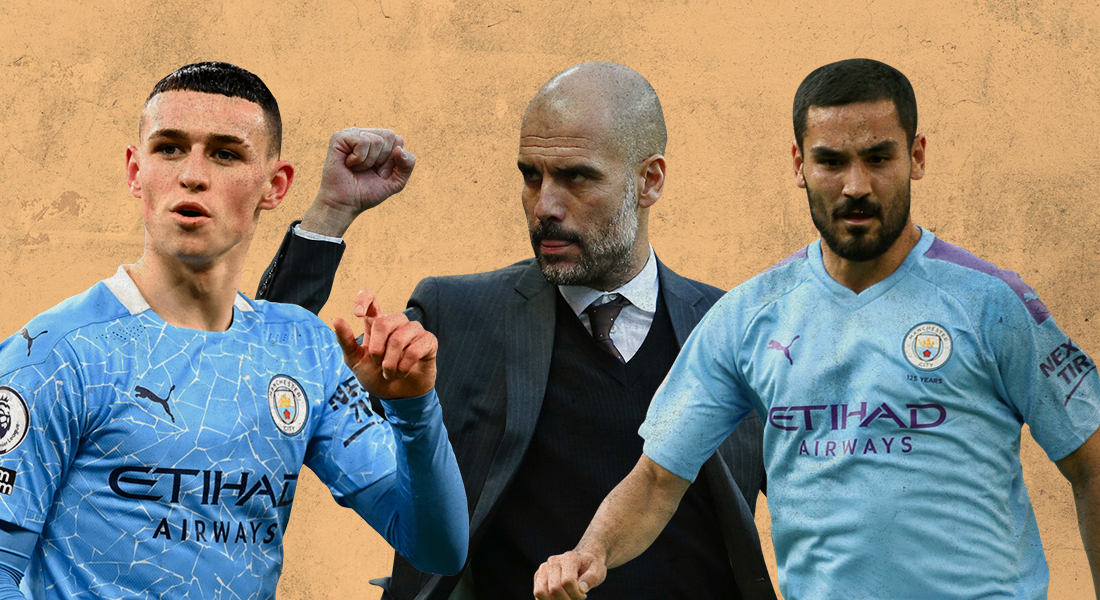 When the 2020-21 season began, everyone had their eyes on the Liverpool squad. Fresh from winning their first-ever Premier League title, it looked like they had started an era of dominance in England. Fast forward almost seven months, and the Reds are not even in the top four standings, while the team from the blue half of Manchester is on its way to a third Premier League title in four seasons.

The Sky Blues are surely destined for greater things, currently leading second-placed crosstown rivals Manchester United by a whopping fourteen points, albeit having played a match more than the record Premier League winners. They have been in imperious form of late, winning fifteen consecutive matches away from home this season.

Guardiola’s side possess the depth and quality to win the Premier League this season and are favourites to clinch the English top-flight title come May 2021. But, in some quarters of the footballing fraternity, there is considerable consensus that the Cityzens can wrap up the title race as early as the end of April 2021.

CAN GUARDIOLA’S SIDE WIN PL BEFORE MAY?

There are not a lot of clubs in the Premier League who have the luxury of the amount of funds that Manchester City have access to, combine it with the tactical genius and shrewd management skills of Guardiola, and what one gets is the recipe for success.

Due to the above-mentioned factors and the inherent quality of players that Manchester City have in their ranks, it is difficult to rule them out as sure-shot winners of the Premier League this season.

City had offloaded a lot of players before the current season commenced, including the likes of David Silva (who recently won the Copa Del Rey with Real Sociedad) and Leroy Sane (who went to his native Germany to play for Bayern Munich). 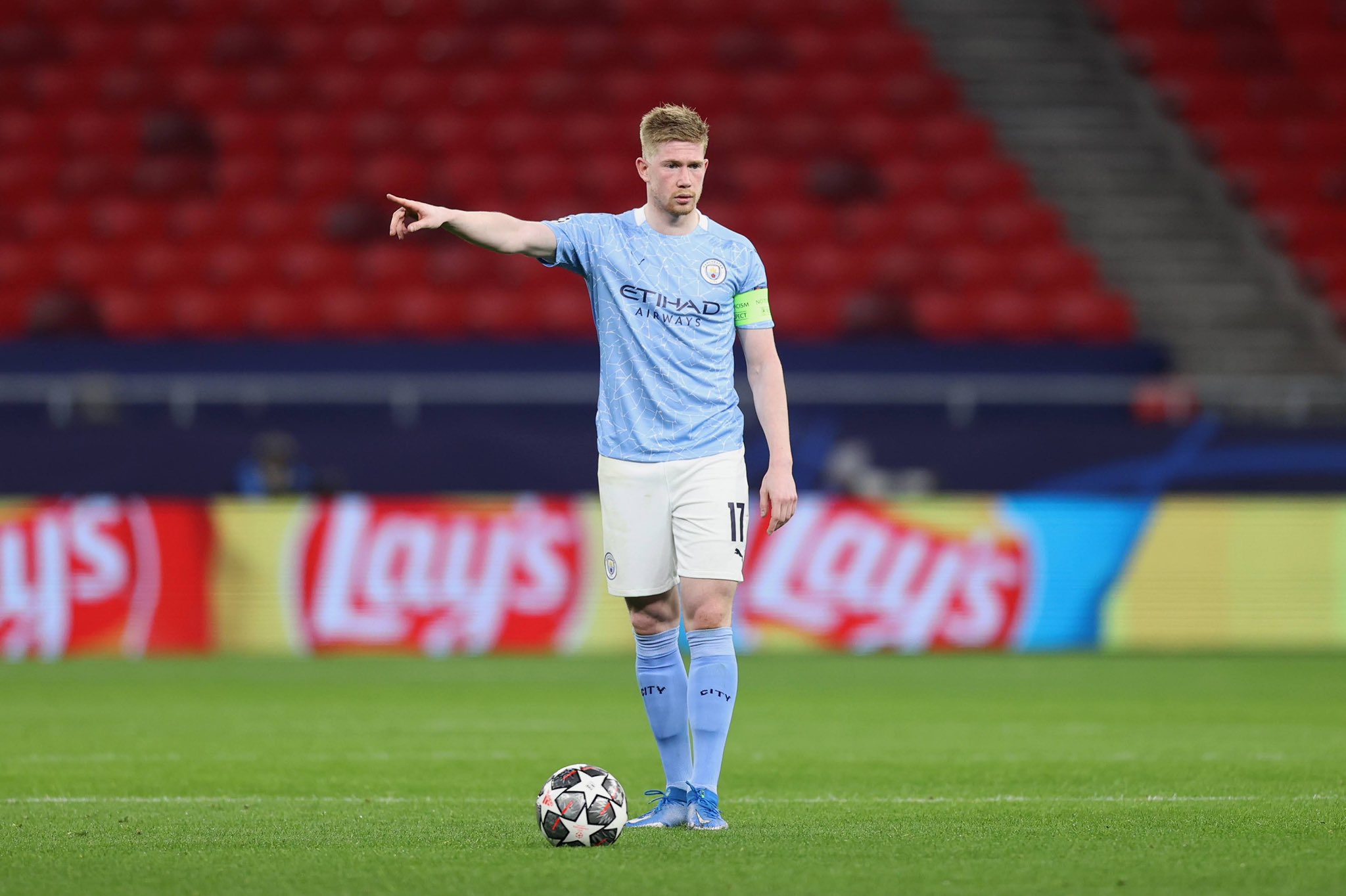 In addition to this, they will be bidding farewell to arguably their greatest player ever, Sergio Aguero this summer. Nonetheless, they look like title contenders not just this season, but many more seasons to come.

Kevin De Bruyne, arguably the greatest midfielder in the world right now, pulls the strings for the Cityzens week in and week out from the middle of the park. His ability to thread beautifully weighted passes, engineer mind boggling attacking moves, and deft shooting ability from range make him City’s most prized asset at the moment.

One must also take into account the squad depth and rotation policy adopted by City in order to assess how the Middle East backed club is still in contention for the quadruple in English football. April is a crucial month for the Fernandinho-led side, as they have a semi-final to play in the FA Cup against Tuchel’s Chelsea and a League Cup Final against Spurs.

With a busy schedule beckoning them, how well Guardiola is able to execute his rotation policy will go a long way in determining how much silverware City lift at the end of the season. Thus, rotation combined with the depth of the squad will surely pay dividends for the Sky Blues. 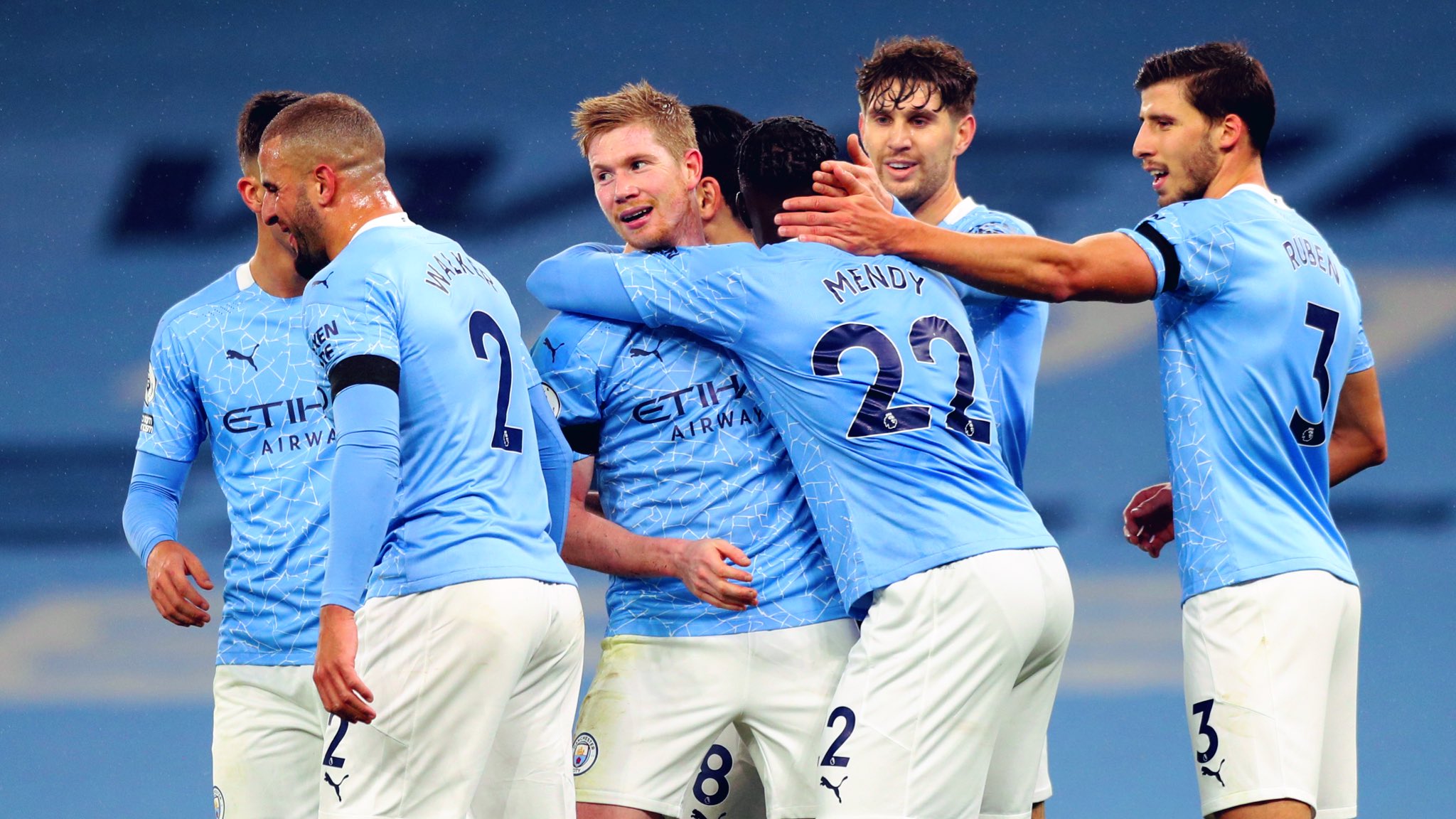 Last but not the least, a relatively favourable run of fixtures when compared to nearest challengers Manchester United will surely spell good fortune for Manchester City.

All these factors when combined, portend that it is the team from the blue half of Manchester that will be lifting the Premier League trophy next month in all likelihood and any title challenge at this stage of the season from any other team in England looks highly unrealistic