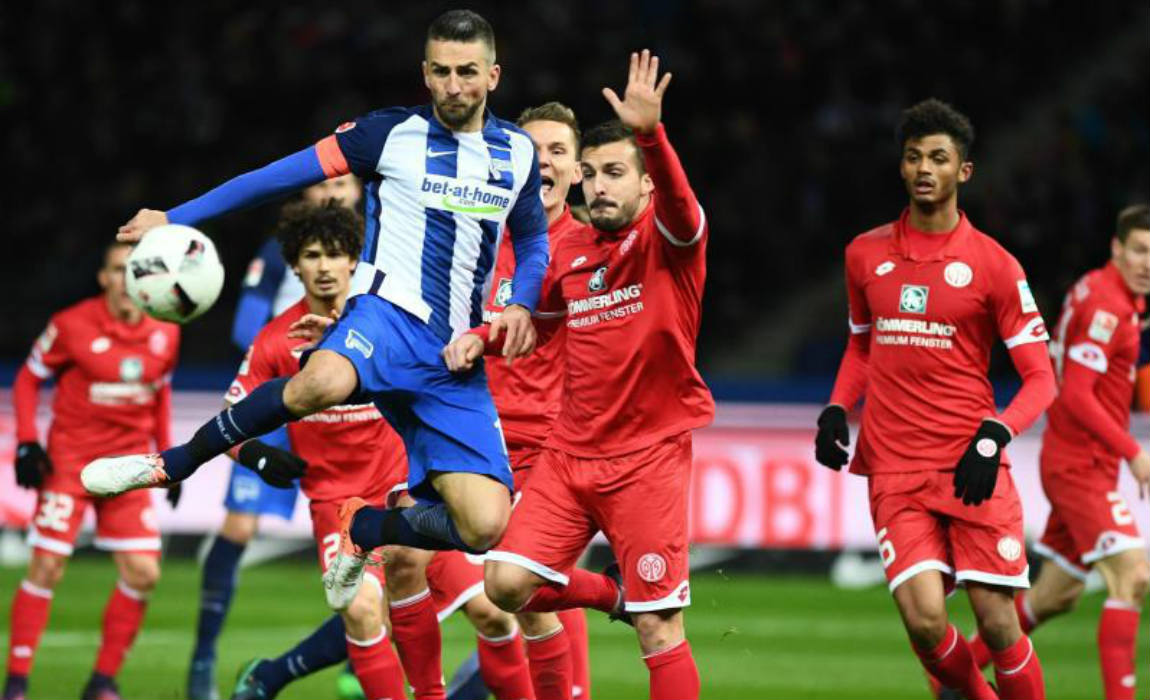 Hertha Berlin came from behind to beat Mainz 2-1 after Vedad Ibisevic provided a brace and Schalke bounced back to edge Darmstadt 3-1 at the closing of the 12th round of Bundesliga action on Sunday. 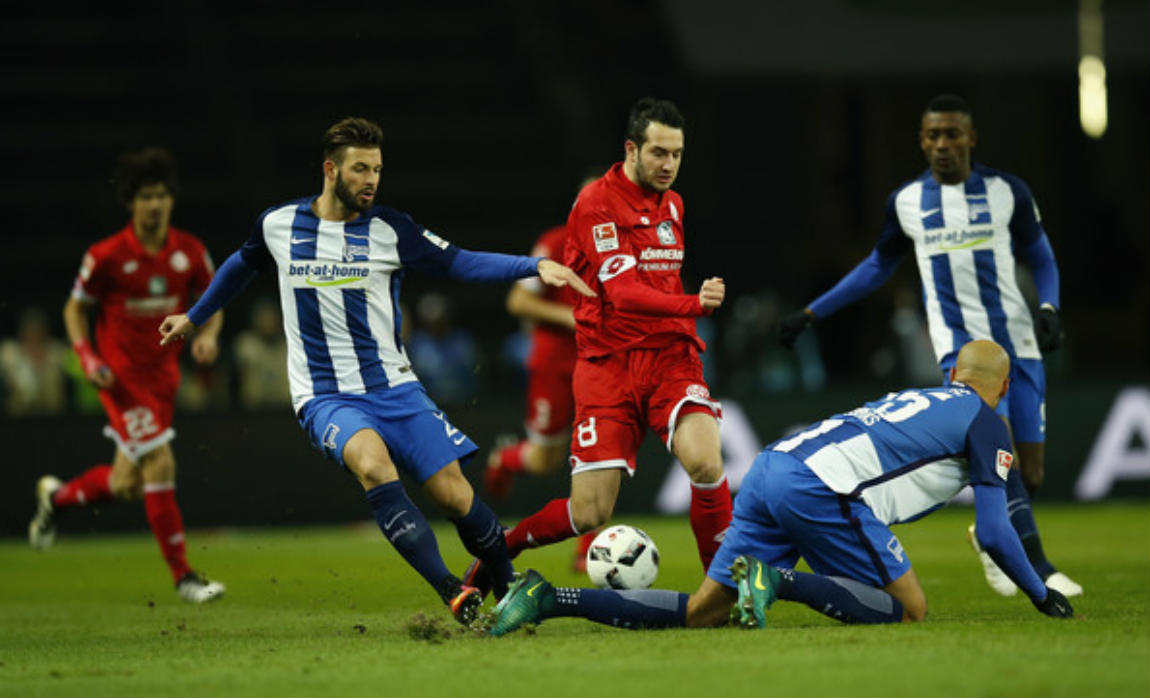 Hertha Berlin snatched their sixth consecutive win on home soil as Vedad Ibisevic scored his 99th and 100th Bundesliga goals to turn the tide against Mainz.

The hosts dominated the proceedings on the pitch in the opening period. It was nonetheless the hosts who broke the deadlock, as Aaron Seydel capitalized on a rebound from close range to slot home 25 minutes into the game. 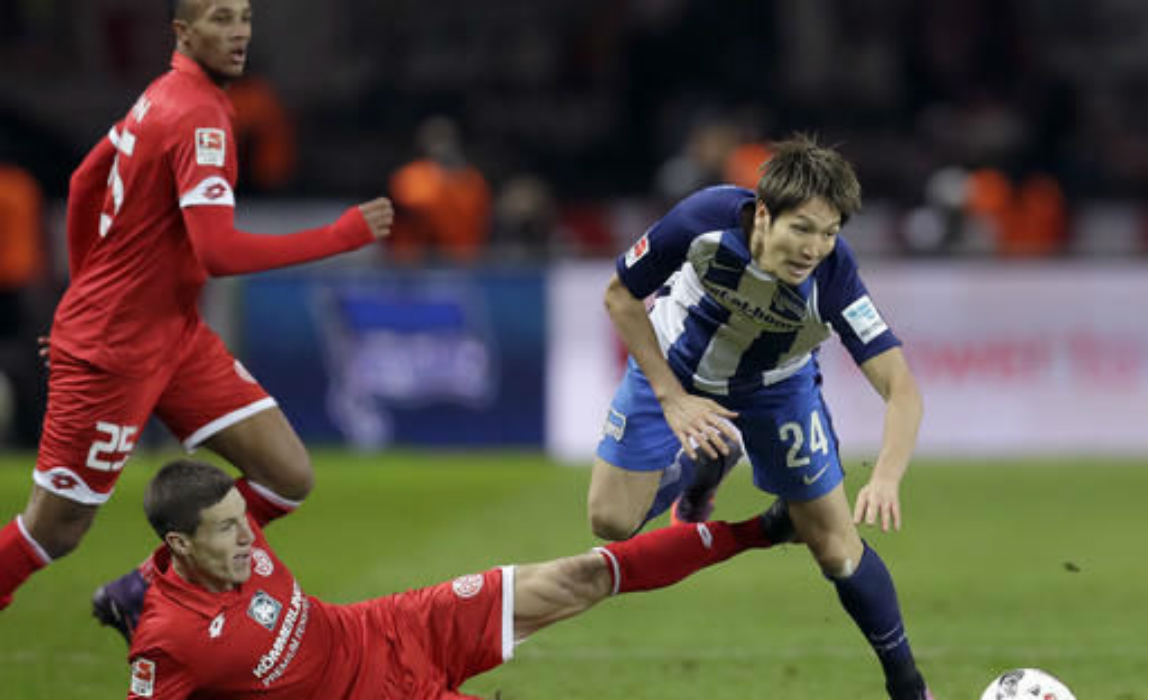 Berlin remained unimpressed and restored parity eleven minutes later when Salomon Kalou teed up for Ibisevic, who curled the ball from the edge of the box into the top right corner.

Mainz suffered another setback after the restart, as Jean-Philippe Gbamin saw his second yellow card of the evening to get his marching orders in the 62nd minute. To make things worse for the visitors, Berlin took advantage of their numerical advantage as Ibisevic poked home the 2-1 lead five minutes later. 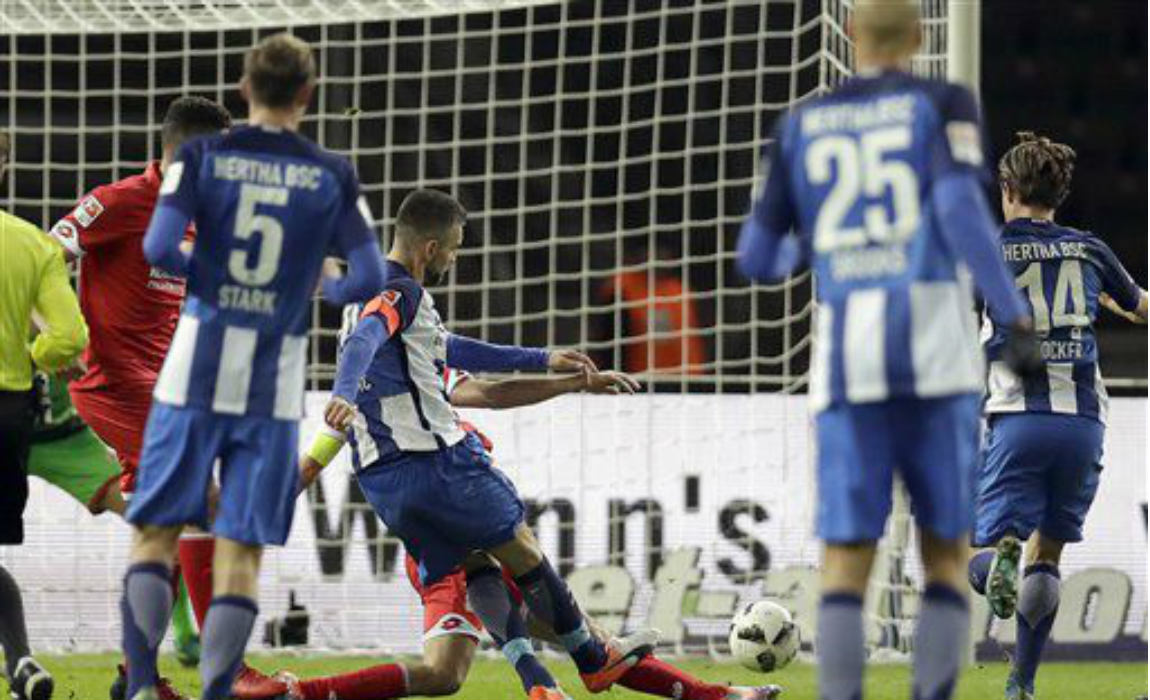 However, the striker was dismissed shortly after, booking his second offence in the 74th minute. Mainz were not able to grab a draw, although Yunus Malli’s free kick rattled the woodwork in the closing period.

With the result, Berlin climbed from 6th to 3rd place, whereas Mainz slipped from 8th to 9th position in the standings. 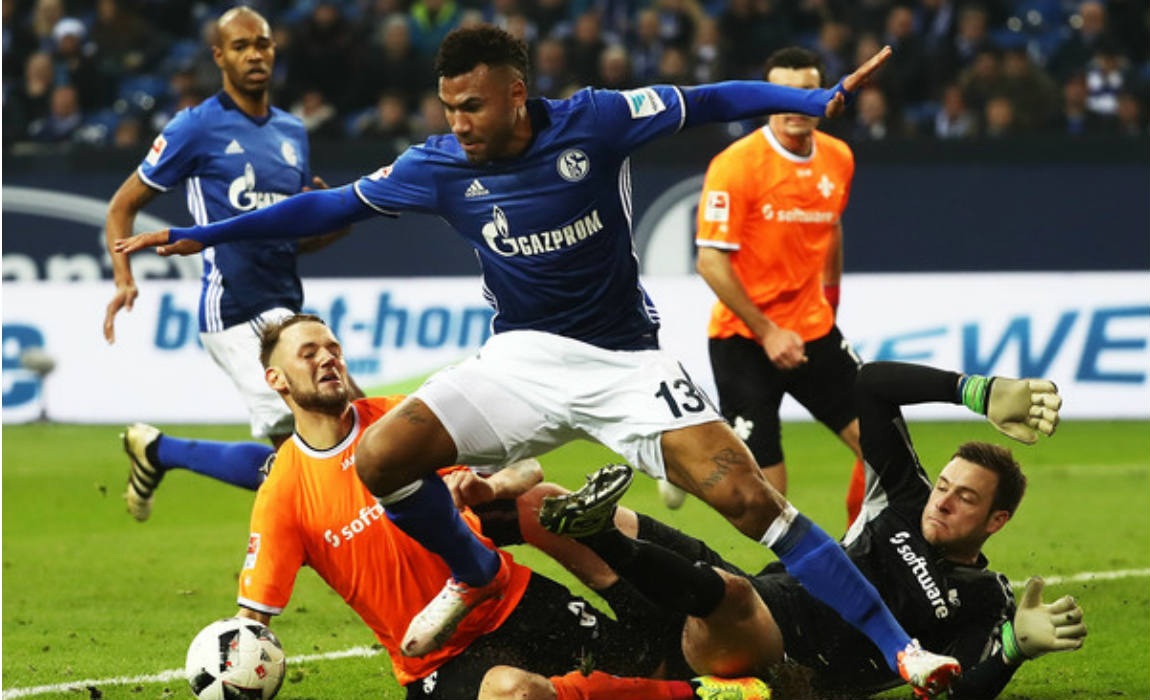 Elsewhere, Schalke extended their unbeaten run to seven games after bouncing back from a 1-0 deficit to bag a 3-1 victory on home soil.

Darmstadt shocked the hosts early in the game, as Marcel Heller benefited on a through ball from Sandro Sirigu to beat Schalke goalkeeper Ralf Faehrmann with a right-footed attack just six minutes into encounter. 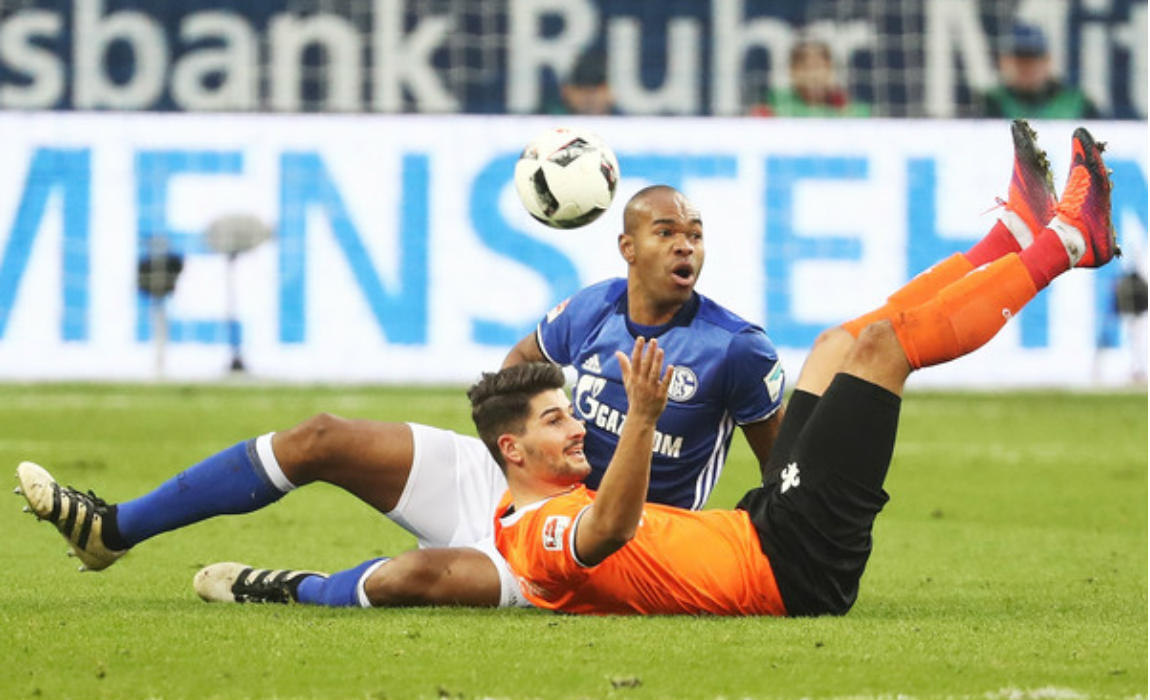 The ‘Royal Blues’ replied within the first half through Sejad Kolasinac, who headed home Eric-Maxi Choupo-Moting’s cross to level the scores. Schalke should have grabbed the 2-1 lead moments later, but Darmstadt goalkeeper Michael Esser defused Choupo-Moting’s foul play penalty.

After the restart, Choupo-Moting made up for his squandered first-half penalty as he tapped in a cross from Max Mayer in the 60th minute to secure the 2-1 lead. 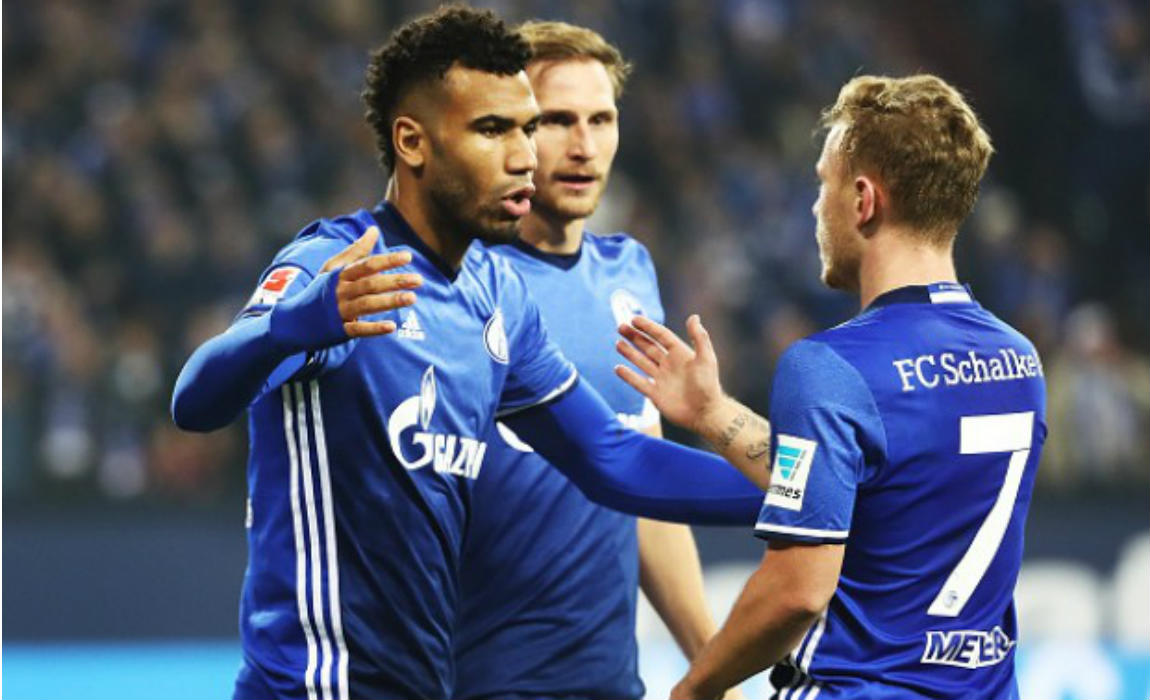 The hosts were not done with the scoring, as Alessandro Schoepf made it 3-1 to seal the deal in injury time.

With the fifth win of the season, Schalke moved from 11th to 8th place while Darmstadt stay in 15th place, the edge of the relegation zone.