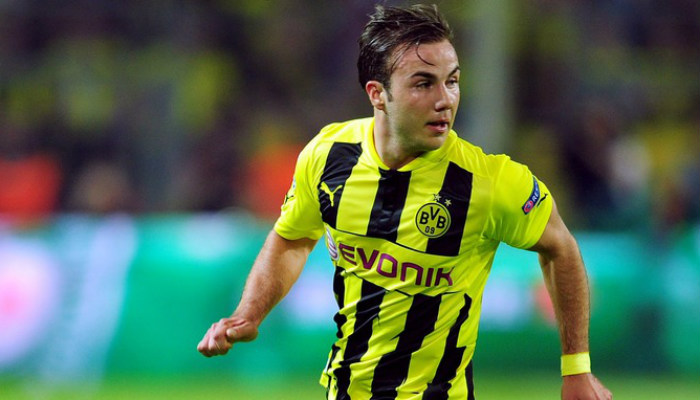 World Cup winning German midfielder Mario Gotze could return to former club Borussia Dortmund this summer and the deal could be finalised by Thursday according to reports in Germany.

Bayern Munich have accepted a bid in the region of €23 million for the young midfielder.

Gotze who has been very keen for a return to Sigunda Park is said to have agreed to take a pay-cut for the move, with his annual salary to drop by €4m, going down from €12m to €8m.

Bayern Munich CEO Karl-Heinz Rummenigge suggested on Wednesday that the deal could be announced on Thursday.

However Borussia Dortmund CEO Hans-Joachim Watzke had earlier said that the deal was not finalized yet, but Rummeinigge said it could change in the next 24-hours.

“I can confirm that talks with Borussia Dortmund have taken place.

“There have also been talks with his agent, but the deal is not done just yet. Both clubs will have to reach an agreement over a transfer fee first.”

Gotze joined Bayern Munich in 2013 from Borussia Dortmund but has since found himself warming the bench on most occasions.

And Rummenigge said that he wasn’t surprised that the 24-year-old wanted a move back to his former club.

“Gotze has been at Bayern for three years and it did not work out for him,” he said. “I am not surprised that Gotze wants to leave. He is 24 and needs to play regularly.”

Gotze made just 14 league appearances for the German champions last season, partly due to injuries.

Gotze has had a silver-laden 3 years at the Allianz Arena, winning three league titles, two DFB-Pokals, the UEFA Super Cup and the Club World Cup .