Has Mourinho Made A Major U-Turn Over Schweinsteiger As He Returns To Training With Man Utd First Team?

Earlier, the 32-year-old midfielder was dropped from the 25-member Europa League squad and was also missing from the club’s recent team photograph. However, it is now believed that Mourinho has reversed his decision to add more options in Man Utd’s struggling midfield. 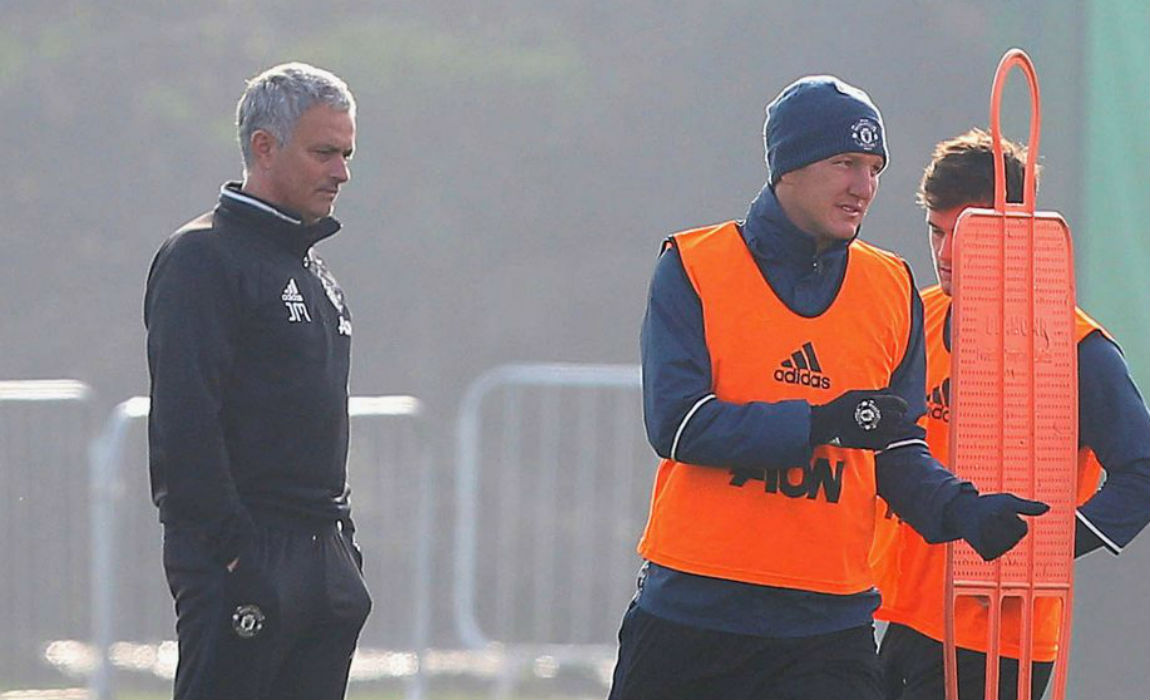 Recently Manchester United’s reserve team manager Warren Joyce had asked permission to use the out-of-favour German midfielder – whose currebt wage packet is £170,000-a-week. But foottheball sources had claimed that Mourinho had rejected his request and strictly prohibitrd the German from playing for any United squad at any level.

Phil Jones also returned to training after recovering from a serious knee injury that had kept him out of action since Mourinho took charge at Manchester United. 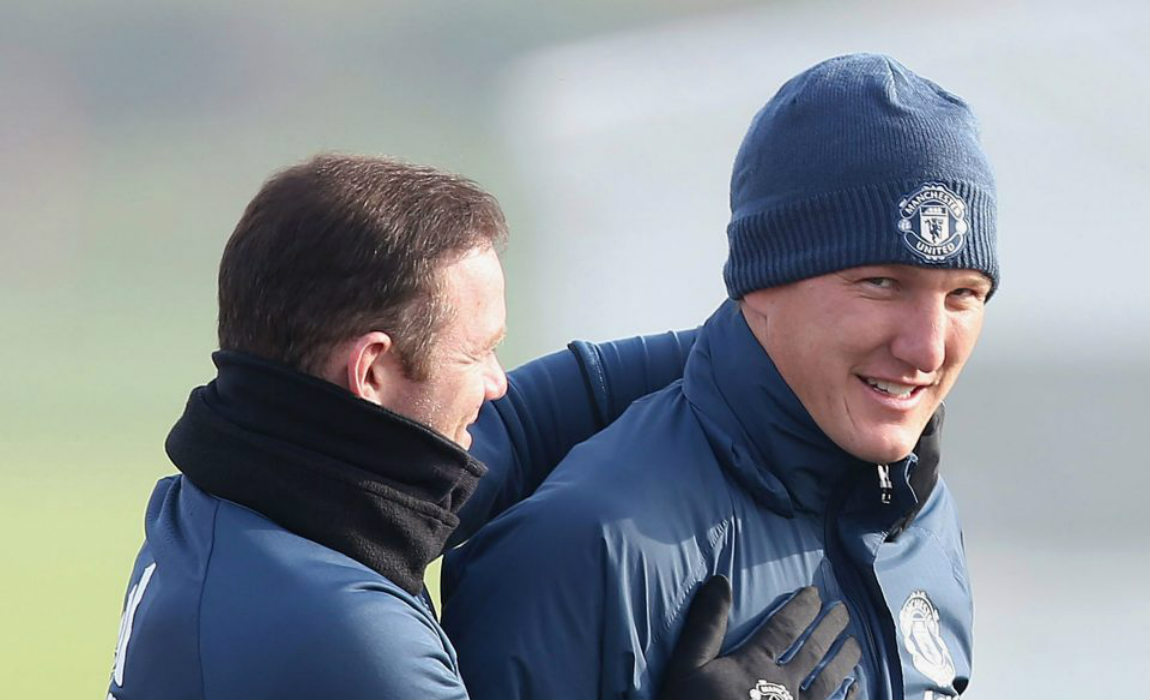 Jones had struggled to regain full match fitness and made only 13 appearances in the 2015/16 season.

Mourinho will have to work without the services of ace defender Eric Bailly, who suffered a knee injury in the 4-0 defeat against Chelsea and now the return of Jones is expected to provide a huge boost in the defensive department. 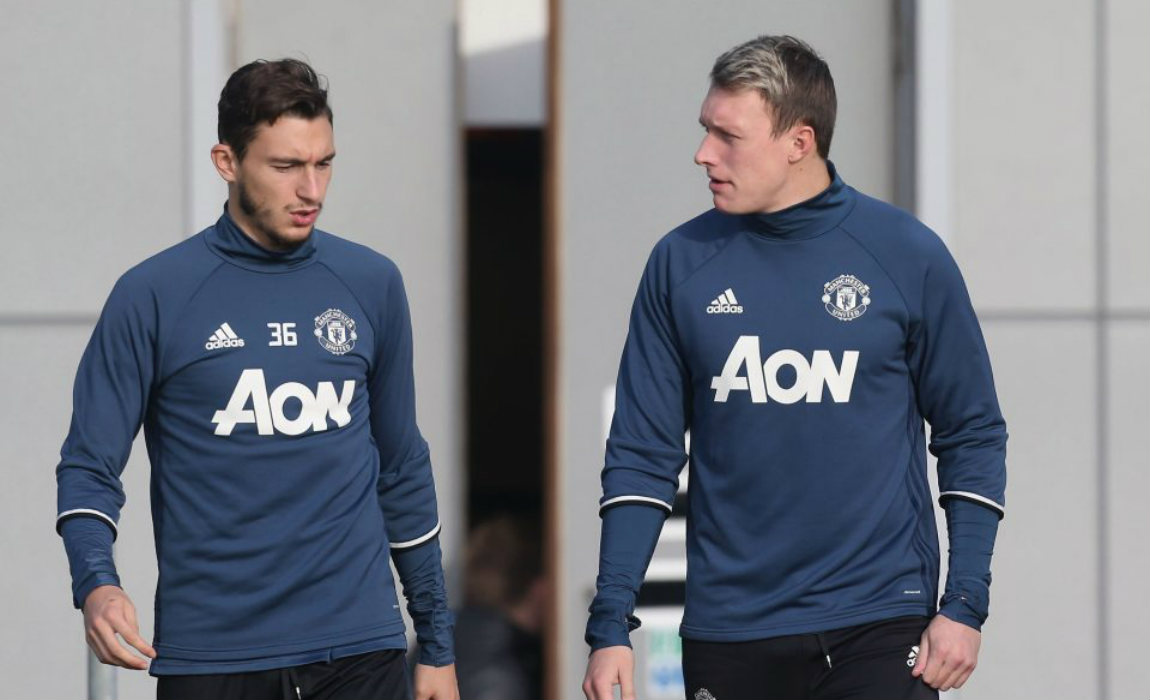 Birthday boy Marcus Rashford, who turned 19 on Monday, looked confident as he marched towards the first team training ground at Carrington along with youngster Sam Johnstone.

And former England and Newcastle United legend Alan Shearer accentuated that it is high time that Mourinho should pair up Rashford with the Swedish legend Zlatan Ibrahimovic. 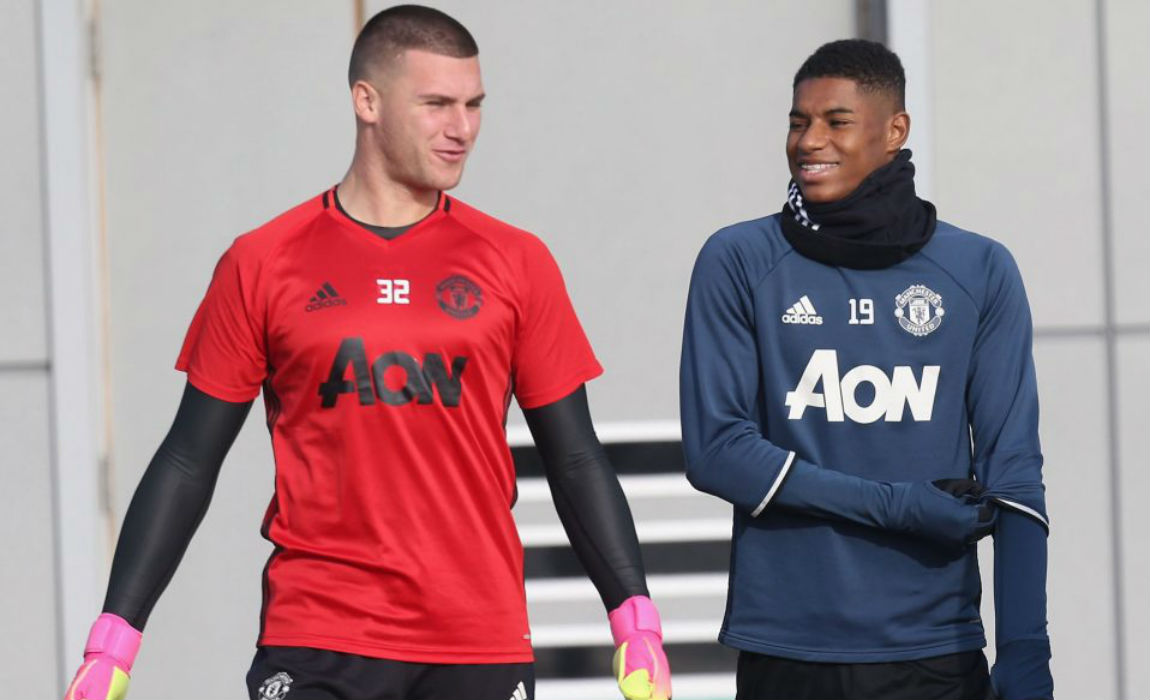 Shearer said: “He looked better when Rashford went up front with him in the second-half. It added more pace to the game.”

“Ibrahimovic has never been blessed with great pace, but when you get to your thirties, you lose a yard of pace. Craig Bellamy came to help me at Newcastle with his pace.”

“I feel as though that’s what Manchester United need, to have him up front along with Rashford to ask more questions going in behind rather than facing up all the time.”