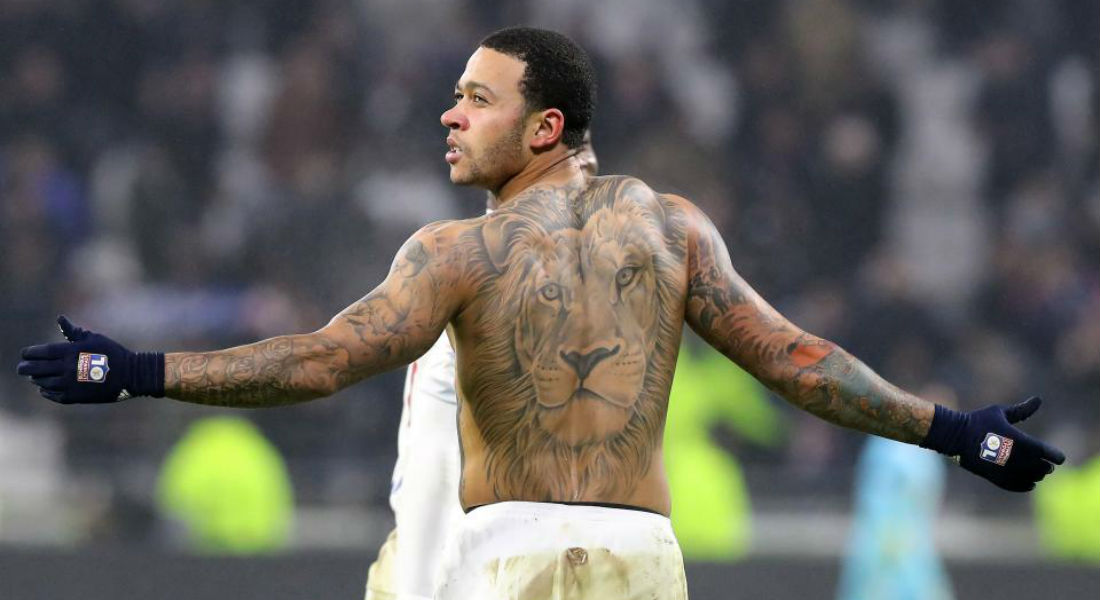 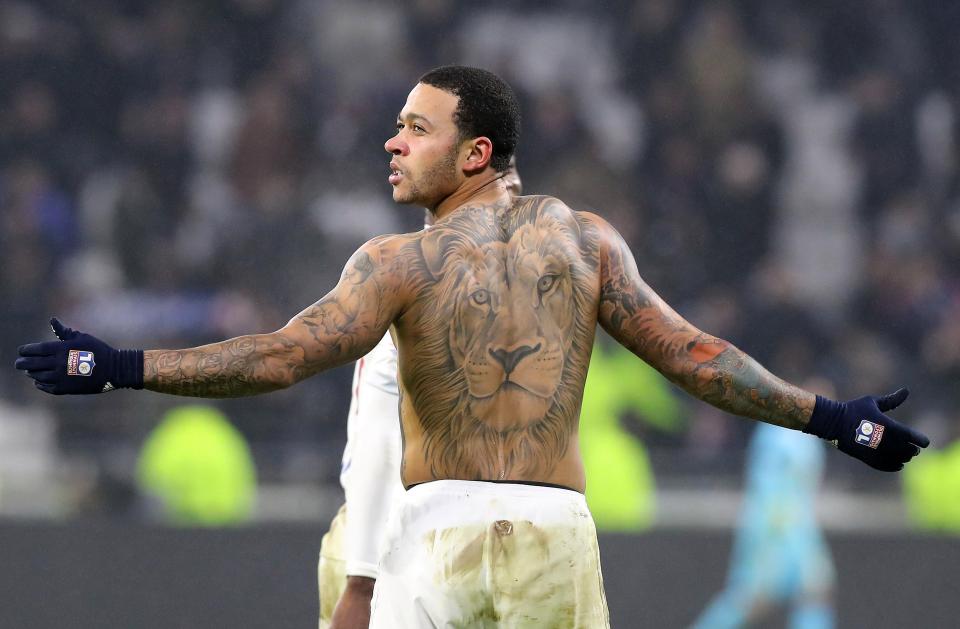 PSG were without their injured Brazilian star Neymar, who scored a quadruple in Wednesday’s 8-0 demolition of Dijon.

Nabil Fekir broke the deadlock for Lyon only two minutes into the match. He scored his 16th goal of the campaign with a sublime free-kick. 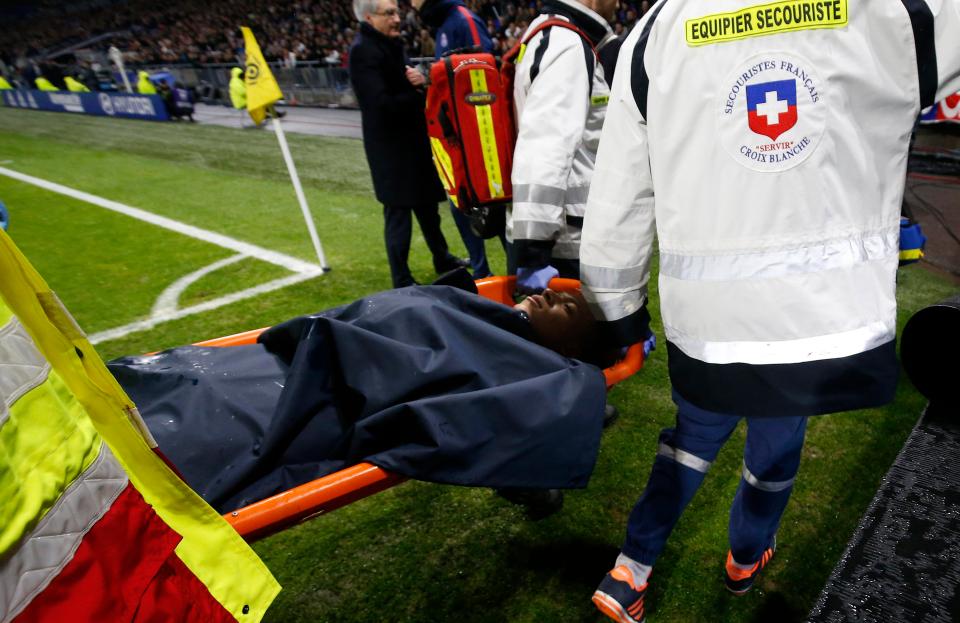 On a bad night for PSG, Kylian Mbappe went off with a head injury

Another spectacular shot arrived on the stroke of the second half, as PSG defender Layvin Kurzawa finished a left-footed volley that went just under the cross bar.

PSG were reduced to 10 men shortly after the restart. Dani Alves, who fed Kurzawa’s for his eye-catching goal, was sent off for a foul on a Lyon player.

The Brazilian right back’s furious response to the referee prompted the official to show him a red card instead of a yellow. 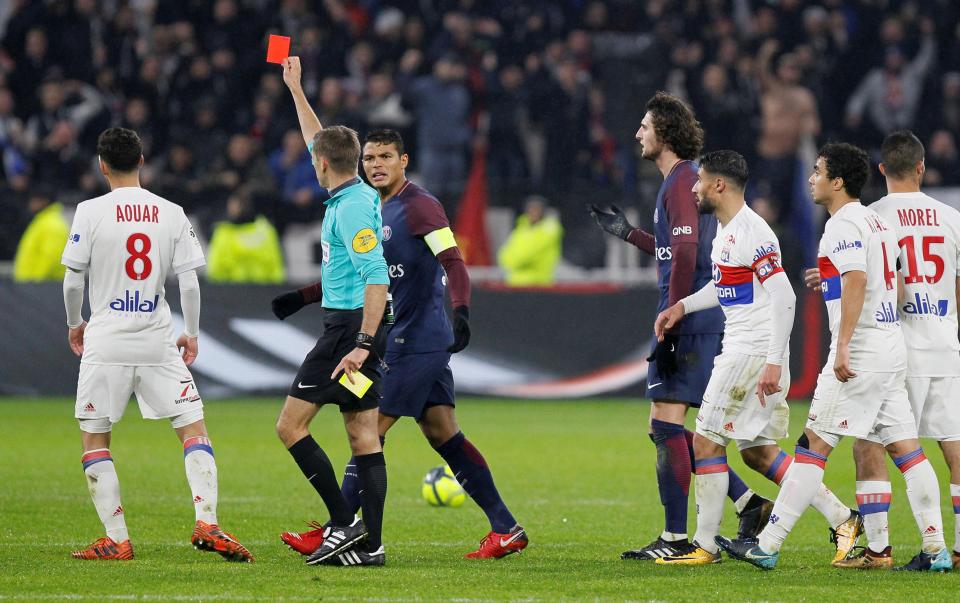 After wasting several chances, Lyon converted their advantage in the dying moments of the game; Depay smashed an unstoppable shot that produced  no response from PSG goalkeeper Alphonse Areola.

The win sealed Lyon’s position on the table. They are now second and trail PSG by only eight points. 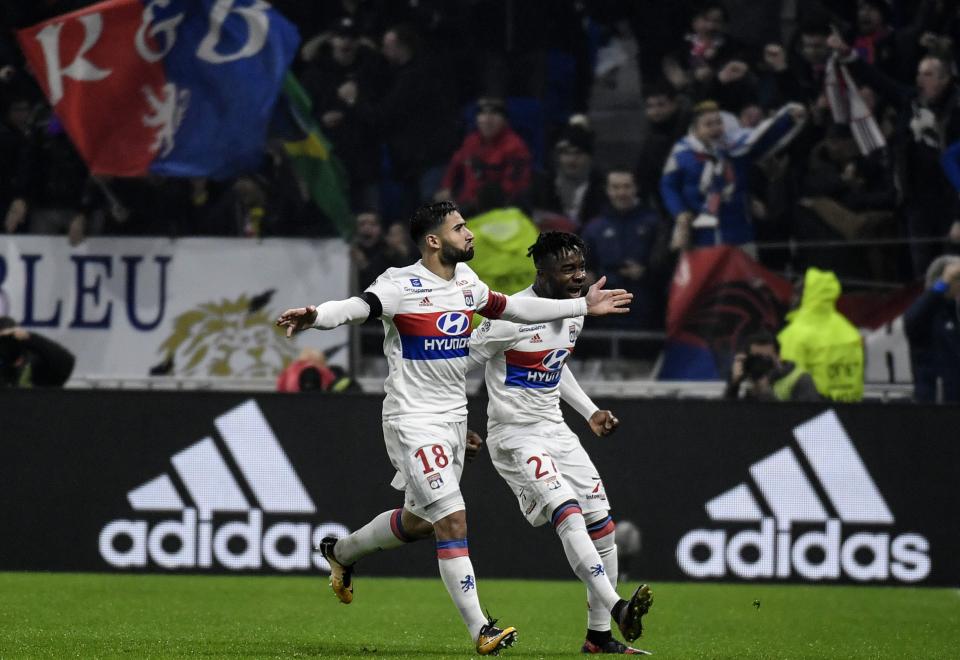 Monaco 3-1 win over Metz was kick started by Falcao late in the first half. Falcao managed to beat the offside trap, his shot was blocked by the goalkeeper, but Brazilian left-back Jorge was in position to fire a brilliant left-footed volley into the corner of the goal.

Metz goalkeeper Kawashima Eiji was sent off in the 50th minute following a reckless foul on Adama Diakhaby outside the box. 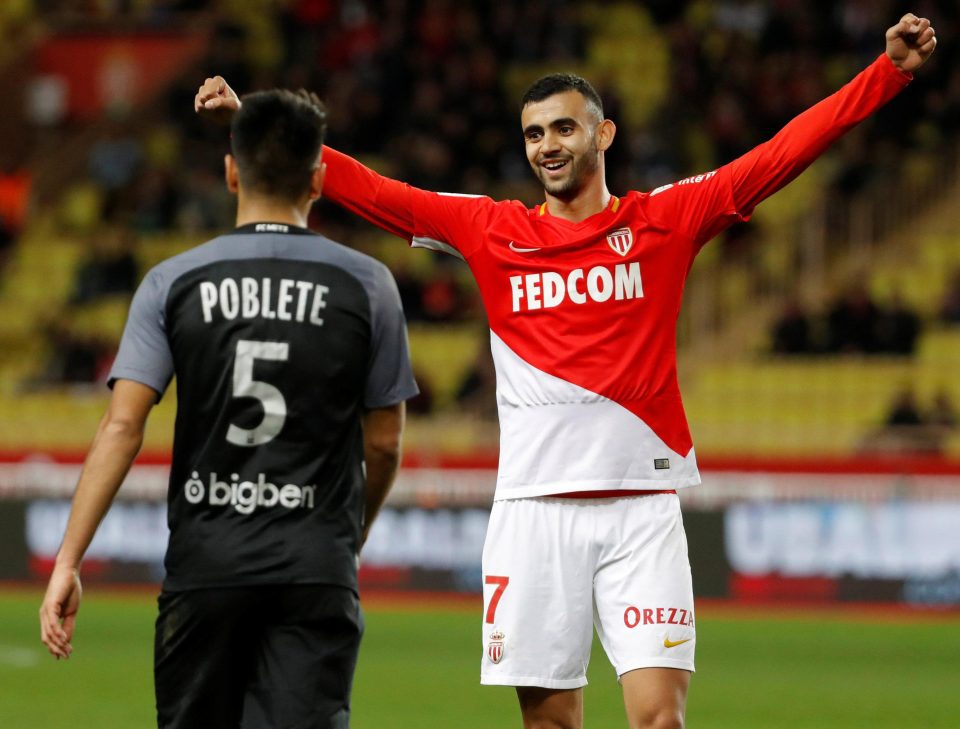 Monaco is currently fourth on the Ligue 1 table, trailing Lyon and Marseille by two points and one point respectively. Metz is at the bottom of the table with only 15 points from 22 matches. 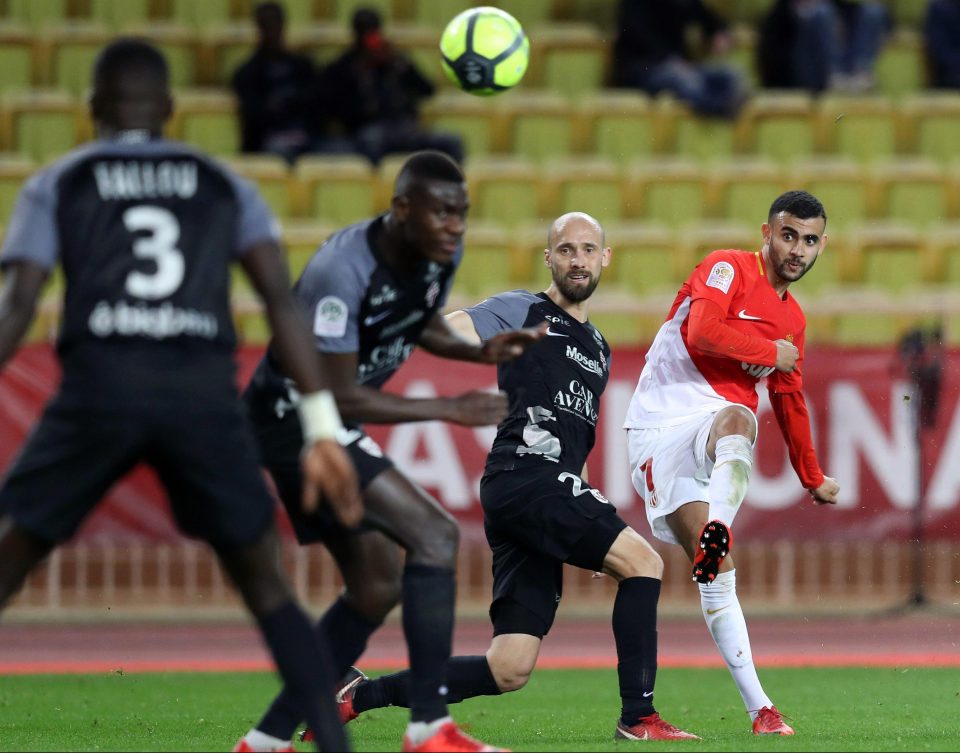 Rachid Ghezzal curves his goal for Monaco in the 67th minute

Also on Sunday, Wylan Cyprien, who came back earlier this month from a serious knee injury, scored his first league goal in ten months, lifting Nice to a 1-0 home victory over Saint-Etienne. 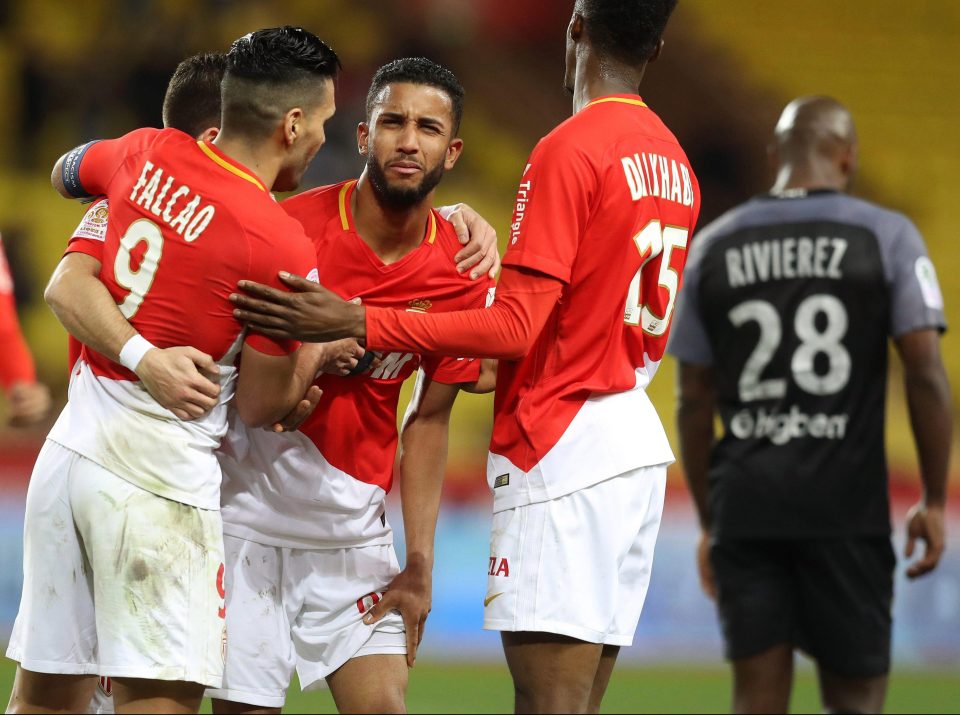