The UEFA Champions League Final was everything expected from a final match between the renewed and rejuvenated Juventus and La Liga champs Real Madrid! But only one team can win…

There was a faint hope to see Buffon lift at least one UCL trophy but it wasn’t to be as Los Blancos scored a stunning 4-1 lead in the final stages of the game.

Check out all the highlights of the match

Go to top
83′ Ramos dives to get Cuardado off! Second yellow and RED card to Cuardado, Juve reduced to 10-man…

Go to top
81′ Real Substitution: Isco out, Asensio in

Go to top
77′ Juve Substitution: Dybala off (who?) Lemina on

Go to top
Forza Juve? Juventus have now conceded as many goals in this game as they had in the rest of the campaign

Go to top
65′ Juve Substitution: Cuardado in, Barzagli out

Go to top
Btw, Mandzukic becomes the 3rd player to score in either a European Cup or UCL final for 2 different teams

Go to top
42′ Dani gets a Yellow, Carvajal gets a card, Zidane gets mad

Go to top
If Ronaldo score 2 more in this Champions League Finals, he will match Alfredo Di Stefano’s record of scoring in 5 European cup finals

Go to top
Juve looking excited with back to back shots on target as Real seem to trip up, interesting first 7 mins

Juventus are aiming for their first European title since 1996. ?#UCLfinal pic.twitter.com/knfbTAVzit

The roof is closed. The scene is set. #UCLfinal pic.twitter.com/silKm1MMRm

? Two of Europe's great teams will soon lay siege to the National Stadium of Wales …

Go to top
Zidane in training. He still has the touch.

Making sure the playing surface is perfect for the #UCLfinal pic.twitter.com/Mne4Kv49sO

When Zidane was reunited with former team-mates in Cardiff…#UCLfinal pic.twitter.com/LWFiiYQtiL

Go to top
And Cardiff is getting excited and ready for the biggest European showdown of the season.

Awesome atmosphere & activities at #UEFAChampionsFestival in the Bay. You’ll be spoilt for choice! #Cardiff2017 #UCLfinal pic.twitter.com/KLB1LWgNHy

Go to top
And the Ronaldo hype gets bigger and bolder

ALSO READ: Spat At, Kicked And Pelted With Eggs – Now Allegri Is On The Verge Of History With Juventus

ALSO READ: Will Real Madrid Be Able To Retain The UCL Title Or Will Juventus Shatter Their Hopes?

The mind that is always on! Ready to create the #UCLFinal. #ItsTime #HereToCreate #ACE17 pic.twitter.com/vFbGspryAN

Already legend, but now #ItsTime to win it all. #UCLFinal pic.twitter.com/rEdK6r5H1d 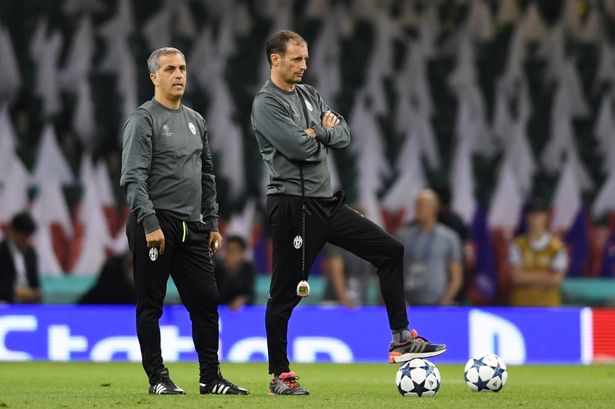 “How we’re going to tackle tomorrow’s game is with total tranquility and serenity. We’ve worked all year for this. It won’t be easy because Real Madrid are the defending champions, but we know what we’ve built over the season and we’ll try to give that little bit more than Real Madrid.”

“We have worked for a whole year. All the trophies, and all the victories we’ve had this year, have been a sort of training for tomorrow. We have to win. It’s one game; you need to analyse the game and see when to attack, when to defend and, if we’re able to do that, we have a chance. But we need to feel relaxed and confident that we’re able to win the trophy.”

“In 2015 we got to the final and deserved to, but at the same time perhaps we were not really strongly motived – maybe we didn’t feel confident enough after struggling for a few years in the Champions League. We didn’t get to the final by chance, but we didn’t expect to win. This year is different. Last year we had a good season in the Champions League and lost to Bayern in the last minute. We’ve been growing gradually. Now it’s completely different.” 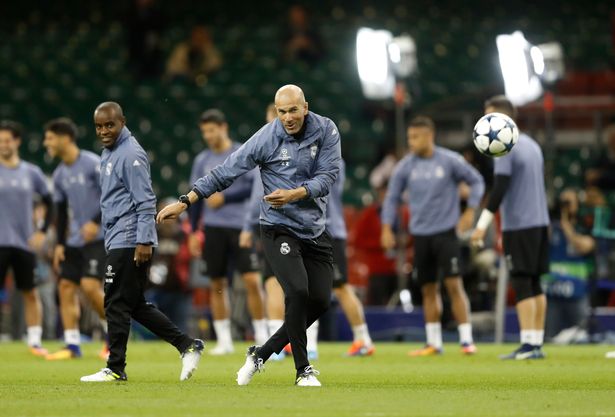 “We’ve done a lot of work all season, to win the Liga and to get to this final. What’s most important is that we’re all prepared, and we are. In football, you have to give it your all. I’ve lost many matches, so I know it’s possible to lose. It’s the same for Juventus. We’re going to try to play our game; we know we’re going to play against a great team. What everyone who likes football wants to see is to see a great final.”

“We know all about pressure at Real Madrid. We’re always favourites, but in reality in a final there are no favourites. We’re not favourites, nor are Juventus. It’s 50-50. But we’re in the final again, and everything is possible. I expect an open game on both sides. I’ve lived and been at Juventus, in Italy there’s the famous catenaccio, but Juve don’t just have that. I expect an open game.”

“Cristiano is a good person, because he’s worried; he worries about the others. What’s really important is what he does professionally. He always wants more. Even if it’s a training session, he wants to win there as well. What this gives the team is that he always wants to win. He has something inside; he’s a born leader, especially on the pitch.” 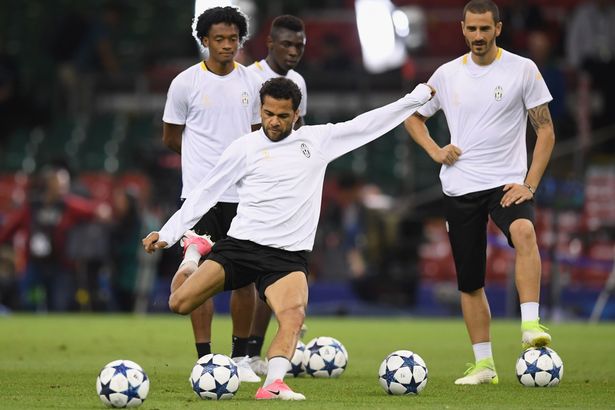 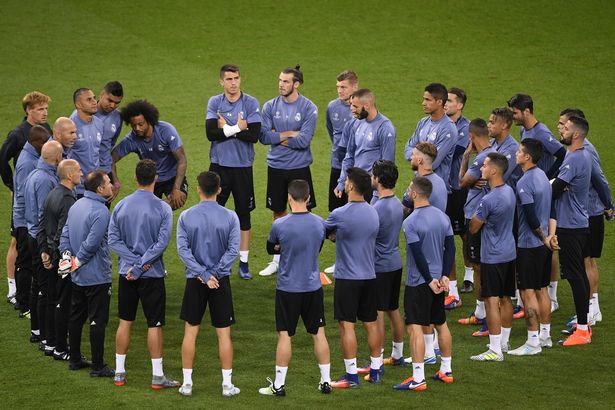 Real Madrid have reached the final for the third time in four consecutive seasons.