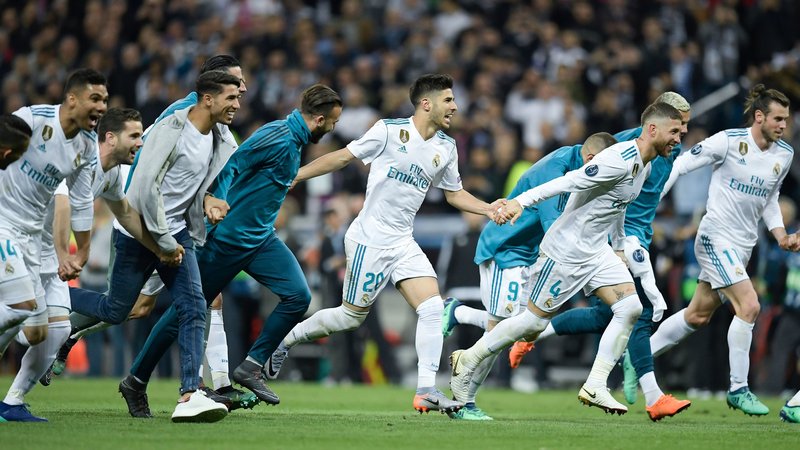 Following a 2-2 draw at home with Bayern Munich, Real Madrid advanced on aggregate 4-3.

Bayern created enough chances to have gone through but on a day when both defenses suffered Navas was the difference which saw his side through.

Real Madrid coach Zinedine Zidane finally decided not to risk the fitness of defender Nacho Fernandez after a month out and left him on the subs’ bench with Lucas Vazquez dropping back to right back to cover for the injured Dani Carvajal.

There was a surprise in the Madrid midfield with Mateo Kovacic replacing Casemiro in the defensive midfield role, while Marco Asensio started for the injured Isco.

Meanwhile Javi Martinez was a late absence for Bayern after failing to recover from a head injury suffered last week.

Joshua Kimmich put Bayern 1-0 ahead from close range only three minutes into the duel as defender Sergio Ramos failed to deal with a cross from the Bayern right.

But Madrid were quickly level thanks to Karim Benzema’s far post header on a Marcelo cross.

Benzema has been criticized by the Madrid fans this season, but easily slipped the marking of David Alaba before heading home.

The game took on a shape with Bayern looking to pressure Madrid, who in turn found space on the break. Marcelo should have done better on the left for Madrid, while Bayern, who looked time and again to exploit Lucas’ inexperience in defense, saw Muller have a weak shot saved, before Keylor Navas did well to deny Lewandowski with James Rodriguez somehow putting the rebound over the Madrid crossbar.

Ronaldo brought a save out of Sven Ulreich and a thrilling half ended with Bayern denied a penalty after a clear handball from Marcelo in the Madrid area.

Madrid took the lead straight after the break following an inexplicable error from Ulreich, who totally missed a simple backpass allowing Benzema to simply tap the ball into an empty net.

Alaba was close to a quick response for Bayern but Navas saved well before Ronaldo fired over at the far post when he should have made it 3-1.

More goals looked likely and it was James Rodriguez who scored for Bayern to make it 2-2, firing home from a narrow angle after his original shot from the edge of the area had been blocked. The Colombian, who is on loan at Bayern from Madrid didn’t celebrate out of respect.

Zidane brought Bale and Casemiro into the action for Benzema and Kovacic, but have Navas to thank for another reflex save to deny Alaba with 16 minutes remaining and for another block deep in injury time when Lewandowski again looked to poach the winning goal.