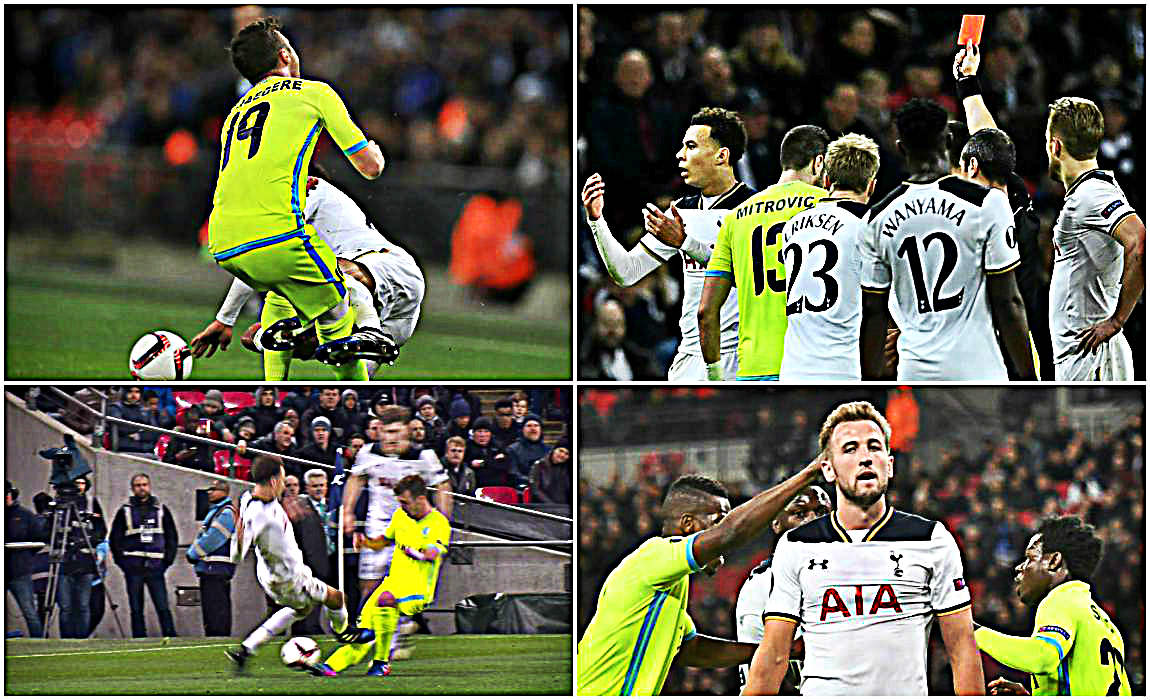 Spurs superstar Dele Alli was shown the red card after a horror tackle against Gent as Tottenham Hotspur crashed out of the Europa League. 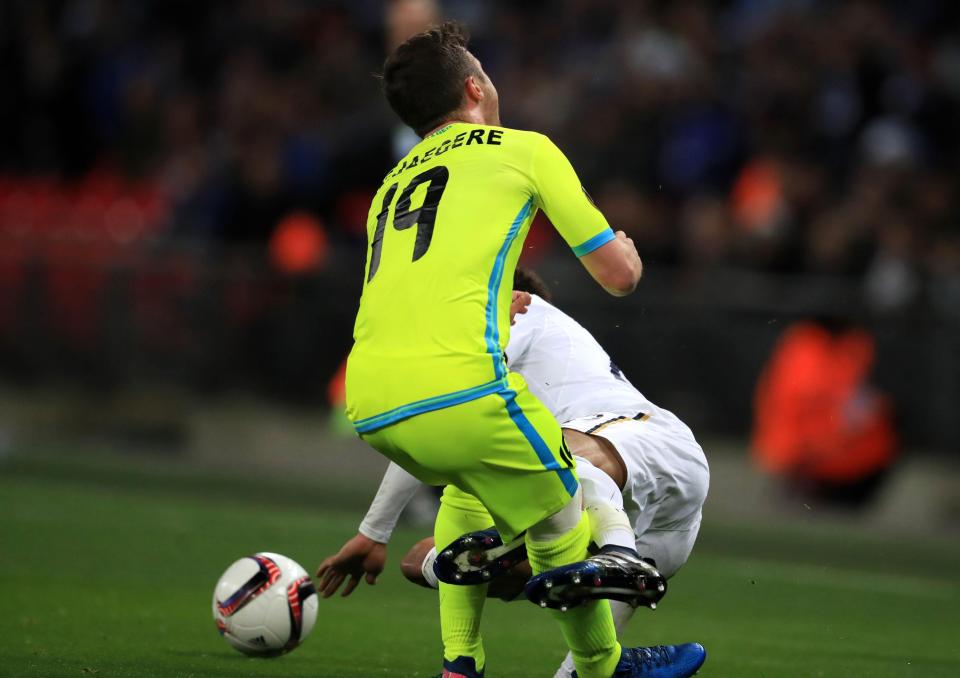 The English midfielder was desperate to win the ball in the midfield when it seemed out of his reach and he lunged in high on Brecht Dejaegere’s shin.

The offensive tackle left the referee with no other option but to send Dele Alli off – with the replays manifesting that the horrific tackle could have cause perpetual damage to the Gent player. 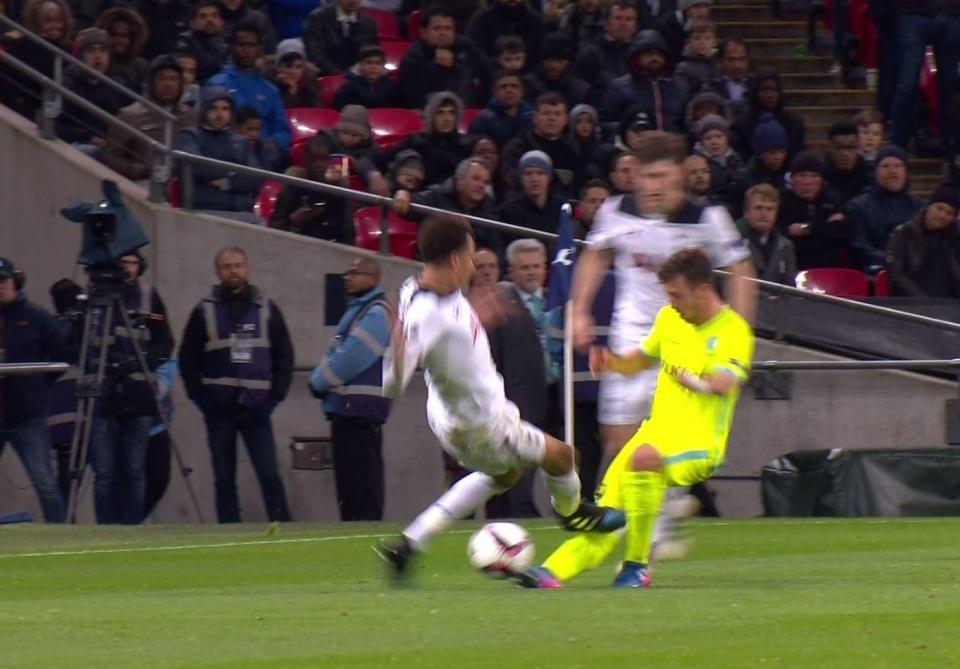 In the past Alli drew a lot of criticism for his tackling techniques and now his critics might be surprisd that this was the first ever red of the English midfielder’s career.

“He’s obviously disappointed not to get a free kick earlier, but it’s a leg breaker.” 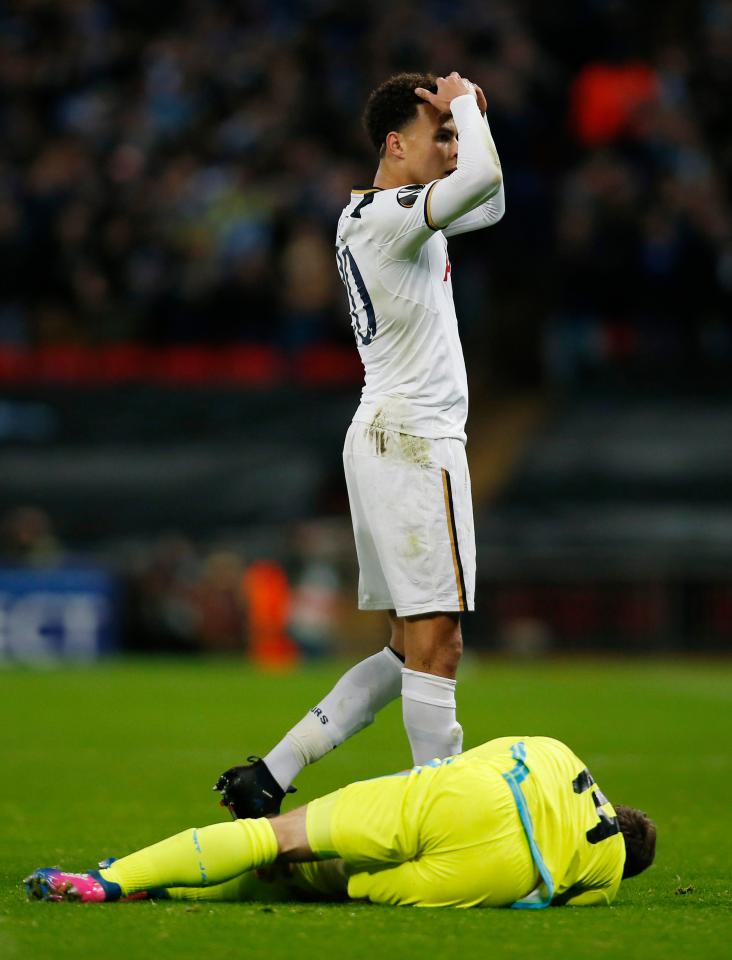 And Harry Redknapp added: “It could have finished the guys career, it was disgusting.”

Gent midfielder Dejaegere looked in pain after the lunge, but he pointed towards his bench and the physio to confirm that he was fine to remain in the game. 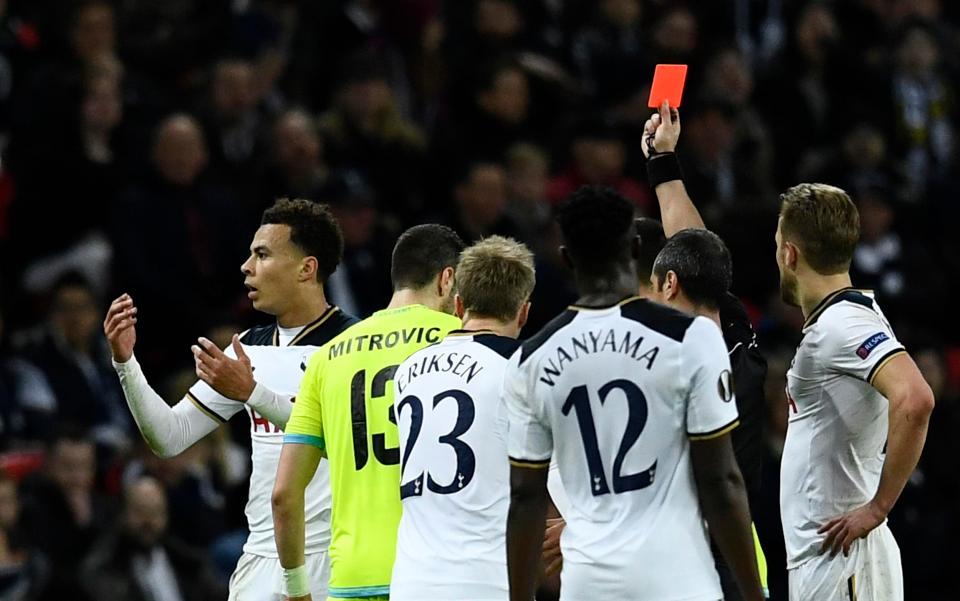 The Gent man remained on the pitch during the entire half-time break, judging the condition of his leg before getting back in action in the second half. Pochettino’s Tottenham Hotspur crashed out of the Europa League as they were held to a 2-2 draw in the second-leg clash with Gent – exiting 3-2 on aggregate. 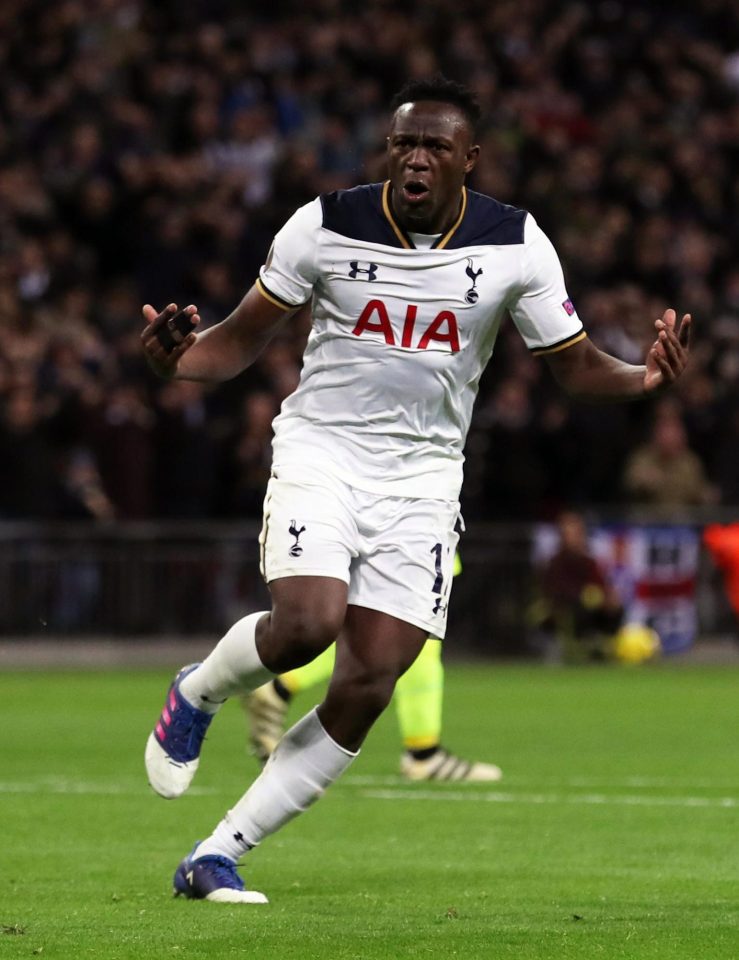 Christian Eriksen and Victor Wanyama found the net for Spurs but a Harry Kane own goal and goal from Jeremy Perbet paved Gent’s passage into the last-16 of the Europa League. 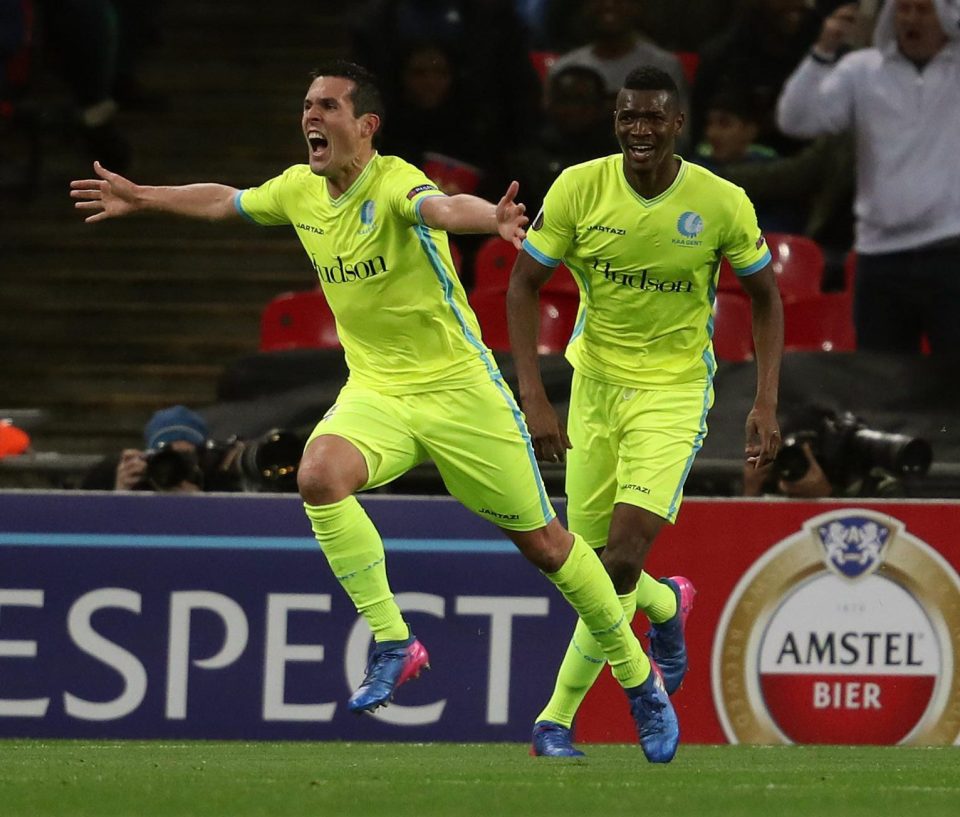