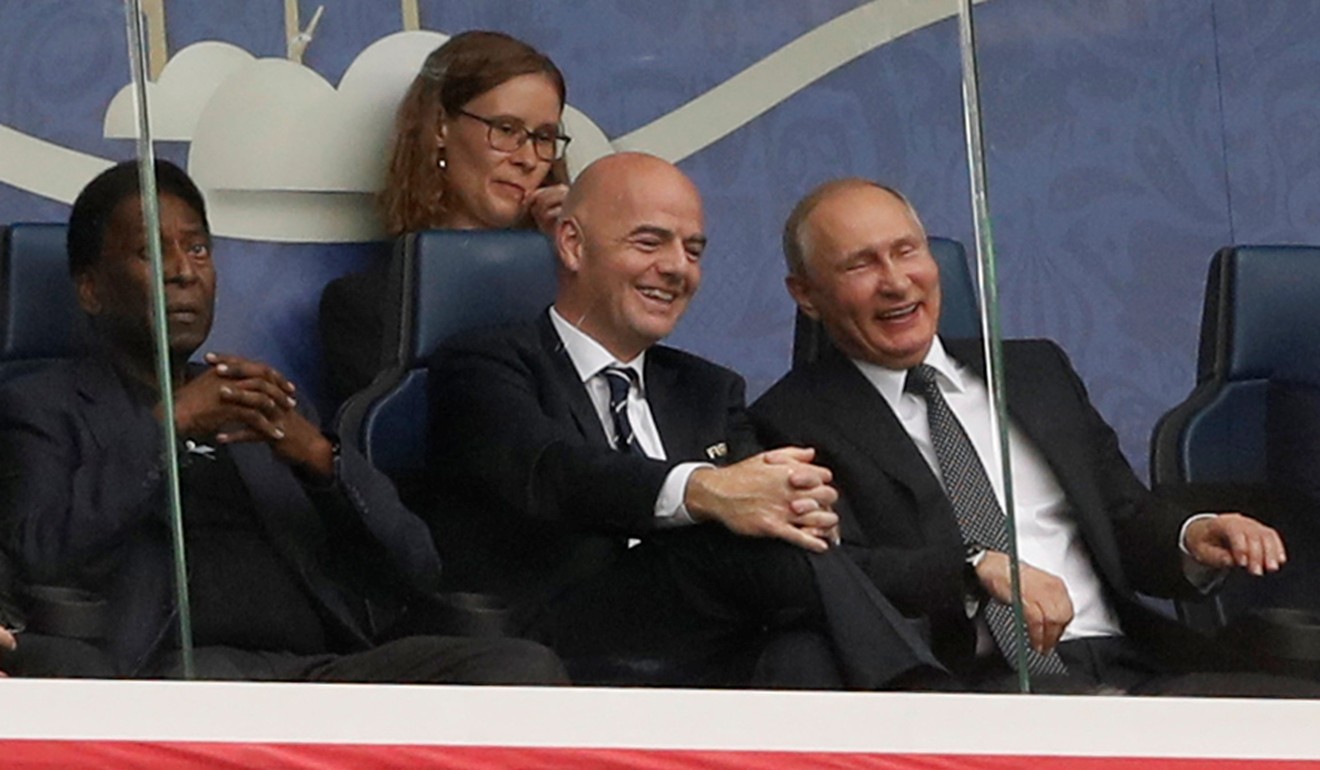 The World Cup was a success, especially for France, Russia – and FIFA. But the football world’s governing body cannot rest on its laurels.

After all, one better-than-expected tournament cannot erase a series of major scandals. These include the infamous decision by its executive committee to award the 2022 finals to Qatar. This was followed by FIFAGate, a money laundering and fraud conspiracy case under investigation by US and Swiss authorities that has already resulted in the convictions of several top football officials, and the suspension of former FIFA chief Sepp Blatter.

This all damaged FIFA’s credibility. Some of the organisation’s critics even called for radical action, such as abolishing FIFA altogether.

Somewhat ignored in these discussions, however, is that FIFA has successfully developed its own private legal system. And while this is generally a good thing for the game, it also leaves the organisation dangerously free of accountability to governments, or civil society.

FIFA’s own rules, which govern the world of football, have an almost unique degree of sophistication and independence from state interference. Clubs, players and even national teams are bound by these rules.

When Ronaldo recently moved from Real Madrid to Juventus, the reported transfer compensation of €100m was agreed under FIFA transfer rules – not Spanish, Italian or EU law. A similar arrangement in any other field seems unthinkable. Associations of lawyers, for example, cannot issue rules that require law firms to pay compensation if they hire a lawyer from a competitor.

Similarly, football disputes are usually not solved in regular courts but in special sports arbitration tribunals. The enforcement of FIFA’s decisions is not backed by the force of state officials but by special sanctions such as temporary bans from playing football. Instances of national or international government interfering in football, such as the Bosman ruling in the 1990s, which allowed players to change clubs freely at the end of their contract, are extremely rare.

Our own research shows that FIFA’s private legal system is good for football because it offers what states cannot: common rules spanning across borders that are tailored to the needs of the sport. These rules promote predictable contractual relations and equal conditions for competition – and they provide for swift dispute resolution away from regular courts. It is hard to imagine how football clubs could compete internationally had some of them been subject to more favourable local rules than others.

The rise of football’s elites

Yet the fact FIFA has been able to build its own legal system, with minimal oversight, has left it vulnerable in the longer term. Recent scandals are in part a result of a power grab by some football bureaucrats who want to increase their own influence and extend their stay in office.

In this regard, FIFA is similar to any other bureaucratic organisation. The difference is that others are subject to transparency, media coverage, and the disciplining effect of civil society. For a long while, FIFA was mostly immune to these factors.

Its success in building the legal system for football relied on states and supra-national organisations such as the EU giving away part of their monopoly on regulation. Implicit in this arrangement is the idea that FIFA’s special status can be tolerated as long as it continues promoting the interests of broader stakeholder groups – mainly clubs and players, but also others involved in the game.

But FIFA’s credibility as an impartial regulator is weakened every time it gives priority to one group over another or even promotes special interests within a group, such as deferring to the demands of big clubs at the expense of smaller clubs. This is why external legal investigations such as the FIFAGate corruption case are so damaging, and endanger the existence of football’s bespoke legal system and even FIFA itself.

Those investigations will keep coming, thanks to governance issues within the organisation. Clubs and players sometimes lack formal channels to get involved in decisions that affect them directly, for instance while FIFA also has no proper mechanisms in place to consider the interests of anyone not related to football. As third parties have no say in the rules, their interests may be ignored. Consider, for example, the alleged use of forced labour in venues that will stage the 2022 World Cup in Qatar.

So what should we do about elites with excessive powers? Within a nation state, it is well known that civil society plays a key role in limiting executive power. Modern democracies are successful because they have a democratic process in which the media, NGOs and campaigners oversee public decision-making. But there are no similar mechanisms in place for FIFA.

But if football does not yet have an equivalent civil society, states themselves should step in. As we argue in a recent paper, governments can be FIFA’s civil society by intervening or threatening to intervene to correct the failures of FIFA without ruining its benefits.

If FIFA were to collapse and football became governed by regular laws, the game would lose the benefits of tailored rules and innovation. Conversely, if states do not act, FIFA runs the risk of self-destruction.

Post tags:
FranceJuventusReal MadridSerie A
previous post
‘Gabriel Jesus Criticism Unfair’, Says Ederson
next post
Football May Be Caught In The Crossfire Between Qatar And The Saudis