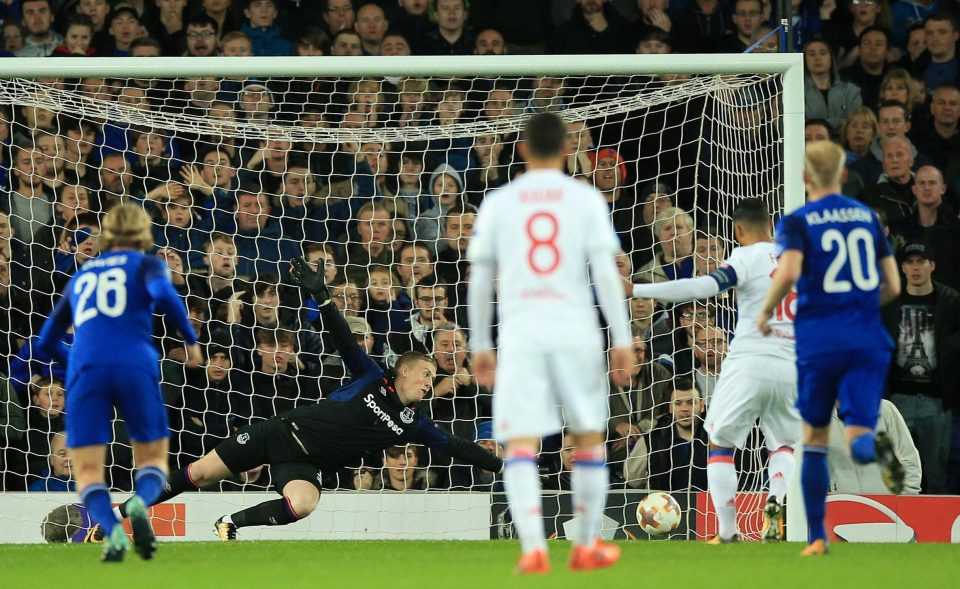 The author, Stephen Woodcock is a Senior Lecturer in Mathematics, University of Technology Sydney. This article was originally published in The Conversation, an independent source of news and views from the academic and research community.

Soccer may be a game of two halves, but if neither side wins after the 90 minutes of regular play and 30 minutes of extra time, then it all comes down to a penalty shootout.

Although often derided as a lottery or as the cruellest way to lose a match, a shootout unquestionably delivers no shortage of high drama.

Each kick is a battle of wills and judgement between the striker and goalkeeper – separated by just 11 metres between the penalty spot and the goal line.

Given the level of interest in the sport – this year’s final is anticipated to draw a global audience of more than 1 billion people – it should be no surprise that the science of penalty kicks has been extensively studied by psychologists, sports scientists and game theorists.

What can game theory tell us?

In game theory, the study of strategic decision-making, a penalty kick is commonly regarded as a non-cooperative zero sum game.

This means that neither participant can compel the other to make a particular choice. All gains by the goalkeeper (in the form of saved or missed penalties) occur to the direct detriment of the striker, and vice versa.

Unlike many classic problems, game theory suggests that there is no pure optimal strategy for either participant. For example, if a striker is successful going in any particular direction, goalkeepers should soon start to notice this and alter their own strategies to dive in that direction more frequently.

Most players have a dominant side when shooting. A right-footed player will tend to hit the ball with greater power and accuracy when aiming left of centre in the goal.

But a striker must aim a reasonable proportion of shots to the opposite side, even if such shots are less accurate, to avoid having a shot selection that can be easily predicted by the goalkeeper.

Theory suggests that both strikers and goalkeepers should adopt a mixed strategy that seeks to randomise each player’s choice of direction.

What do the numbers say?

There are few people on Earth who have studied the decision-making behind penalty kicks more than London School of Economics behavioural economist Ignacio Palacios-Huerta, whose database now includes more than 11,000 penalty outcomes.

His landmark 2002 study broke down the penalties taken by 22 leading players into whether they shot to their dominant or opposite side, and the resulting successes or failures.

He found that the pattern of penalty outcomes matched very closely with that predicted by game theory.

Furthermore, the patterns of shot selection were typically indistinguishable from a purely random draw. Palacios-Huerta concluded that:

…professional soccer players are indeed able to generate random sequences; they neither switch strategies too often nor too little.

But if we look a little deeper, one strange pattern emerges. Palacios-Huerta’s analyses tended to focus on whether a shot was from the striker’s dominant or opposite side – that is, whether a player shoots towards the left or the right of the goal.

A more recent dataset looked at all penalty shootouts from the World Cup and UEFA European Championships from 1976 to 2016.

The success rate – the proportion of successful kicks – when shooting there was considerably higher than for the rest of the goal.

Similar studies of the French and Italian and English domestic leagues found the same pattern.

One particular type of centre shot is nicknamed a “Panenka”, after Czech player Antonin Panenka. He calmly lofted the ball into the middle of the goal, scoring the final penalty in the 1976 European Championship to seal Czechoslovakia’s only major success.

In the era of video analyses and analytics cheat sheets, it seems odd that players should ignore what is potentially an advantageous decision.

Why don’t goalkeepers stay central more often? Similarly, if it is known that they do not, why don’t more strikers aim in the middle, where goalscoring is more probable?

Some suggested reasons have focused on the idea that players are not necessarily optimising their sporting outcome, but rather performing within the bounds of what is expected of them.

If a striker aims for the corner and the shot is saved, much of the credit goes to the goalkeeper. If the shot goes central and the keeper stops it by standing still, the striker looks foolish.

Conversely, if the goalkeeper stands still and is beaten, more blame may be apportioned than when diving towards one side, even if the sporting outcome is the same.

But statistically speaking, shooting a penalty towards the centre of the goal is a much better choice than most players realise.

Of course, the central shot is only more successful because goalkeepers don’t try to prevent it. If they do start to do so more often, then it would likely become the lowest percentage choice.