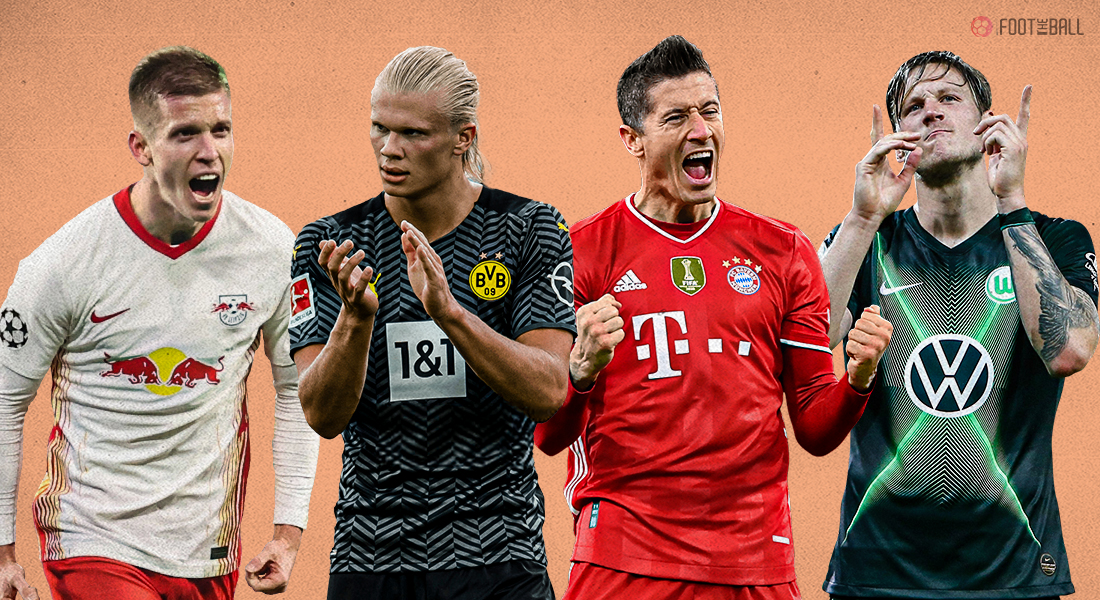 It’s back. The Bundesliga season is on the verge of another start as Bayern Munich fix their eyes on a 10th consecutive league title as they take on Borussia Monchengladbach at the Borussia-Park in North Rhine-Westphalia in the first match of the season.

Jadon Sancho has left the building as he joined English side Manchester United in the Premier League this summer, while RB Leipzig lost Julian Nagelsmann and Dayot Upamecano to the Bavarians, while Ibrahima Konate went to Liverpool but they have made up somewhat for lost ground with the arrival of Andre Silva from Frankfurt.

As football fans in Germany and across the world prepare for another breath-taking and exhilarating season in Bundesliga, FootTheBall brings you an in-detail and comprehensive preview of the things to come in Deutschland as the football season commences once more.

The Bavarian giants had the second-worst defence in the top 4 last season, but still emerged with a record 9th consecutive Bundesliga title as they were easily the best attacking side in the division with a whopping 99 goals.

Hansi Flick has been replaced by Julian Nagelsmann from RB Leipzig this summer as the Bavarians plan for life after the spell of the German manager (Flick is currently the manager of the German national football team).

In the last 23 years, Bayern lost their opening Bundesliga game only twice. The opponent in both occasions was Borussia Mönchengladbach. #BMGFCB

Robert Lewandowski broke Gerd Muller’s record in the German top-flight as he scored a mind-boggling 41 goals in 29 games to guide Die Roten to the league title.

The defensive duo of Jerome Boateng and David Alaba have left the Bavarian capital, but Munich have acquired the services of Dayot Upamecano from Leipzig to partner French compatriot Lucas Hernandez in the heart of the defence.

Meanwhile, Leroy Sane is looking to get back in the swing of things in Germany this season for Die Roten and he will indeed be the one to look out for in the Bavarians’ lineup.

Upfront they do not have any dearth of attacking talent with the likes of Robert Lewandowski, Thomas Muller and Serge Gnabry spearheading their attack in what looks like another routine league triumph.

Qualifying for the Champions League brings along with it an array of benefits and advantages for the clubs that finish in the top 4 places as they can expect to gain from the inflow of additional income from the Champions League and cement their status in relation to the other, mid-table teams.

Borussia Dortmund were pipped to second place by Nagelsmann’s RB Leipzig by 1 point last season, but expect Die Borussien to regain that place after both Nagelsmann and Upamecano left for pastures new to Bavaria.

I want you to put the word out there that we back up ⚽️🔜 pic.twitter.com/0KhCJk0uOr

But Dortmund have had departures of their own as Edin Terzic vacated the managerial role for Marco Rose and Jadon Sancho left for Manchester United in England. Nevertheless, Dortmund still have a lot of quality players in their squad like Gio Reyna, Jude Bellingham who can combine with Erling Haaland to wreak havoc on defences across Germany.

Dortmund’s Achilles heel is their defence with the right-back role looking vulnerable unless Thomas Meunier can turn the tables, but overall a fit-again Axel Witsel may be able to ease the pressure on the backline for Die Borussien.

RB Leipzig had a stellar outing last season as they finished second in the league and runners-up in the DFB-Pokal Cup, but the departure of Julian Nagelsmann, Ibrahima Konate and Dayot Upamecano may have a telling effect on their performances this season.

New manager Jesse Marsch is a disciple of fun and freedom rather than the more strict approach of the Bundesliga to lean towards a system of distance, discipline and rules, therefore it will be interesting to see how their matches with Bayern and Dortmund pan out particularly with new acquisition Andre Silva ready to fire in goals for the Saxony-based club.

Borussia Monchengladbach finished last season in a dismal 8th place, but this term they are expected to finish within the top 4 and qualify for the Champions League ahead of the likes of Eintracht Frankfurt and Bayer Leverkusen.

Bundesliga is back. BORUSSIA-PARK is back. Fans are back. Football is back 🐎💚

They appointed Frankfurt’s manager Adi Hutter in the dugout at Borussia-Park and the Austrian has displayed that his style can evolve as per the situation, much like the tactical versatility of Monchengladbach as and when the situation demands it.

Look out for the 18-year old Joe Scally from the United States this season at right-back (albeit as second-choice).

Leverkusen’s Leon Bailey departed for Aston Villa this summer and the Bender twins called it a day in the beautiful game. With a lot of players still recuperating on the treatment table, the prospect of Gerardo Seoane leading them to a top-four finish looks like a far-fetched dream even with Patrik Schick lining up for them after an impressive showing in the Euros.

Eintracht Frankfurt have woes of their own after Adi Hutter stepped down from the managerial role and sporting CEO Fredi Bobic also made his way out of Frankfurt. In addition to departures off the field, Frankfurt suffered the setback of losing Andre Silva to a direct league rival (RB Leipzig) and it looks like an uphill task for them to finish amongst the top four.

Stuttgart have a special coach in Pellegrino Matterazzo as the American-born coach is a highly analytical and tactical presence in the dugout for the German outfit and there is no reason to expect them from exceeding expectations this season even though if a top four place is still out of the question for them with Sasa Kalajdzic staying on after the departures of Gonzalez and Kobel. Expect Stuttgart to give Leverkusen and Frankfurt a run for their money for the Europa League places.

Can't wait to be back home with our fans tomorrow! 🥰#VfBSGF #VfB pic.twitter.com/ZFKWvRFINE

Arminia Bielefeld finished last season just 2 points away from relegation on 35 points in 15th place. The only reason they are still in the German top division is owing to the decision-making prowess of the head of sport, Samir Arabi, who changed managers in March.

Frank Kramer arrived in place of Uwe Neuhaus for Arminia, but the change at the managerial level just might not be enough to keep them afloat in Bundesliga this season as they need a scoring threat to survive one more season in the top flight of Germany.

Arminia’s rivals Bochum are back after more than a decade away from the Bundesliga after winning the second division last season.

The pandemic has tied the club’s hands in terms of spending on transfers to bolster their backline that can possibly be their Achilles’ heel despite the recent tradition of second division champions staying up in the German top-flight.

Losing Robert Zulj would be a blow to them definitely as he scored 15 goals and delivered as many assists for them last season. They will be hoping to utilise the width of Asano and the pace of Gerrit Holtman to save them from the bottom two places.

Here’s a brief introduction of our proud and historic football club. Here, where the heart still counts. #meinVfL pic.twitter.com/5zBsueGnSh

Greuther Furth are back in the German top-flight for only the second time in their history and many would be expecting them to bow out even before a ball is kicked. Their leaky defence will be a problem in the top division as they conceded 44 goals in the German second division last season.

Sebastian Hoeness is being given a second lifeline at Hoffenheim after having a mediocre season last time out in the Bundesliga.

It is clear that even more than 2 years after the departure of Julian Nagelsmann, the current Bayern Munich manager is still missed in Baden-Wurttemberg.

After securing a disappointing 11th place finish last season, it looks like the only way left for them is to go upwards in the new campaign.

Raum has the opportunity of cementing his place at left-back while the midfield looks sufficiently well-balanced with the likes of Florian Grillitsch, who enjoyed a stellar campaign with Austria in the Euros.

Chris Richard’s return from Bayern Munich will strengthen the squad even though the club needs reinforcements in attack and a cover at right-back. Nevertheless, expect them to challenge for European places and improve on their previous finish in the German top-flight.

Wolfsburg finished fourth last season and, as a result, qualified for the Champions League this season, but it will only be their third foray into Champions League football. Meanwhile, former manager Oliver Glasner was replaced by Mark Van Bommel, who is the first-choice of sporting director Jorg Schmadtke. 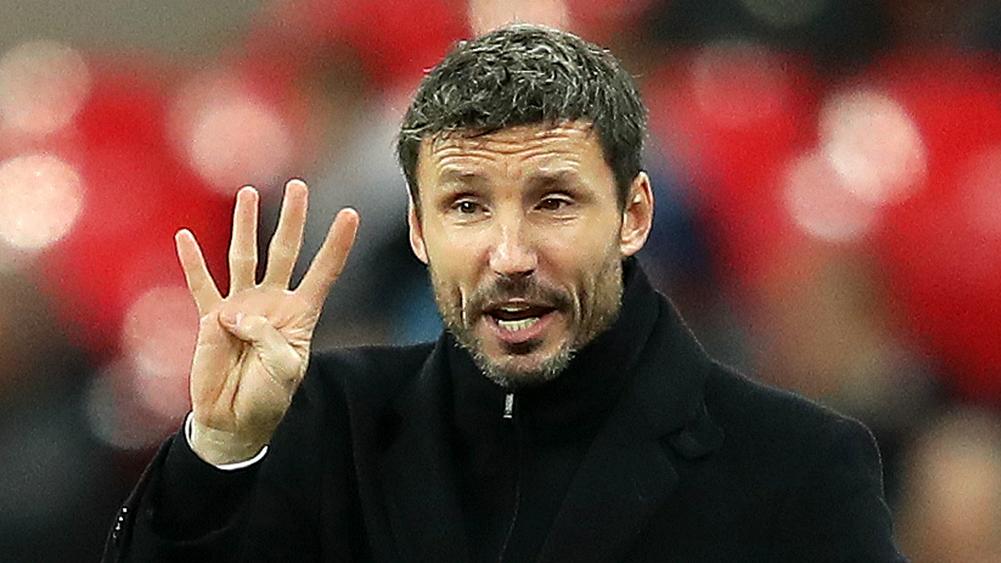 Wolfsburg have an excellent squad set-up that hasn’t been deprived of any player due to injury or departures and therefore they will initially be expected to compete for the top four places.

But Van Bommel’s recent claim of altering the club’s Gegenpressing style will lead to interesting results with effectively Wolfsburg’s season being impacted by whatever changes in tactics and strategy that he plans of making.