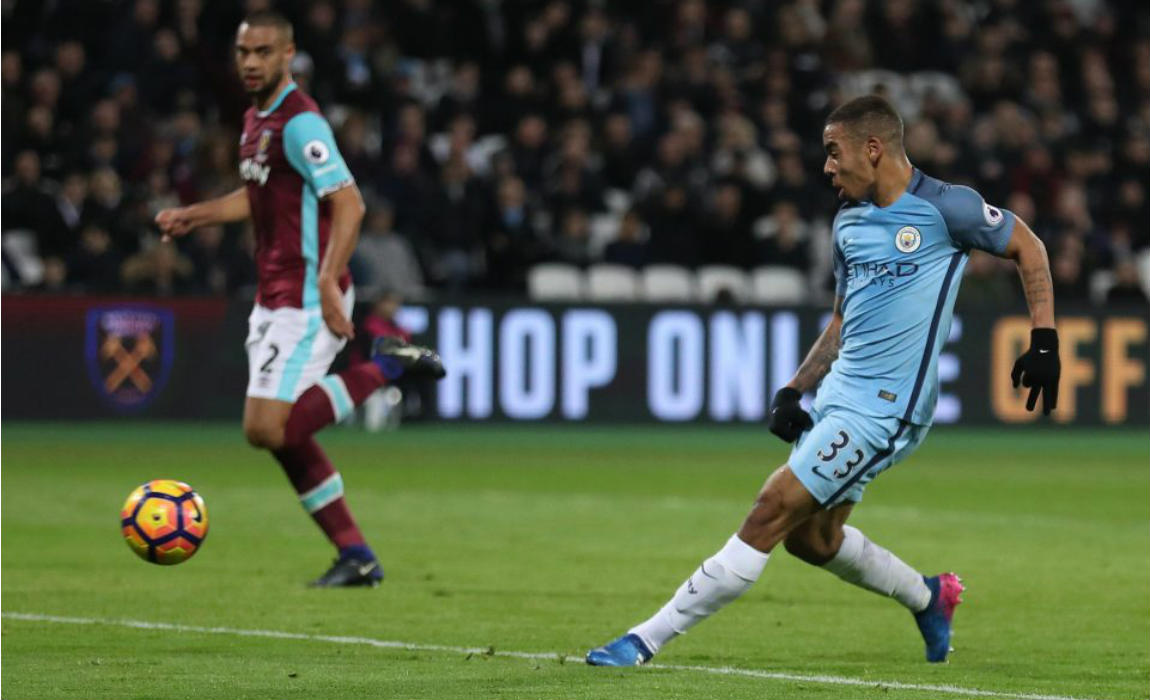 The 19 year old Brazilian also provided an assist to Kevin de Bruyne before getting his name on the score-sheet. 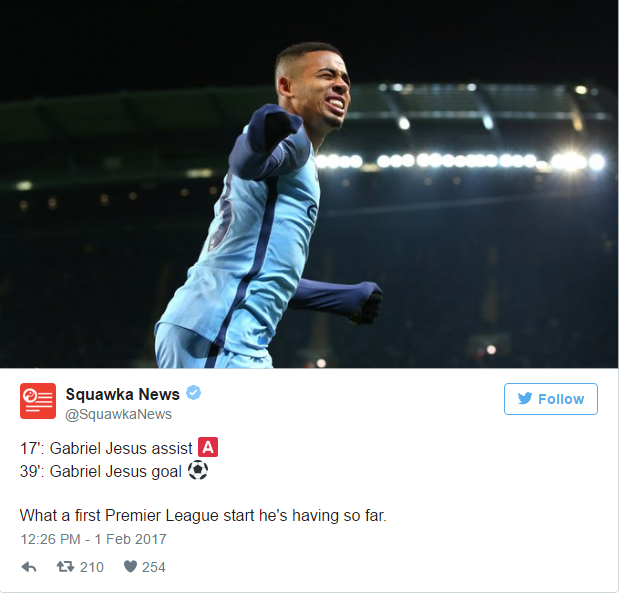 After guiding Palmeiras to the Brazilian Serie A title, Jesus is working his magic in the Premier league with boss Pep Guardiola. 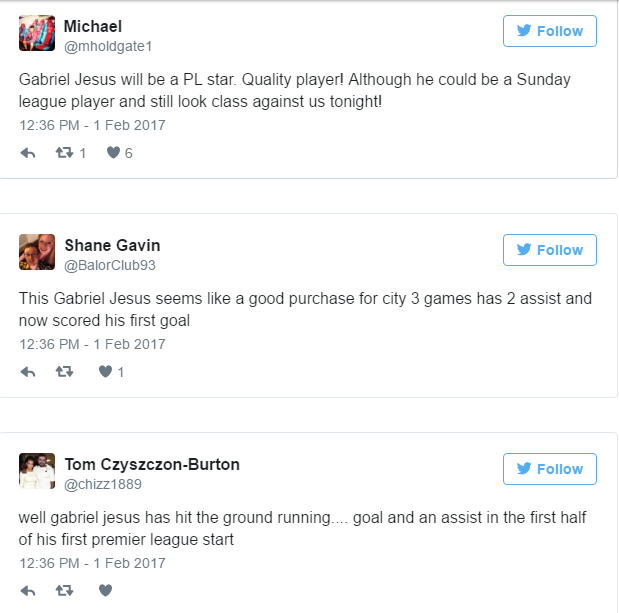 Many Manchester City supporters took twitter to hail Gabriel Jesus comparing him with Paul Pogba who is still struggling to adapt himself in the league. 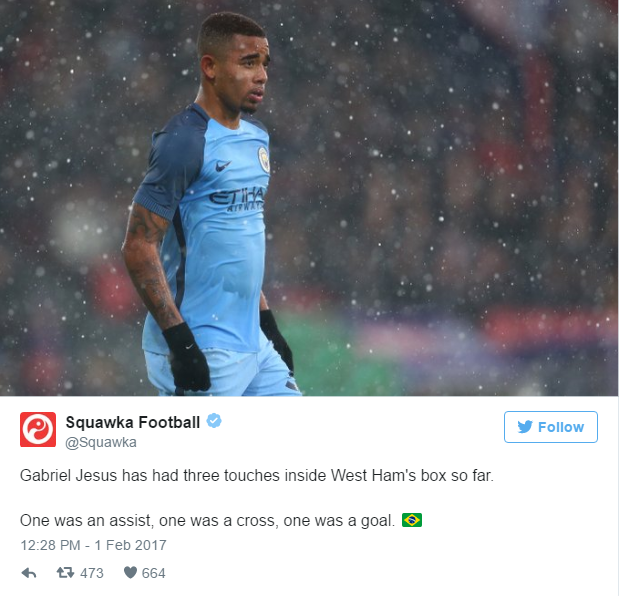 Jesus teed up with Raheem Sterling to fire his first goal for the Citizens. 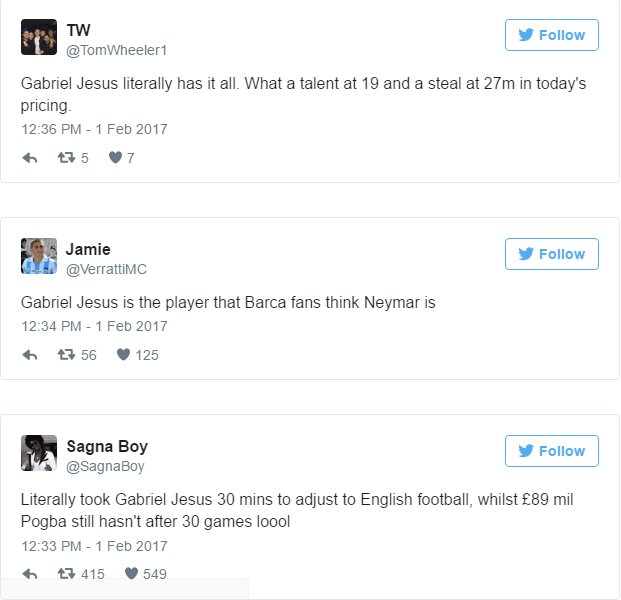 Manchester City were the winners of Game-week 23 with all the other top guns dropping points. 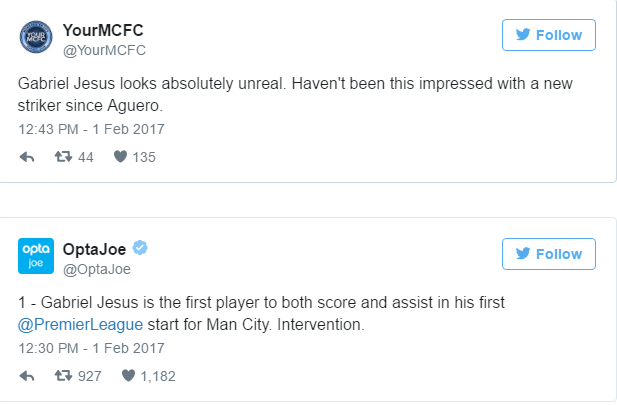 They are now level on points with fourth placed Liverpool who are ahead on goal difference.