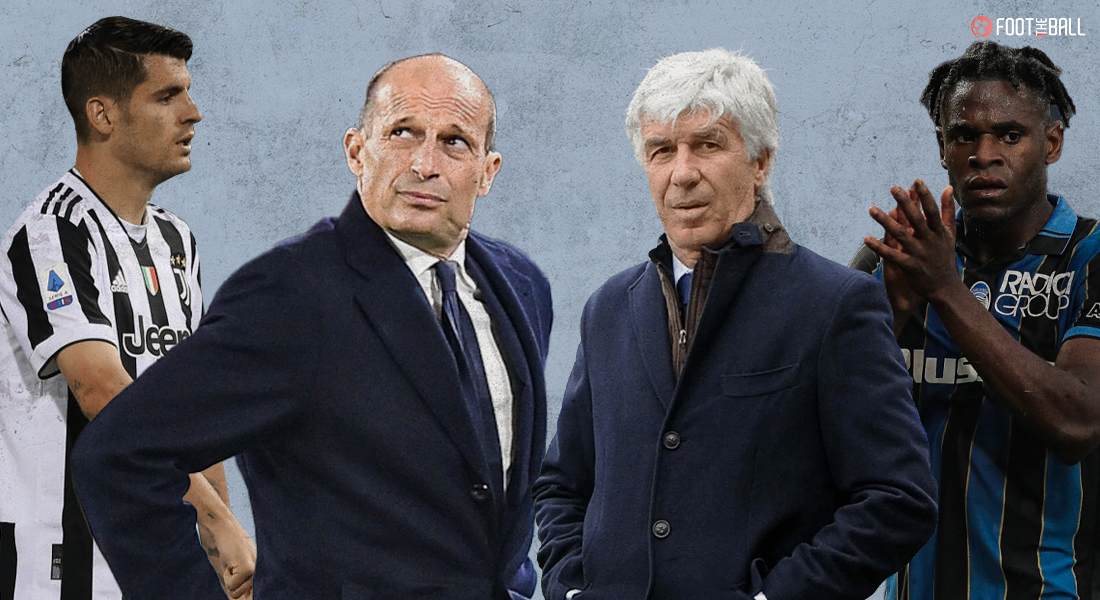 Juventus and Atalanta meet after a pulsating matchday of the Champions League for each side.

The Old Lady were spanked 4-0 by Chelsea, with all of their attackers seemingly going on holiday. Max Allegri has been heavily criticized for his “ultra-defensive” approach, wanting to grind out wins with one or two goals. Nevertheless, they have won their past two league games to climb up to 7th-place on the table.

There is still some concern over who is playing the most effective role as the striker, given the struggles of both Alvaro Morata and Moise Kean. Moreover, they are also dealing with a spate of injuries and Allegri has been really trying to get the team going. A win on Saturday would take them two places higher provisionally and they can ill-afford to lose points if they want to win the title back.

La Dea, on the other hand, have been even more susceptible at the back. They have let in 10 goals in their past five games across all competitions, including three to Young Boys in midweek. Gian Piero Gasperini has been one of the top innovators of the game recently, overachieving with his side in Italy and Europe.

The losses of Cristian Romero and Pierluigi Gollini have hurt them along with several first-team players out injured. Atalanta have made themselves regulars of the Champions League and currently 4th-placed, four points ahead of their opponents.

Paulo Dybala returned to the lineup last time out, but there are notable absentees. Danilo, Federico Bernardeschi, Giorgio Chiellini and Aaron Ramsey all remain sidelined.

Atalanta are missing Davide Zappacosta, Hans Hateboer, and Robin Gosens but the good news is that Rafael Toloi and Berat Djimsiti are back.

Federico Chiesa was ably kept quiet by Chelsea but he remains the most potent attacking threat for Juventus. His pace, agility, guile and eye for goal make him a hard man to stop once he finds his rhythm. Despite only having three goals and one assist only so far, Chiesa has also been a willing runner for the side even when chances are at a premium.

🇮🇹 Chiesa has now scored 6 goals in his last 7 appearances in this competition 🔥#UCL pic.twitter.com/WbM1vk98dV

Atalanta’s defence, as highlighted above, is not the strongest and with their tendency of playing a high line and pushing forward, there will be gaps to exploit. Chiesa is the perfect man for the job, while his teammates can support him by filling the box or even dragging defenders away from the path. In Paulo Dybala and Weston McKennie, they have two excellent, visionary players who can find Chiesa time and again.

⚫️🔵 Duván Zapata has now scored in 6 consecutive matches in all competitions for Atalanta!#UCL pic.twitter.com/0pHjK0YOEH

The opposing front man is also a vital player if La Dea are to win. Duvan Zapata has once again been proving to be the difference up top. He has 10 goals and six assists in league and Europe combined, given his combination of skills. Blessed with great pace, dominance in the air and strong holdup play, Atalanta can play the ball into his feet often.

Zapata is also having a shooting accuracy of 67%, which is especially beneficial given Szczesny has struggled a bit with the moving ball. Juventus’ midfielders have lacked a solidifying edge often and can present Zapata with a variety of options going forward. He is also known for taking the ball wide, and trying to isolate the fullbacks when able along with crossing into the middle as well.

Both teams have not been at their fluid best this season so this match will be a pretty tough one to call beforehand. Juventus need the points to close the gap to the top-four while Atalanta can cut down the lead of the leaders. FootTheBall predicts a 1-1 draw between the sides.