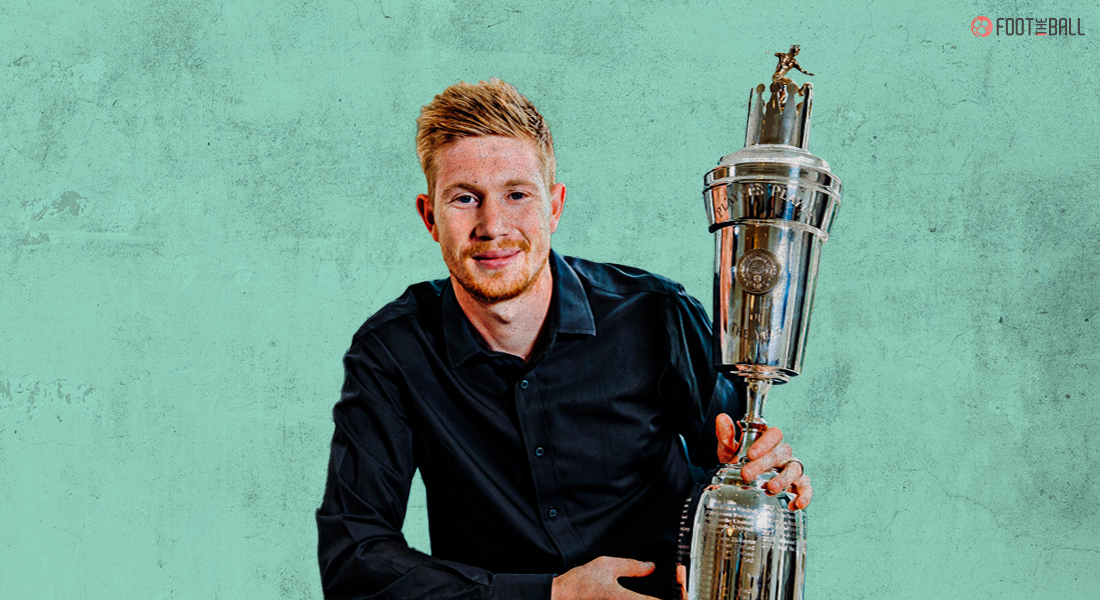 Kevin De Bruyne has just been announced as the PFA player of the year for the 2020/21 season. The Belgian playmaker has been in spectacular form this season. De Bruyne has now won the award in consecutive seasons.

De Bruyne scored 6 and assisted 12 in the league this season.His performances in the champions league were also pivotal for Manchester City as they reached their maiden Final in the competition. He scored 3 goals and provided a further 4 assists in only 8 games in the UCL. KDB ends the season with a total of 9 goals and 16 assists in all competitions. Another spectacular season by the Belgian has seen him claim the accolade as the best playmaker in the world.

Arguably if Manchester City had not lost the talismanic maestro after a clash with Rudiger the game could have ended very differently.

It was also quite apparent that he was in unstoppable form this season especially in the league. He carried his form from last season into this season . He also captained his side to a very successful season as Manchester City were crowned champions. A Manchester City side that struggled at the start of the season was arguably still only in the hunt for the league title due to KDB’s form.

Kevin De Bruyne was only rivaled by Harry Kane this season in the league. It was between the two for the PFA player of the year award. It is slightly strange that De Bruyne won the award instead of Harry Kane. Kane was the outstanding player in the league. The England captain who had twice the goal involvements of KDB in the league seemingly lost out due to the lack of silverware. Manchester City’s league title arguably was the deciding factor that made sure De Bruyne won PFA player of the season. Something we do not agree with as it should clearly gone to Harry Kane.

His Manchester City teammate, Phil Foden must also be gleaming today as he claimed the PFA young player of the year award after an amazing second half of the season.

Kevin De Bruyne has overtaken the likes of Neymar in the race for the Ballon D’or over the last two seasons.

His excellent form has seen him enter the race for the Ballon D’or alongside Robert Lewandowski, who was unlucky to miss out on the trophy last season.