German footballer Mario Gotze spent some quality time with gorgeous girlfriend Ann-Kathrin Brommel on a yacht at the coast of Majorca during the international break. The couple was spotted together enjoying their holiday after Mario made an impressive comeback to football with Borussia Dorrtmund. The 25-year-old footballer was not selected for the Germany squad in the World Cup Qualifiers. He made the most of his time off from international duty by enjoying the luxury holiday with his glamorous girl. She is a lingerie model

Gotze’s stunning partner is an ex-lingerie model and has been dating each other since 2012. 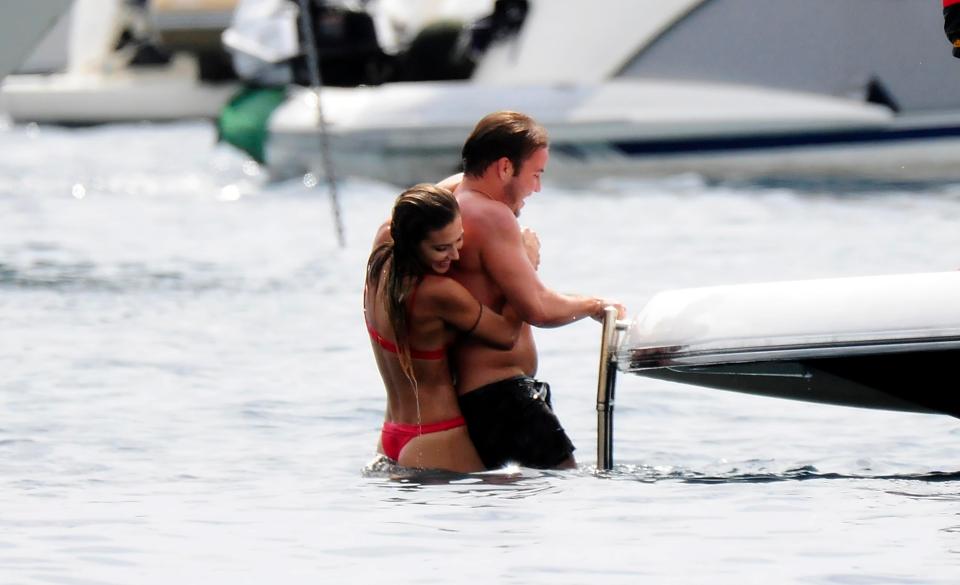 Ann and Mario looked very much in love during the holiday as they couldn’t keep their hands off each other as they hugged and played around in water.

The wag was looking stunning in a skimpy red bikini, flaunting her amazing figure and siting at the edge of the yacht. She has been the support system for Mario in his battle with metabolic disorder. After moving back to Dortmund, he has shown that he is back in game by playing in both of Dortmund’s opening games of the season.

He was once considered as the best player in the country’s history which led him to join Dortmund. He even scored the winning goal for Germany in the 2014 World Cup final.