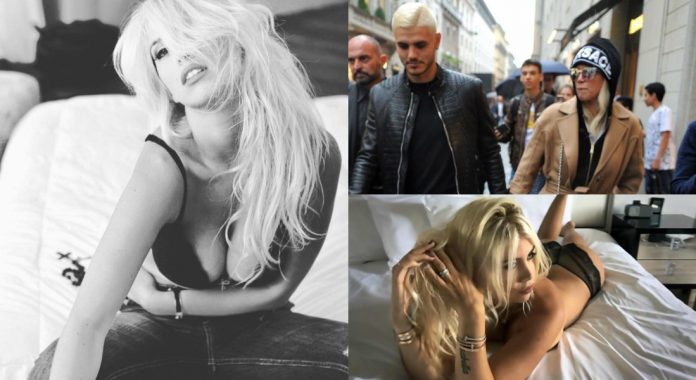 Inter Milan’s player Mauro Icardi’s stunning wife Wanda Nara is not shy to flaunt her sizzling body as she posed for a sexy photo shoot.

Wanda, who is the agent of her husband, posted some hot photographs of herself on social media which has increased her admirers.

Her recent photo shoot for a campaign in Milan has raised the temperature at the inter Milan dressing room.

She is spotted lying topless on the bed in a hotel room as she was seen wearing only socks as she uses pillow to keep her modesty.

She put up her raunchy photo’s on Instagram with captioned: “Share a day with me, doing a sexy photo shoot for a campaign in Milan!”

The 30-year-old agent was influential in getting the striker a new contract with San Siro last October.