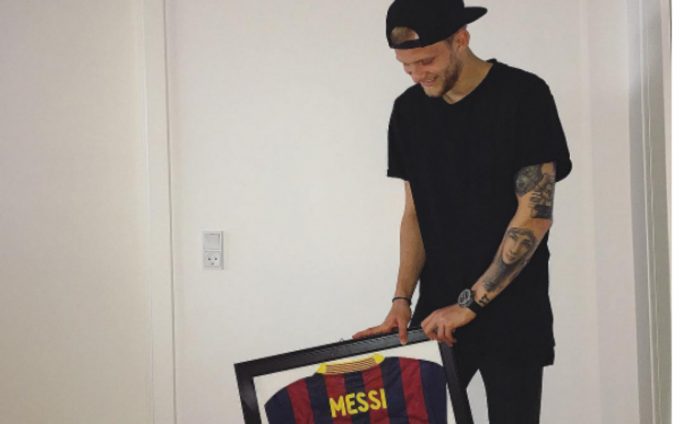 Lionel Messi had recently revealed his huge t-shirt collection which reflected another extraordinary side of the legend. The Shirts of Manuel Lanzini, Sergio Aguero, Oscar Ustari, Alejandro Dominguez and Messi’s idol, Pablo Aimar, as well as a who’s who of European greats, such as Thierry Henry and Pavel Nedved were also seen in his legendary collection. But one jersey that ‘forced’ the Copenhagen star Nicolai Boilesen to hang up his Messi jersey was his own old Ajax jersey that can be seen as the No. 15 shirt in the bottom left of the image. After noticing his jersey, the Danish footballer took to Instagram to show off the picture of the famous Barcelona No.10 shirt.

He jokingly captioned the image saying, “Forced’ to put this on the wall now #thebesttoeverdoit #idonthaveafancyfloor”. Boilesen played against Barcelona with the Dutch giants twice in the Champions League. He left Ajax at the end of last season in order to return to Denmark.

ALSO READ: Messi’s T-Shirt Collection Is As Awesome And Extraordinary As Him