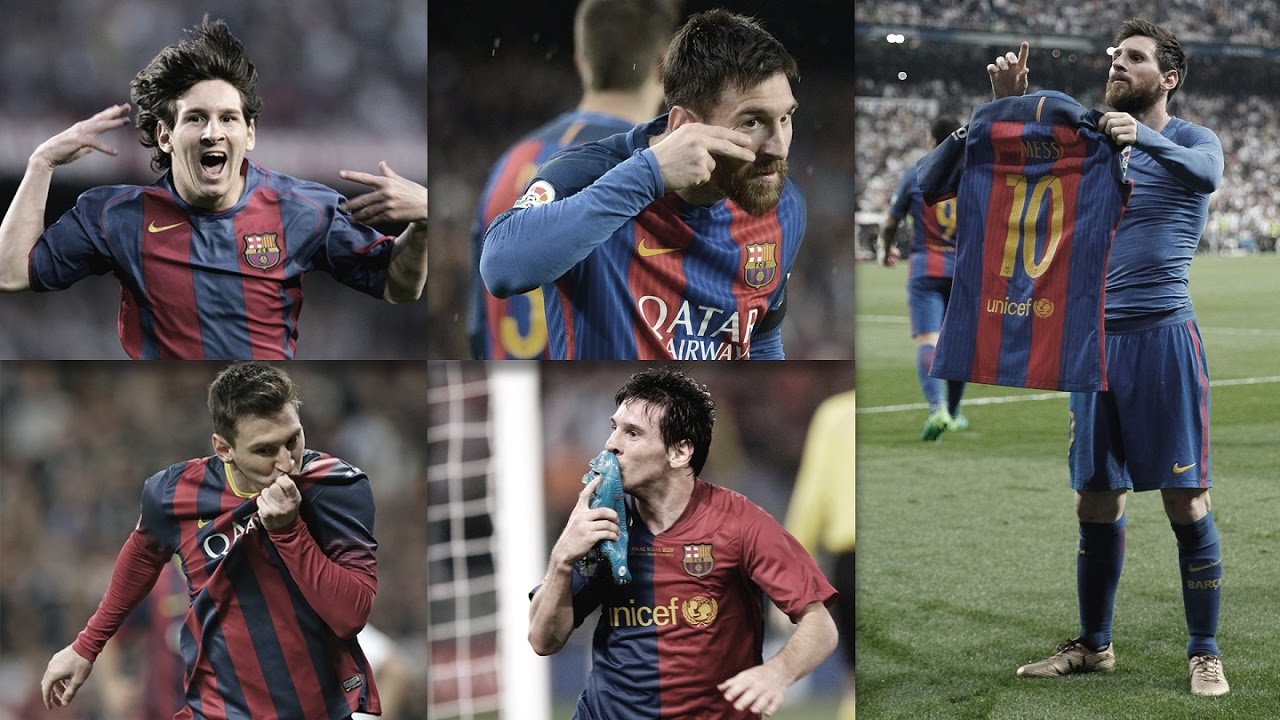 The biggest transfer drama of all time has finally come to a close. FootTheBall takes you through what Lionel Messi has to say in his exclusive chat with GOAL.

Lionel Messi has officially confirmed that he shall continue at FC Barcelona.

After an elongated chaotic dispute between the player & the club that lasted over 15 days, this statement has finally extinguished the fire.

Barcelona fans have finally had a goodnight’s sleep.

The interview came after Messi’s father had arrived in Barcelona to negotiate and the drama was at it’s peak.

In his dialogue with GOAL, Messi confirmed that he actually did desire to leave the club. He justified his reason for the same and his desire to play elsewhere so as to win more trophies.

“I wanted to go because I thought about living my last years of football happily. Lately I have not found happiness within the club.”

THE DESIRE TO LEAVE…

Messi explains that there were several reasons, including the club’s past performance that prompted him to leave the club. He wished to make the best of his career and compete for more to silverware.

The Champion League defeats also played part in the same.

“First, because after the defeat in Lisbon it was very hard. We knew Bayern Munich were a very difficult opponent, but not that we were going to end that way, giving such a poor image for the city and the club of Barcelona. Falling apart in Rome, Liverpool, Lisbon. All that led me to think about that decision that I wanted to carry out. I felt very sorry because I always said that I wanted to finish my career here.”

He also expressed his disappointment with the board and the lack on part of the club’s administration causing hurdles in progress.

“I believed that the club needed more young players, new players and I thought my time in Barcelona was over. I felt very sorry because I always said that I wanted to finish my career here. The truth is that there is no project at this club. They just plug holes as and when things happen. I would never go for a war against the club of my life. It was a very difficult year, I suffered a lot in training, in games and in the dressing room. Everything became very difficult for me and there came a time when I considered looking for new ambitions.”

Well aware of the fact that Messi has already spent 20 years at Barcelona, he was questioned about his and his family’s feelings upon the idea of leaving.

He clearly explained that despite wanting to remain in Barcelona, in their comfort zone, he felt a dire need for change and was thus ready to move.

“This was hard for the family as well, they were however supportive. I always said that this was my home and it was what I felt and feel. To decide there was somewhere better than here was difficult.

The whole family began crying, my children did not want to leave Barcelona, ​​nor did they want to change schools. My son, my family, they grew up here and are from here.

There was nothing wrong with wanting to leave. I needed it, the club needed it and it was good for everyone. I looked further afield and I want to compete at the highest level, win titles, compete in the Champions League.”

WHY DID HE STAY?

Amidst big-money offers and the support of his family in the closing years of his career, what made Messi stay?

Messi claims that the sole reason for continuing his career at the Camp Nou revolves around the release clause.

“Now I am going to continue in the club because the president told me that the only way to leave was to pay the €700 million clause, and that this is impossible.

As I said, I thought and was sure that I was free to leave, the president always said that at the end of the season I could decide if I stayed or not.

Now they cling to the fact that I did not say it before June 10, when it turns out that on June 10 we were competing for La Liga in the middle of this awful coronavirus and this disease altered all the season.”

He claims that FC Barcelona were twisting the terms of the contract to make him stay and he could accuse them of the same. He however claimed that he did not want to take the club through this defamation and strain.

“There was another way and it was to go to trial. I would never go to court against Barca because it is the club that I love, which gave me everything since I arrived, it is the club of my life, I have made my life here.’

As Lionel Messi promises to stay here, we can sit back and enjoy another year of his magic at FC Barcelona.

At the same time, however, it is important that we understand that this is not in Messi’s best interest. Yet, he is willing to give it all he can while he can!

“I will continue at Barca and my attitude will not change no matter how much I have wanted to go. I will do my best.

I always want to win, I’m competitive and I don’t like to lose anything. I always want the best for the club, for the dressing room and for myself.”

As we approach the beginning of the next season, Messi wants the Barcelona fans to still hang on and not lose hope for the club has possibly learned the lesson and with the changes in the board & coach- something can possibly be achieved.

“I said it at the time that we were not given the support to win the Champions League. Actually, now I don’t know what will happen. There is a new coach and new ideas.

That’s good, but then we have to see how the team responds and whether or not it will allow us to compete at the top level. What I can say is that I’m staying and I’m going to give my best for Barcelona.”

Having witnessed the ugly side of the event, we respect Messi and shall continue to.

We hope to see you play well, wherever you may go!