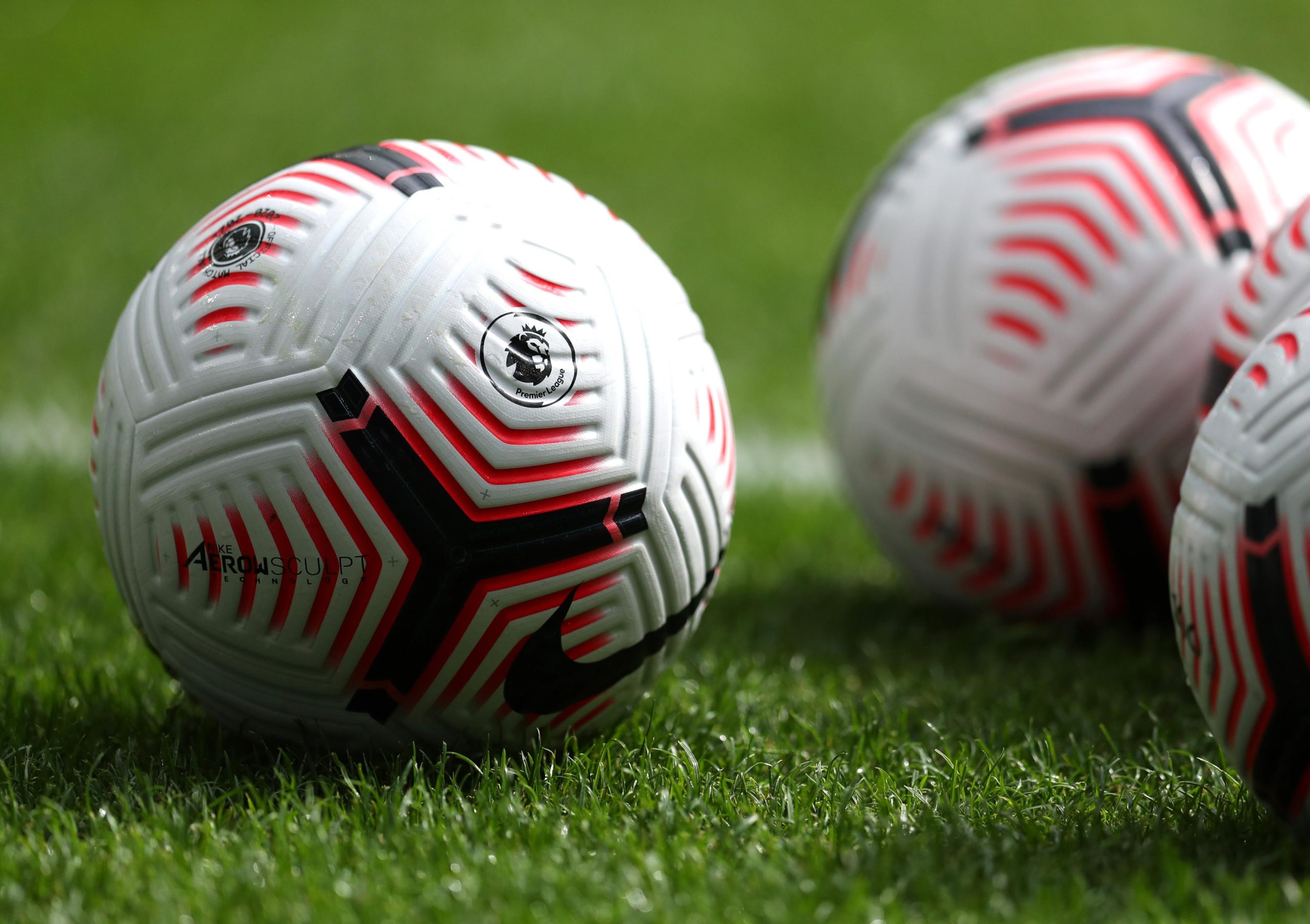 The Premier League returns with a new story being written for the 20 teams that will compete over the course of the next eight months to win the biggest crown in English football.

FootTheBall brings you all the new, projections, and score predictions ahead of the opening gameweek of the Premier League 2020/21 season.

It’s a derby day in London. The new boys in the league will host Mikel Arteta’s Arsenal FC at the Craven Cottage. Fulham gained promotion to the Premier League after defeating Brentford in the playoff finale.

Scott Parker is aiming to avoid the mistakes from Fulham’s previous campaign in the Premier League. The Cottagers finished 19th in the league table during the 2018/19 campaign with just 26 points in total. Parker took charge as a caretaker manager in February 2019 after Claudio Ranieri failed to deliver the desired results.  Four months was not enough for Parker to change the atmosphere at Craven Cottage. Nonetheless, Parker’s permanent appointment saw an impressive performance in the EFL Championship last season with a possession-based system installed. A system that he truly believes is necessary for Fulham’s continued success in the Premier League.

Scott's back in the hot seat! 👔

The visitors, on the other hand, have claimed two trophies in the past three months. Arteta deservedly won the FA Cup after just over six months in charge as Arsenal’s head coach. They also beat Liverpool in the Premier League curtain-raiser on penalties to lift the Community Shield last month.

New signing, Kenny Tete who arrived late shall not feature for the opener for Fulham. Arsenal has numerous defensive injury woes. Calum Chambers, Pablo Mari, and Shkodran Mustafi are unlikely to travel to the Craven Cottage with David Luiz a doubt.

The previous meeting was at the Emirates Stadium on the new year’s day of 2019 where Arsenal battered Fulham by four goals to one. Fulham conceded five at home against the Gunners in their previous fixture in the same season.

The champions take on the champions. Reigning Premier League champions will begin defending their title against EFL Championship winners, Leeds United at Anfield.

Liverpool were handed Norwich City, the EFL Championship winners of the 2018/19 season, during their previous campaign. Jurgen Klopp will look forward to a similar start that saw the Reds go and win 32 games, claiming 99 points in the process. A journey that got Liverpool their first top-flight crown in 30 years.

It was an emotional year for Leeds United as well. Marcelo Bielsa, who joined Leeds as their manager in June 2018, finally took them up to the first tier of English football after 16 years. Leeds’s boss recently extended his contract which will keep him at the club for another year.

Adam Foreshaw is a long-term absentee for the Whites as Bielsa will have a number of players at his disposal. New recruits, Robin Koch and Rodrigo might be in contention to start the game albeit Bielsa hinted at deploying his usual scheme that we all witnessed in the Championship last season.

Tomorrow, it starts all over again ✊🔴 pic.twitter.com/FvCPdkug2P

Jurgen Klopp will have a tough time balancing his midfield for this crucial clash. Liverpool might not start with their captain, Jordan Henderson who is struggling with a knee problem. Alex-Oxlade Chamberlain and Xherdan Shaqiri will also not feature at Anfield on Saturday. Andrew Robertson’s understudy, Kostas Tsimikas will have to wait for his debut in the red shirt once he fully recovers from COVID-19.

Liverpool are unbeaten in their last eight competitive games against Leeds. Their previous encounter was in 2016 when Liverpool knocked Leeds out of the Carabao Cup by two-zero in the fifth round. This will be the seventh time when a newly promoted side will go head-to-head against the league champions. The winner of the previous season’s Championship has not won their opening Premier League match since Sunderland in 2007/08.

Having ended his first season in the sixth position with 59 points, Jose Mourinho is surely looking at an upgrade this year. With the same intentions, the club also signed Matt Doherty for a reported £14.7 million from Wolves. This shall help Mourinho strengthen the backline, thus allowing the attack and midfield to spread and play with width.

A fantastic 𝗳𝗼𝘂𝗿 against The Toffees! 🔥@IWC ⚪️ #COYS pic.twitter.com/8qKNQbq3v8

Spurs shall look to extend their five-game unbeaten run from the previous campaign.

Everton, on the other hand, will arrive at White Hart Lane as confident as ever. With James Rodriguez now joining, Everton should find themselves more potent in attack. Rodriguez is expected to have a great impact and contribute to the attack alongside Richarlison and Dominic Calvert-Lewin.

The previous match between these sides was played in July and ended in Tottenham’s favour with Michael Keane scoring an own goal.

As Brighton host Chelsea at home, we shall witness the most awaited fixture of the new League season. Everyone is eager to see how Frank Lampard will line up his new boys worth £200 million. Chelsea’s signings include defenders Thiago Silva and Ben Chilwell who are expected to improve the previously struggling defense that conceded 54 goals last season, the highest in the top ten teams.

However, Chelsea fans will have to wait to see some of their new stars in action. Hakim Ziyech, Ben Chilwell, and Thiago Silva will miss Chelsea’s first fixture due to injuries. Christian Pulisic and Cesar Azpilicueta trained on Thursday and may start at the Amex Stadium.

Brighton, on the other hand, bolstered their midfield after completing a move for Adam Lallana from Liverpool. In the defensive department, Ben White is likely to play a major role after his breakthrough loan spell with Leeds last season. Joel Veltman, procured from Ajax, remains in contention to start against the Blues.

Chelsea’s previous two clashes with Brighton have ended in a one-all stalemate including a friendly game played in late August.

Roy Hodgson will have to carry on without Gary Cahill, Patrick Van Aanholt, and James Tomkins for their first game. The promising young star and new signing, Eberechi Eze is a doubt with a groin injury. Michy Batshuayi, who completed his loan move from Chelsea, shall get some minutes in the second half.

The visitors will have to make alterations on the right flank as Stuart Armstrong is suffering from a quad injury. New summer signing, Mohammed Salisu may also not feature as he is working on his fitness having recently joined the pre-season training. Ralph Hassenhutl also wants to give some extra time to Moussa Djenepo to settle in, sighting the problems he dealt with last season.

Their previous clash at Selhurst Park ended in a two-nil victory for Southampton with Nathan Redmond and Stuart Armstrong getting their names on the scoresheet.

David Moyes will be happy to start with a major chunk of his squad available ahead of their Premier League opener against Newcastle. Manuel Lanzini is doubtful after he picked a knock during the pre-season. Tomas Soucek’s permanent signing is a boon for the Hammers. On the contrary, the fans expressed their concerns over West ham’s decision to let Grady Diangana complete his move to West Brom.

Steve Bruce has done some smart business in this transfer window. Callum Wilson and Ryan Fraser joined in from Bournemouth after the Cherries were relegated last season. The Toons also sealed Jamal Lewis’s signature on a five-year deal from Norwich City. Jamaal Lascelles is available after serving his one-match ban against the Potters. Matt Ritchie and Ciaran Clark have recovered from knocks that saw them miss their friendly clash against Stoke City. Martin Dubravka will not play between the sticks for Newcastle’s first game after being sidelined with a heel problem.

The two sides shared the spoils in their previous meeting in July 2020 after a two-all draw at the St. James Park.

Conor Townsend and Kenneth Zohore are doubtful for Sunday’s clash against the Foxes. The Baggies will, however, be buoyed with permanent signings of Matheus Pereira and Grady Diangana.

Brendan Rodgers will be itching over his defensive selection for this match. Leicester will travel without Jonny Evans, Ricardo Pereira, and Christian Fuchs. Wes Morgan is also a doubt for this clash. Set-piece specialist, James Maddison may also be out with a hip problem. Timothy Castagne shall fill in Ben Chilwell’s shoes as Leicester’s new left-back.

West Brom were the victims of a four-one defeat in their previous clash with the Foxes at the Hawthorns during the 2017/18 season.

Sheffield’s record-signing, Sander Berge returned with a knee injury after serving Norway at international duty. The Blades do not have any major injury problems. New signing, Etha Ampadu can play a stopgap in the midfield after Chris Wilder highlighted his versatility in the pre-match conference.

Jonathan Castro Otto (Jonny) is a long-term absentee for the Wolves which should be a good opportunity for Ruben Vinagre to hit the ground running. Portuguese prodigy, Fabio Silva might have to wait for a while before getting his first start for the Wolves.

Sheffield United edged past Wolverhampton Wanderers by a goal to nil at Bramall Lane in July.