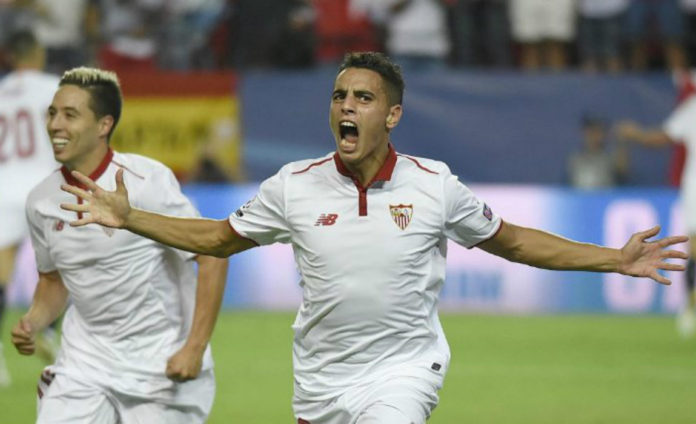 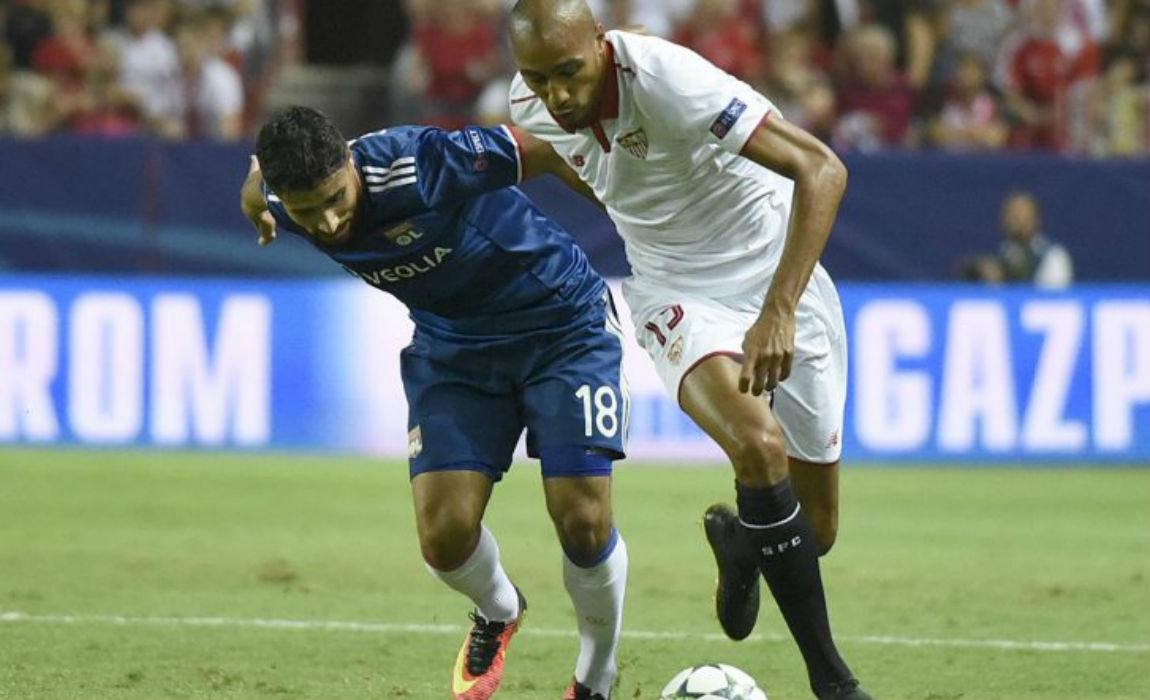 Sevilla kept up the momentum in their return to the Champions League with a 1-0 win at home to Olympique Lyon in the Sanchez Pizjuan stadium.

Wissam Ben Yedder’s second half goal gave Sevilla the triumph which leaves them with four points following their draw away to Juventus in their opening game two weeks ago and with better finishing the reigning Europa League champions would have enjoyed a more comfortable win. 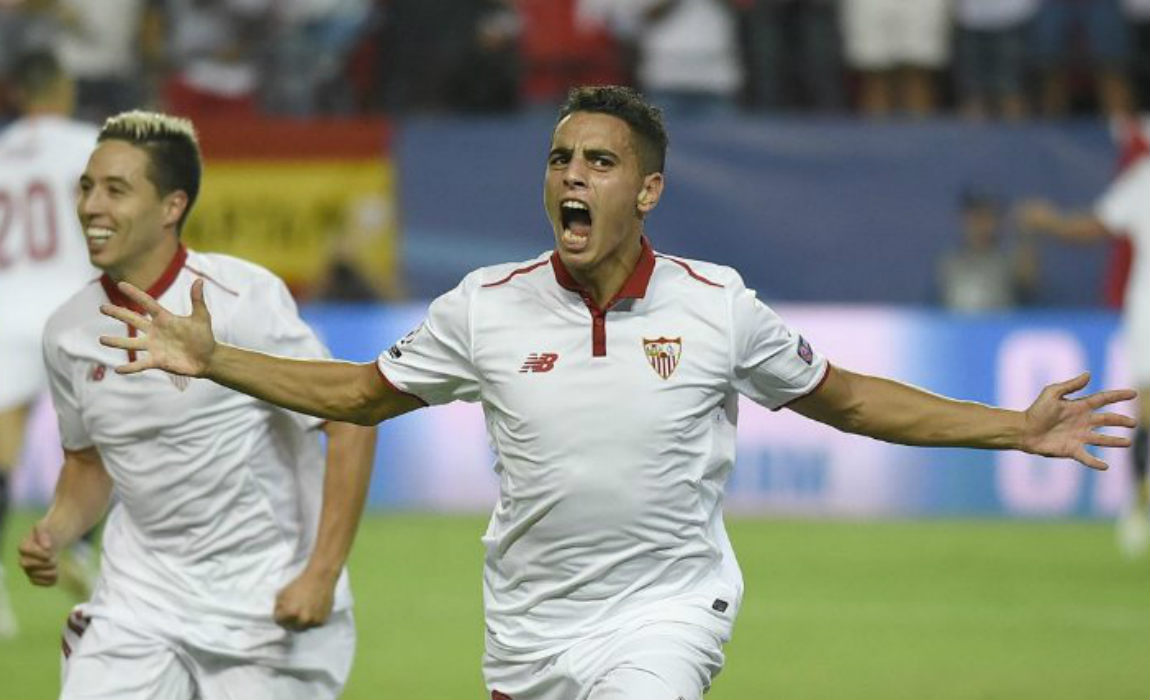 Sevilla coach Jorge Sampaoli made several changes to the side which was beaten 3-1 in Bilbao at the weekend, but it was the visitors who had the first chance when Nabil Fekir saw his shot from outside of the penalty area graze the top of the Sevilla crossbar.

At the other end Luciano Vietto got a sight of goal but could only shoot at Lyon goalkeeper, Anthony Lopes.

It was an even game with both sides threatening but failing to deliver the final ball, although Fekir was looking dangerous for the visitors. 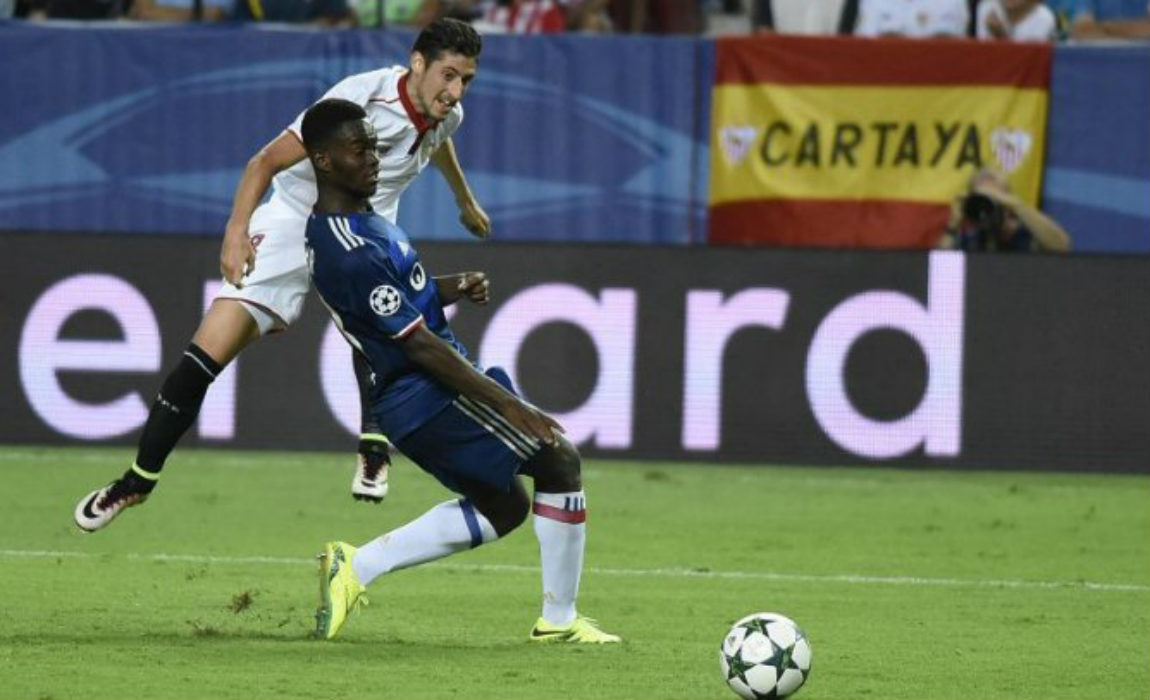 Samir Nasri was trying to control midfield for Sevilla and just after he saw a shot blocked seven minutes after the break, the Spanish side took the lead as Vietto and Ben Yedder combined for the latter to score with a close range header.

Lyon looked to respond and Gabi Mercado did well to block from Gnarly Cornet, before Vicente Iborra replaced Francisco Vazquez is a defense change for Sevilla.

Vietto wasted a fine chance to double Sevilla’s lead from the penalty spot in the 69th minute after Nasri had been fouled, but blazed his spot kick way over the bar.

He was then unlucky to see his shot cleared off the line after he had managed to chip the ball over the advancing Lopes. 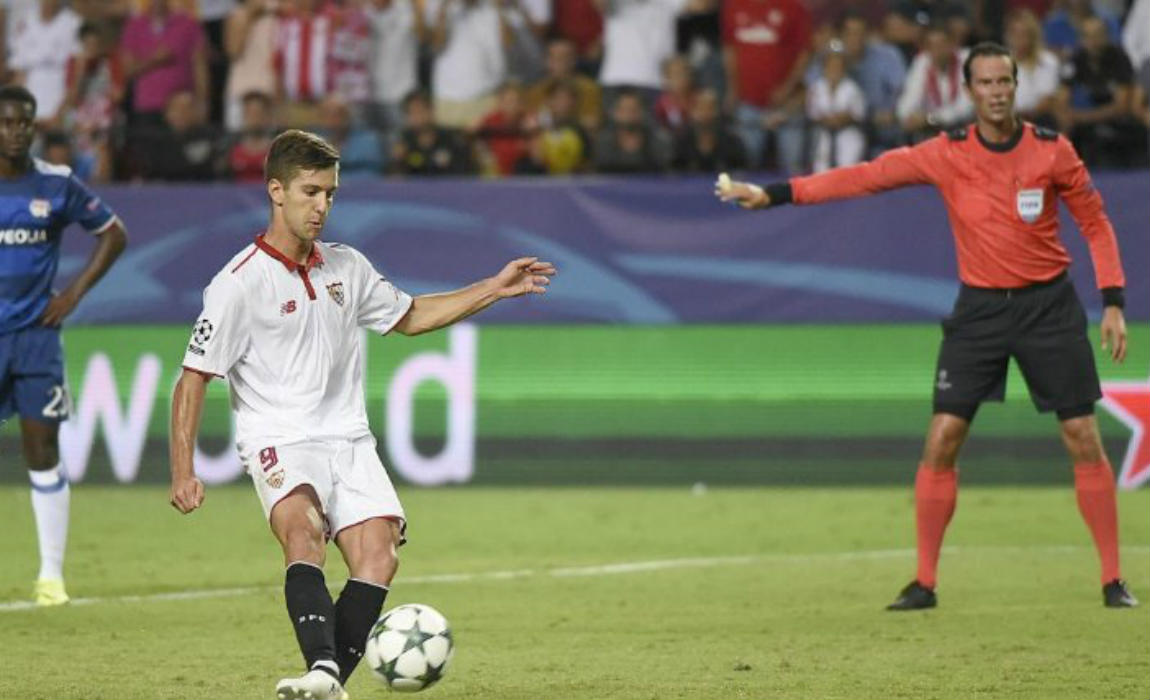 It was all Sevilla as the game came to an end and the Spanish side should have added to their lead, but a combination of some good goalkeeping and wayward finishing kept the game on a knife edge

Real Madrid twice took the lead away to Borussia Dortmund with goals from Cristiano Ronaldo and Rafael Varane,  but were twice pegged back by Pierre Aubameyang and Andre Schurrle, who netted a deserved equalizer three minutes from the end.