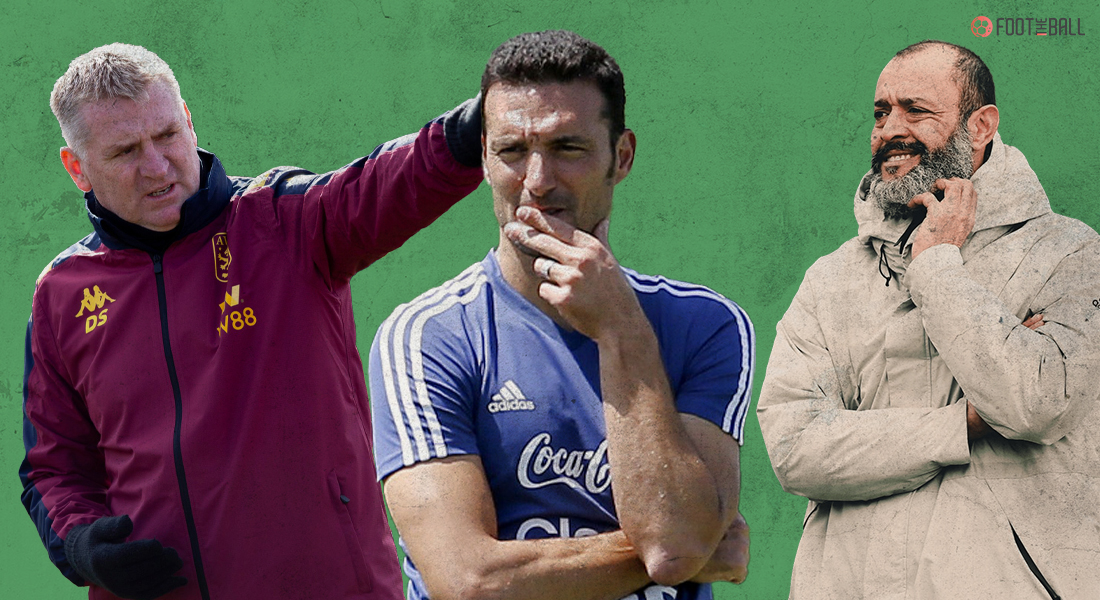 Premier League outfits Tottenham Hotspurs and Aston Villa have been involved in an ugly dispute with the Argentine Football Federation.

Reportedly, the clubs had sent their players on international duty only on the condition that their players would return after Argentina’s contest against Brazil. Tottenham Hotspur had released Cristian Romero and Giovanni Lo Celso while Aston Villa sent Emiliano Martinez and Emiliano Buendia.

🚨 NEW: Tottenham and Aston Villa are in a row with Argentina coach Lionel Scaloni after he appeared to back out of a deal to release their players early from Argentina duty. [Daily Mail] https://t.co/eGvah6kq3Y

The Argentine coach however said that he wasn’t aware of any such agreement and has made the respective players available for contention against Argentina’s game against Bolivia also. La Albicelste plays Bolivia next week on the 10th of September and if Romero, Lo Celso, Buendia, and Martinez are made available they could miss two Premier League clubs instead of one.

THE BRAWL BETWEEN THE PL CLUBS AND ARGENTINA

Reportedly the two Premier League outfits sent their players on international duty only on the condition that they would return to the UK after La Albiceleste’s contest against the mighty Selecao. Argentina and Brazil last met in a feisty Copa America encounter, with the former emerging victorious.

With the World Cup qualification being on the line, Lionel Scaloni would have required a few crucial players to feature in the game.
But according to the Argentine manager, Spurs and Villa had no agreement with the Argentina Football Federation and the four players have been made available for the game against Bolivia.

“We gave the list for the three games and there are no doubts about that,” Scaloni said following Argentina’s 3-1 win over Venezuela on Thursday.
“The players are here to play all three games. We never had a refusal from the clubs. We spoke and reached a conclusion that they had to come.”

If the earlier agreement would have been adhered to then Romero and Lo Celso for Tottenham Hotspurs and Martinez and Buendia for Aston Villa would have missed just one game each. The Argentine players would have returned after international duty and after their mandatory quarantine, they could be available for their respective clubs.

According to the British government’s red light system for covid quarantine, a person returning from a red-list country must be placed in mandatory quarantine for 10-days. This would mean that Nuno Santo and Dean Smith would be without the services of their players for just a single Premier League fixture.

But if the Argentine Football Federation keeps the four players for the game against Bolivia, then they would be out of contention for another game.

Understandably, the frustration shown by Tottenham Hotspur and Aston Villa is justified because of the importance of the four players. Emiliano Martinez has been a brick wall in Argentina’s and Aston Villa’s goal, putting in match-winning performances week-in and week-out.

The former Gunner was awarded the Copa America Golden Glove after his heroics guided La Albiceleste to their 15th South American title.

A hard fought point this afternoon.

Now on to 🇦🇷

While Emiliano Buendia has been a star-signing for the Clarets and Blue. Playing for Championship side Norwich last season, the Argentine was the fulcrum of Daniel Farke’s eleven. Buendia scored 15 goals and made 15 assists helping the Canaries secure promotion to England’s top-flight.

Both Martinez and Buendia were already out of Villa’s game against Thomas Tuchel’s Chelsea. With just a single won from three games, the Villans haven’t kicked off their season as expected. And with Chelsea looking to revive themselves after the draw at Anfield, Dean Smith could be missing the services of Martinez and Buendia.

Argentina take on Venezuela in a World Cup qualifier shortly.

Tottenham Hotspurs are on the top of the league table and are yet to lose a game. Cristian Romero was purchased this summer from Italian outfit Atalanta while Lo Celso has been a constant servant of the club. If Nuno Santo has to maintain his fine touch of form he would need his Argentine players to stay in the hunt for contention going into the next games after the international break.

The Premier League leaders face Crystal Palace next week and would want to return from Selhurst Park Stadium with three points. Although Santo might not need Romero and Lo Celso against the Eagles, he would need them in the UEFA Conference League game against Rennes on September 16th and for the North London derby on the 19th.

Both the Premier League teams are adamant about restoring the services of their players this week and are waiting for their return.
The summer transfer window has been nothing short of a roller-coaster ride after we witnessed some of the biggest European outfits shuffling the pack. Unfortunately during the window, various leagues had announced that they aren’t willing to send their players on international duty considering the disastrous effect the pandemic has caused in South America.

The decision came ‘unanimously’, although several teams have decided to permit their members to join their international teams despite the strict quarantine procedures in the UK.

Fifa’s president Gianni Infantino has appealed to Boris Johnson to help solve its crisis over English clubs’ refusal to release players for international duty in ‘red list’ countries next month.

The FIFA President had also written a letter to the Prime Minister of the Country, Boris Johnson, requesting him to remove the strict rules for professional footballers. Unfortunately, the British government refused to grant exemptions and the players are still expected to undergo mandatory quarantine and the required covid procedures.