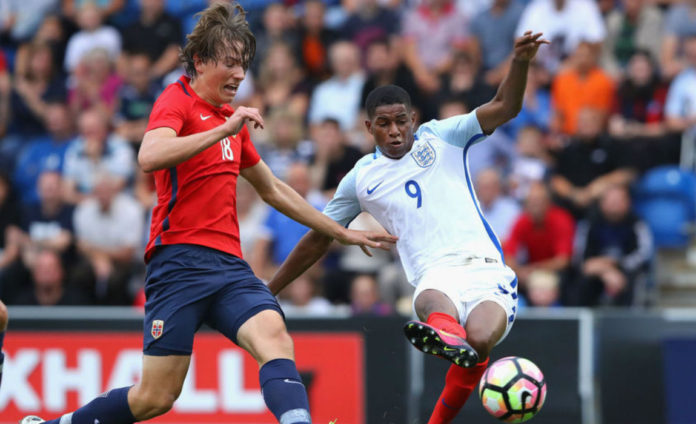 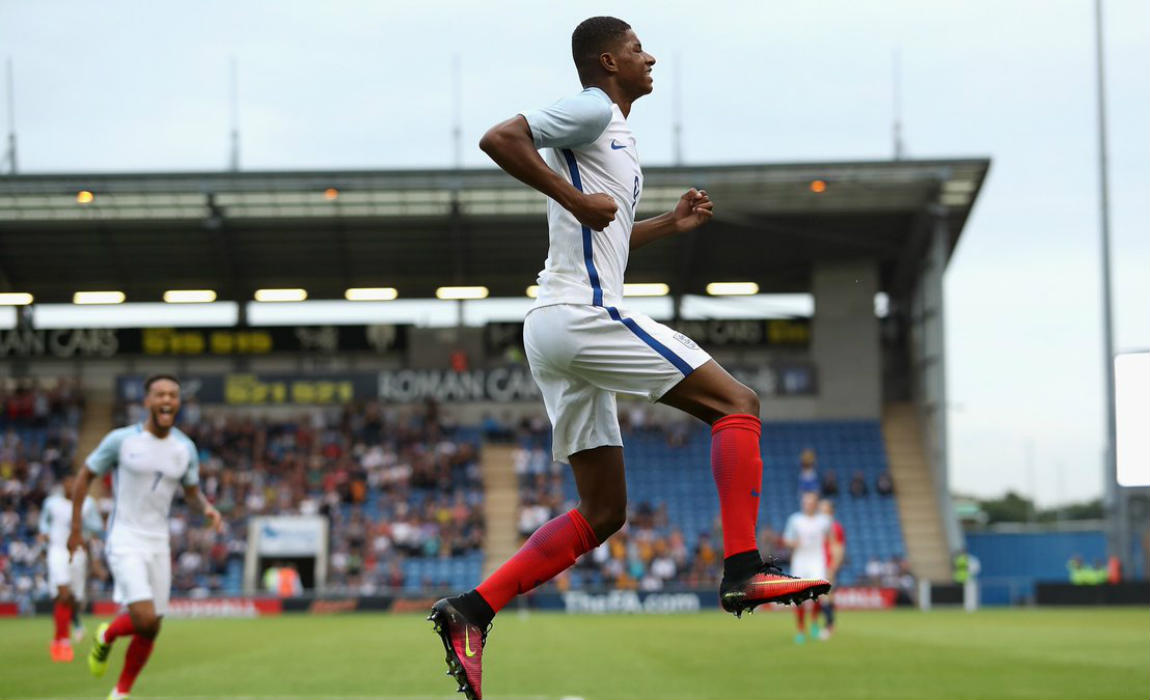 Manchester United prodigy Marcus Rashford proved his class once again and reaffirmed the popular fan opinion that his talent should be used at the senior level after scoring an incredible treble in his U21 debut as England thrashed Norway 6-1 on Tuesday.

The 18-year-old striker, who was earlier dropped from England’s senior squad by new Three Lions boss Sam Allardyce, opened the account in the 29th minute.

Marcus Rashford displayed incredible pace to get on the end Chalobah’s deflected pass before launching a strike into the bottom corner.

The promising young striker scored his second in the 64th minute from a brilliant curling effort into the top corner before completing his hat-trick from the penalty spot.

Rashford has earned only 18 minutes of game time for Man Utd before the International break this season but he clinched the last gasp winner against Hull City.

And now let us see how see how Twitter celebrated Rashford’s fantastic treble.

Marcus Rashford has taken every every opportunity he has been given at every level. Convinced he is the real deal.

Marcus Rashford has scored for @England under-21s. Wonder if our new England boss will ever be brave and veer away from tried and failed.

Great finish from Rashford. I would start him the weekend ⚽?

Rashford just has to start for Utd… Something happens every single time he is on a football pitch. Whatever “it” is, he has it

Rashford is special, has to start the Derby on Saturday, he’ll have Stones and Otamendi on toast

Very clear to see Rashford belongs with senior team but no harm in him being with U21’s getting mins & goals #MUFC pic.twitter.com/SiUAxt5h57