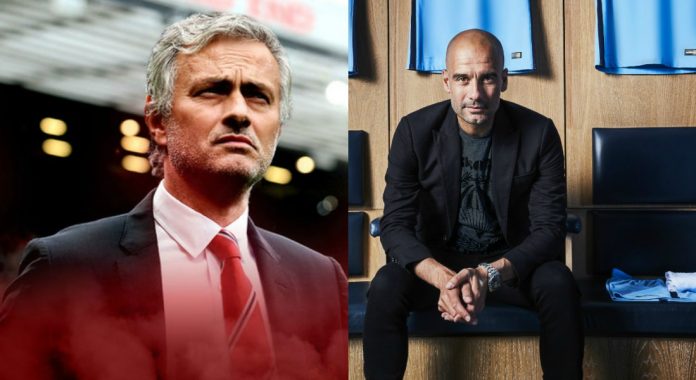 Manchester United were held to a 2-2 draw with Burnley on Tuesday at Old Trafford and this has now dashed their hopes.

Both the Manchester clubs splurged huge cash to bolster their squad during the summer transfer window.

Manchester City are in red-hot form this season and can move 15 points ahead of second place Man Utd if Pep Guardiola’s men beat Newcastle United today.

When Mourinho was told after the game that he spent almost £300m on signing new players, he replied: “Is not enough, is not enough.

He added: “When you say a club like Manchester United, do you think Milan is not as big as us?”

“There are many big clubs and you say big clubs, I know what is a big club.

“Manchester City buy the full-backs for the price of the strikers, so when you speak about big football clubs, you are speaking about the history of the club.”

It is understood that Mourinho made it clear to the board about what he expects from them ahead of the January transfer window.

Reports have claimed that Mourinho wants to make some important changes in his squad in January.

The Red Devils went 2-0 down against Burnley at Old Trafford through quick goals from from Ashley Barnes and Steven Defour.

But Mourinho’s men managed to clinch a point on Tuesday – all thanks to Jesse Lingard’s crucial second-half brace.

Man Utd have seen a recent dip in form and Tuesday’s draw comes after United managed to earn only a point at Leicester on Saturday, and earlier last midweek they were kicked out of the EFL Cup after a shock defeat to Bristol City.

“We should have won, yes,” Mourinho said of the match.

“The boys they fought against the 2-0 at half-time, so nothing at all negative to say about my players.

“I praise their spirit, their reaction, the way they accept all the risks we took in the second half.”

However, Mourinho did not blame fixture congestion for Tuesday’s result.

“It was the same for us and the same for them, they are also one of the teams that is punished by the fixtures,” he said.

Burnley boss Sean Dyche said: “A lot of pride in a team that is stretched at the moment.”

“The game plan is you’re going to have to defend and do all of the ugly details of the game well.

“We scored early, we didn’t relax on that, we scored again. Second-half they dominated a lot more. To come out with a point is pleasing.”