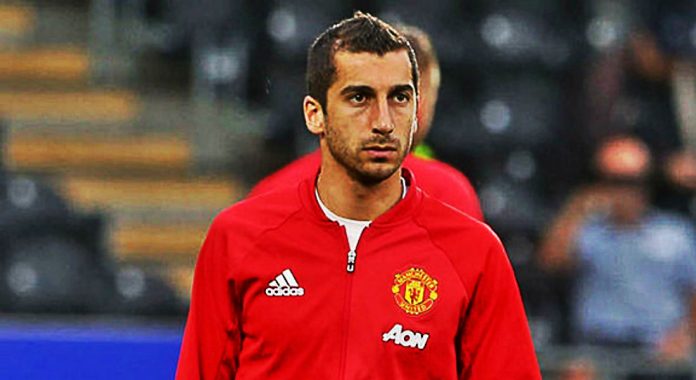 Manchester United midfielder Henrikh Mkhitaryan could be sent on loan to Inter Milan in January.

Henrikh Mkhitaryan has been reportedly involved in a training ground bust-up with Jose Mourinho.

The Armenian winger, who has fallen out with Jose Mourinho at Old Trafford, has been dropped from seven of the last nine matchday squads.

The Mirror claim that the former Chelsea boss wants to sell Mkhitaryan in order to make room for Gunners contract rebel Ozil, who previously played under him at Real Madrid.

The 28-year-old attacker has also been linked with a return to his former side Borussia Dortmund.

But according to Italian paper Gazetta dello Sport, Inter are monitoring the availability of the Armenian midfielder.

The report says that the Serie A club wants Mkhitaryan on loan but they cannot sign him on a permanent move in the summer.

Due to UEFA’s Financial Fair Play regulations, Inter cannot splurge money on players in the next two transfer windows.

“There’s a lot of criticism of Jose’s treatment of Henrikh [Mkhitaryan] but he ultimately didn’t deliver when he’s played,” Neville said.

“He’s not unlucky, he’s lucky he gets to play for United.

“Under Sir Alex [Ferguson], if I didn’t perform I wasn’t in the team. People need to stop sugar-coating it.”

Man Utd return to Premier League action with a game against Leicester, away from home, on Saturday.