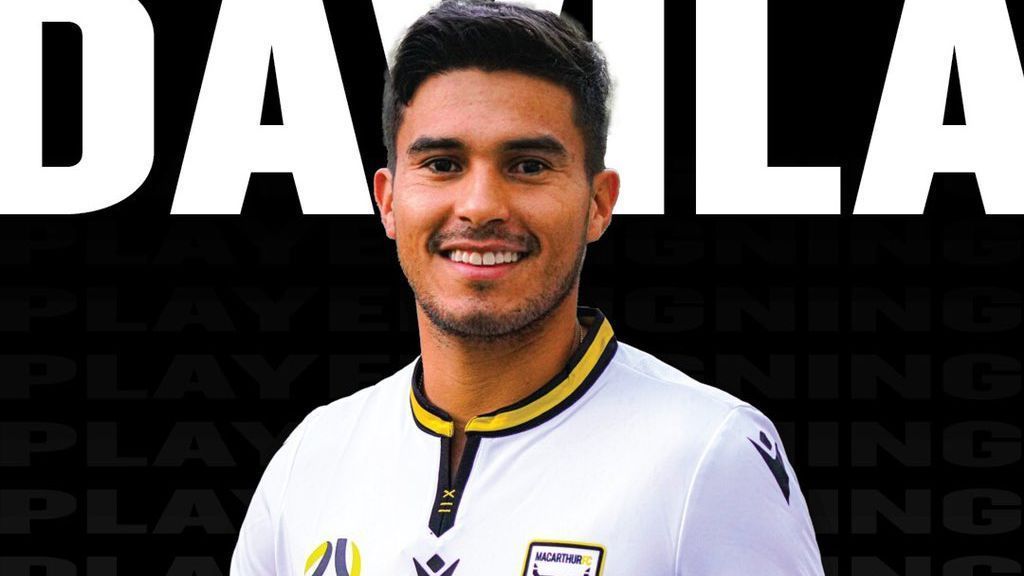 Mexican midfielder Ulises Davila is set to embark on his third season in the A-League this year. He signed for Macarthur in the off-season after spending two years with Wellington Phoenix, so this is a big coup for one of the newest members of the league.

Macarthur FC are interested in Ulises Dávila and may table a huge offer to sign the midfielder for next season 👀🐮 [Fox Football Podcast] pic.twitter.com/GvVMOspmtr

The 30-year-old has established himself as one of the best players in the Australian competition. He scored 19 goals for Wellington through 49 matches in the A-League and last season Davila was named the joint-winner of the Johnny Warren Medal, the most prestigious honour in Australian football.

Davila has a strong pedigree in the sport. He spent four years with Chelsea between 2011 and 2015, though he never played for the English club in the Premier League. When the Blues purchased him from Guadalajara, he was renowned as the first Mexican to be signed for the club. He was tipped to be a big star, but he never really got the chance to shine in London.

The last two years have been the best in the midfielder’s career; he has really settled in Australia and has been able to demonstrate his talent. There’s an allegiance now to the league that has given Davila the opportunity to show his worth because when his contract expired at Wellington, he could easily have transferred elsewhere, however, he opted to remain in the A-League instead.

Phoenix’s acquisition of Davila in 2019 showcased how strong their scouting network is. Prior to his move to Wellington, he had been playing for the Delhi Dynamos in the Indian Super League. They took a chance on the Mexican who had the experience of high-tier football, but a career that had generally stagnated a little without the right platform.

The signing of Davila, and his decision to remain in Australia, is proof that quality players are prepared to play in the A-League. It could also help attract other big names in the future as they will have seen what the 2020/2021 Player of the Year has been able to achieve.

So happy to be part of team of the season… 🤪🙏🏼💥⚽️ pic.twitter.com/dJec9oMGmE

It is also likely that many of Wellington’s A-League rivals will explore far and wide when it comes to their recruitment. All the leading clubs in Europe have scouts in every continent in the world to try and unearth players who can contribute towards future successes.

We have seen in other industries that those who are prepared to go the extra distance to do their research can benefit as Wellington have done. An example of this is in this betting industry as many of those who enjoy betting on the A-League and other leagues will be looking for the best value and most reliable sites to bet with due to the level of competition in this area. Comparison sites like AussieBet review the best betting sites in Australia to provide customers with all the data and information needed to make an informed decision on which betting provider to go with. Odds ratings, the range of markets and the variety of payment methods are all considered.

With Davila on their side, many punters will see Macarthur as one of the most likely winners of the 2021/22 A-League. They are third favourites in the outright betting, with Melbourne City and Sydney FC ahead of them respectively.

Wellington’s loss in the summer is Macarthur’s gain. They have done a great job of persuading Davila that his future should lie with them. The club, who played their inaugural season in the A-League last year, have signed the Mexican to a three-year contract.

Davila is the biggest name to move to Macarthur since they joined the A-League. It proves they are serious title challengers next season. It also may not be the last signing they make before their campaign begins. Daniel De Silva, Craig Noone and Tomi Juric are other notable off-season transfers made by the South Western, Sydney-based club in the off-season. It will give manager Ante Milicic more options for the new campaign.

Possible Mexico Call Up in The Future

Despite his age, Davila will still have aspirations of playing for Mexico. He has represented his country at various levels in the earlier stages of his burgeoning career, but never for the senior team. Davila was called up to the Mexico squad for the 2011 Copa America as one replacement for five players who were suspended from the national team. Unfortunately, he did not feature in that tournament and his country finished bottom of their group, losing all three games in a disappointing campaign.

2022 is set to be a huge year in international football with the World Cup scheduled to be staged in November and December in Qatar. Mexico will have a good chance of qualifying for that tournament, so it would be the perfect time to break into the squad.

Davila isn’t the only foreign player to shine in the A-League. Alessandra Diamanti and Gary Hooper are also great examples. They both have significant experience in Europe and are excelling in Australia at the back end of their careers.

Diamanti is now 38 but he still has a lot of class. He was signed by Western United from Livorno in 2019. He won the 2019-20 PFA Footballer of the Year in what was his opening season in Australia. He was also handed the Johnny Warren Medal last year.

Hooper has played in the top tier of football in England and Scotland and is currently back in the A-League for his second spell with Wellington. The striker once scored 31 goals in a season for Celtic, so he knows where the back of the net is.

The A-League is almost here…and we just can't get enough ⚽️@aleaguemen starts Friday November 19 | live on 10 and Paramount+ pic.twitter.com/AIxs3XI4zm

Macarthur fans will be excited to see their new signing in their shirt this season. If he performs as he did with Wellington, they are set to see a player who can perform great things on the pitch.