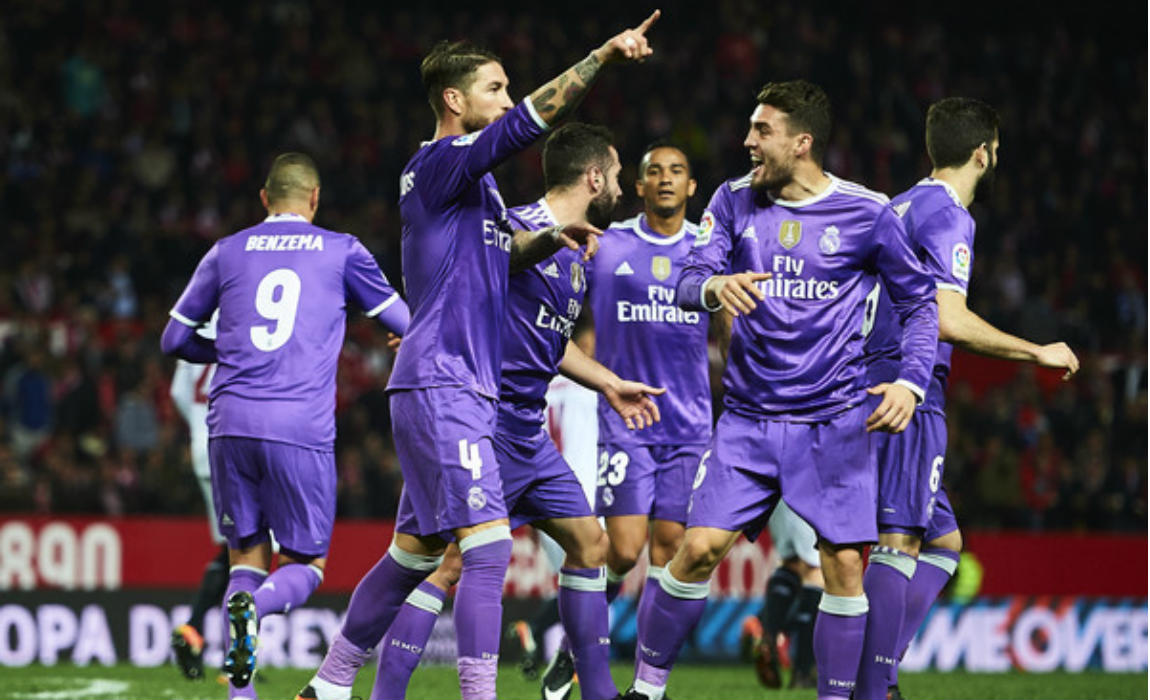 Real Madrid booked their place in the quarter-finals of the Copa Del Rey with two late goals giving them a new record unbeaten run of 40 games. 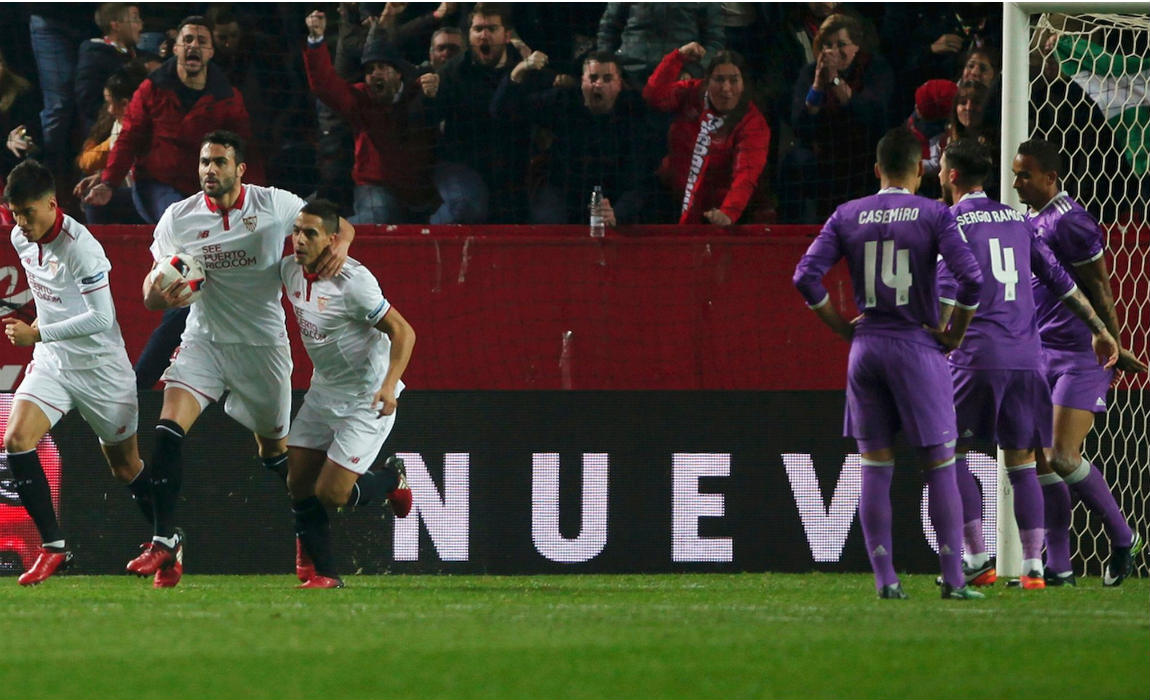 Needing to overcome a 3-0 defeat in the first leg, Sevilla debuted the new-signed Clement Lenglet and took the lead after 8 minutes with a dose of fortune as Danilo deflected a shot into his own net.

Madrid drew level and scored a vital away goal three minutes into the second half after Marcos Asensio was allowed to run from his own half, before scoring with a left foot shot. 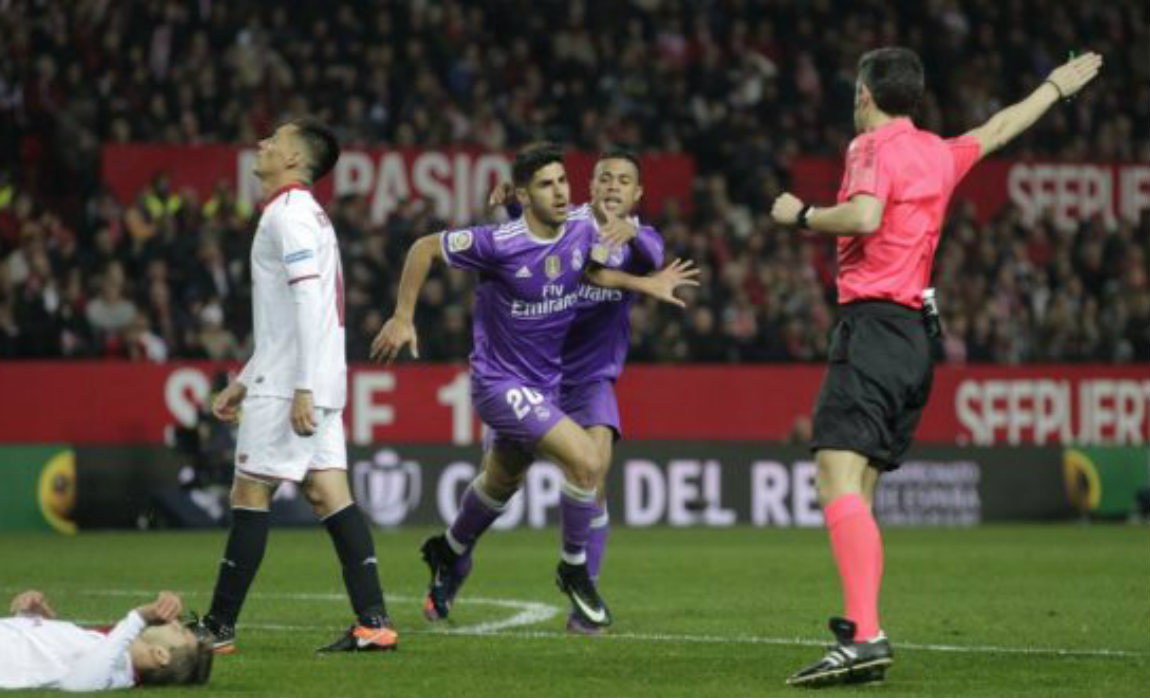 Another Sevilla debutante Stevan Jovetic fired the side back in front after 54 minutes and the tie suddenly got tense when Vicente Iborra poked home from close range in the 77th minute leaving the home side two goals away from qualification. However, a Sergio Ramos penalty six minutes later ended Sevilla’s options and Karim Benzema scored a deflected 92nd-minute equalizer to take Madrid’s unbeaten run in all competitions to 40 games.

They were joined in the quarter finals by Celta Vigo, who beat Valencia 2-1 to qualify 6-2 on aggregate, while Eibar made the quarters for the first time in the club’s history at 3-0 on aggregate following a 0-0 draw at home to Osasuna in the Ipurua Stadium. 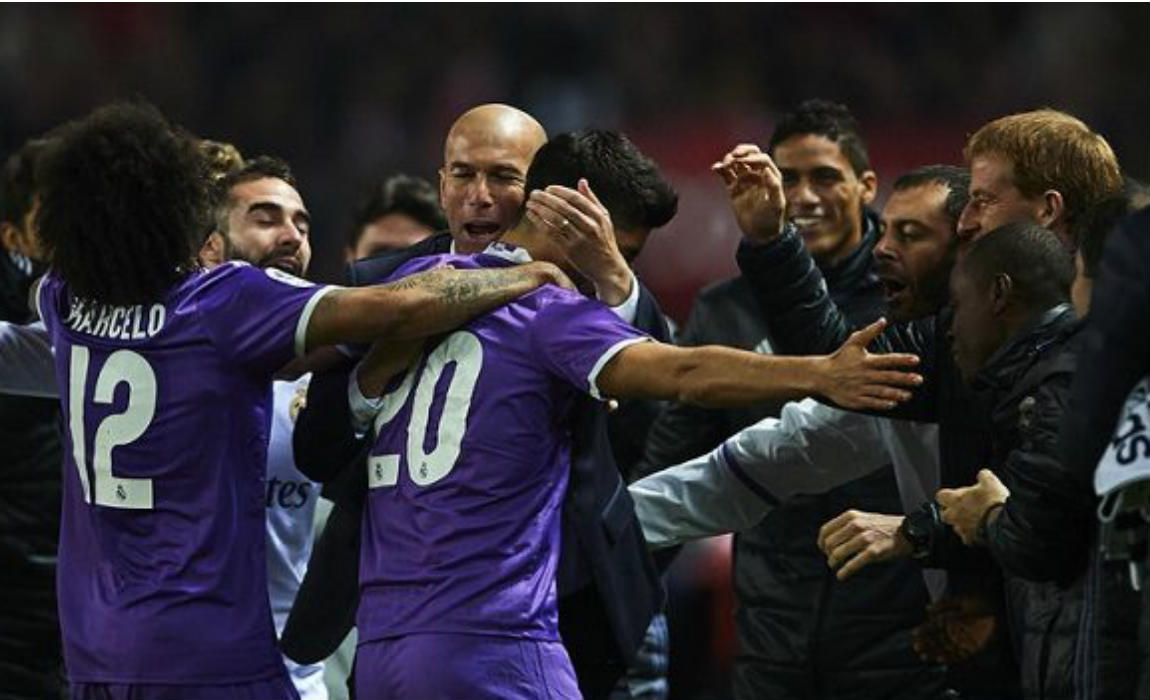 Action on Wednesday saw Barcelona, Real Sociedad, and Alaves book their place in the last eight of the Cup, along with Atletico Madrid, who assured their place in Friday’s draw after eliminating Las Palmas on Tuesday.