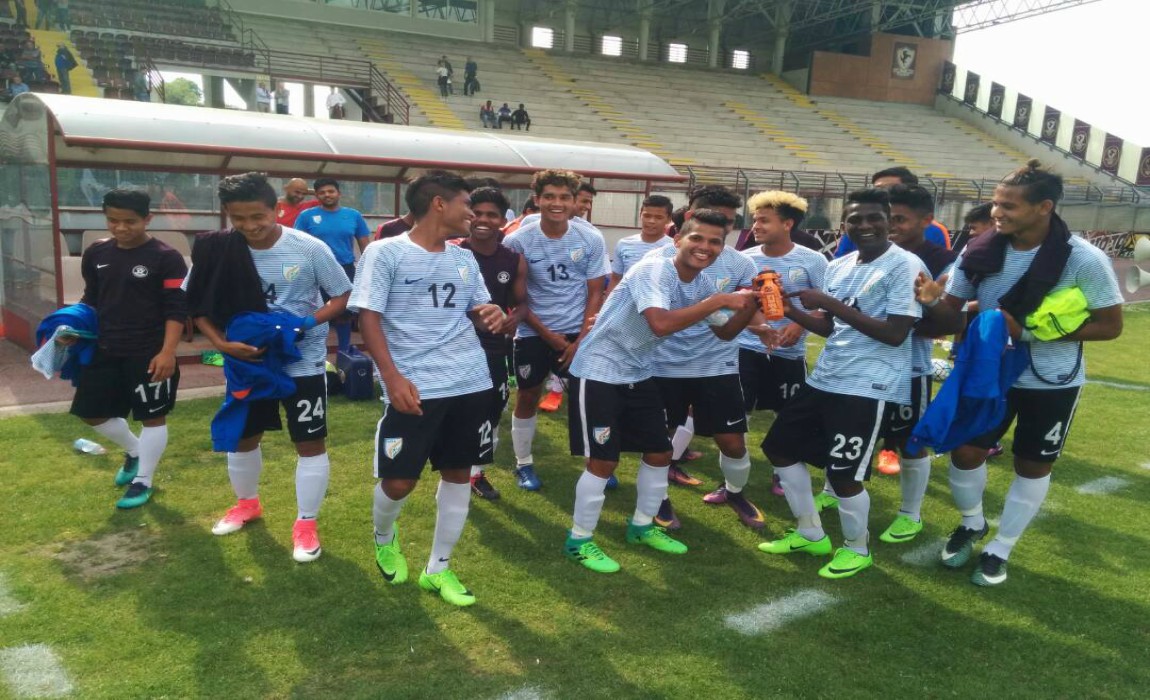 The Indian U-17 Football team has defeated Italy U-17 by 2-0 at Arizo, Italy on Friday and going by the Indian team’s preparation for upcoming FIFA U17 World Cup, looks determined and focused. 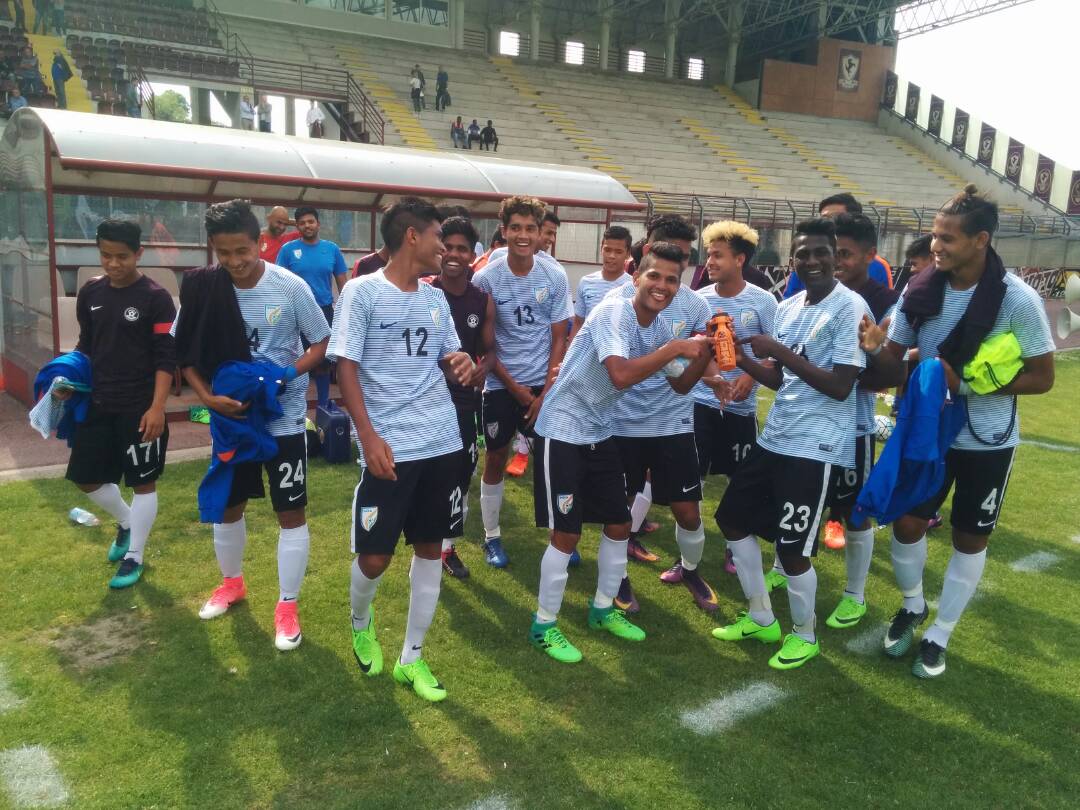 Amazing performance by young Indian players has helped the national team to win the match against strong Italian team at their home ground.

The match is part of the exposure tour of Europe for the Indian boys as they gear up for the U17 World Cup to be held in October in India.

The Indian youth were confident and powerful in blocks and gave a tough time to the hosts. In 8th minute, Komal Thatal’s strike gave India a chance to control the game.

Abhijit Sarkar’s attempt to cross took a goal bound deflection resulting in the opening goal for India. He gave a lead in the 31st minute and pushed for a second goal.

In 75th minute of the match, Rahul came close to scoring but failed to convert that in close range.

In 80th minute, India’s repeated attempt to goal was successful as Rahul scored from inside the Italian box to give a double lead to India, which made the score line read 2-0.

This one will definitely go down into the history books of the beautiful game and hopefully generate more interest in India, which is a sleeping giant according to FIFA.