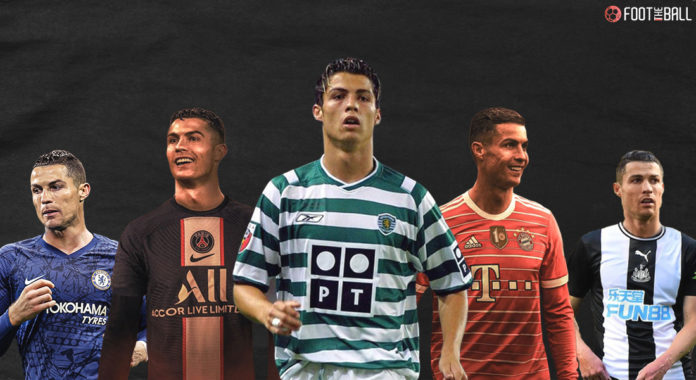 The folks at Manchester United can’t catch a break. With the appointment of Erik Ten Hag, it was expected that the club would move swiftly to complete transfers. However, it has not been smooth sailing for the club. Firstly, United CEO Richard Arnold met fans planning to protest to assure them that the club would make signings. And then came the big news. The Times reported that Cristiano Ronaldo had requested the club accept a transfer offer.

This would be a significant blow to United, who would lose their best attacker if accepted. However, there are no shortages of clubs looking to welcome Ronaldo into their ranks. Even at 37 years of age, the Portuguese is going strong. Ronaldo scored 18 goals in the Premier League, the third-highest in the league.

However, United have performed well below expectations. The club only accumulated 58 points in the league, their worst haul in the Premier League era. In addition, United suffered some of their most humiliating defeats. These include two defeats against Liverpool, an FA Cup exit at the hands of Middlesbrough and a Champions League exit against Atletico Madrid.

Multiple reports have stated that Ronaldo wants to play in the Champions League. However, no club has the financial resources to execute the deal. Even on the final day of the transfer window, it is hard to say whether he will stay or go. Chelsea were said to be interested, but with the signing of Pierre Emerick Aubameyang, that deal looks as good as over.

If Ronaldo stays, he would also miss out on the Champions League for the first time since the 2002-03 season. So, where could Ronaldo go?

Could it happen? Will Cristiano Ronaldo and Lionel Messi play on the same team? Well, PSG is the only club that could make it happen. The club has offered the most significant contract in football history to Kylian Mbappe. And While PSG President Nasser Al-Khelaifi has said that the club would not indulge in any more big signings, the possibility of having a Messi-Mbappe-Ronaldo trio would be too good to pass.

The deal would also bring vast money into the club, which would mitigate the impact of the transfer fees and salary. This would also increase the viewership of Ligue 1, resulting in more money for the league.

One problem the club would encounter tactically is the lack of defensive work from the triumvirate. This is a problem that the club has faced time and again in the past seasons.

Their forwards’ lack of defensive duties has hurt the club, especially in the Champions League.

The top 10 Gazumps in football history

Bayern Munich may be without Robert Lewandowski, who has expressed his intention to leave the club. While the club has already signed Sadio Mane, Ronaldo will make the club a force to reckon with in Europe.

Ronaldo is also one of the few players in football that could offer the same goal threat as Lewandowski. He will also bring in much-needed experience for the club at the Champions League, where the club came short in the last two seasons.

Cristiano Ronaldo has asked to be allowed to leave Manchester United should the club receive a satisfactory offer. Bayern Munich are understood to have placed a hold on their interest in Ronaldo until Robert Lewandowski's sale has been agreed [@DuncanCastles, @TimesSport] pic.twitter.com/1j773cywLa

Well, Newcastle United started their new prosperous era by signing one of the best midfielders in Bruno Guimaraes. Now they could go one better by signing Cristiano Ronaldo. The club is one of the few that could afford the striker’s wages. Eddie Howe has performed a mini-miracle since taking charge of the club and is looking to improve his side further.

The club will be looking to show their intent in the market, and signing Ronaldo would do just that. With the money they have, Newcastle would fancy a top-four finish. However, the club continuously struggled in front of the goal last season, and signing one of the best strikers would help improve that.

The only stumbling block is Newcastle would instead like to build for the future by signing young talented players. Ronaldo’s age is also a factor which could prompt The Magpies to look somewhere else.

DERBY COUNTY HAVE FINALLY A NEW OWNER. But who is life long fan David Clowes who has bought the club?

Out of all the clubs on the list, Sporting CP are by far the club with the least financial resources. The club can in no way afford Ronaldo’s wages. However, they have a far more powerful thing, emotions. It was the Portuguese club where Ronaldo spent six years, and he became one of the best young talents in Europe.

Sporting’s director Hugo Viana has said that while he loves the idea, the move is difficult to complete. Sporting has won two league titles this century, with Ronaldo playing no part in both campaigns.

"I will retire there. I have to give it to them even if it is one season of my service. They scouted me while no one saw something special in me, they made me and without them I would be probably working at McDonalds." pic.twitter.com/XDhWmzISmI

Winning a league title in his home country would be the ultimate way to end a brilliant career. Sporting are also playing some brilliant football under Ruben Amorim. They also play a 3-4-2-1 system, making Ronaldo the focal point of their attack.

Chelsea were supposed to be one of the favourites to win the Premier League last season. However, all that ended after Romelu Lukaku failed miserably. The Belgian has returned to Inter Milan with Chelsea without a top striker.

The club has also lost several key players, such as Antonio Rudiger and Andreas Christensen. So Tuchel needs not only young talent but also experienced veterans like Ronaldo.

While United will ask for a high valuation if Chelsea do submit a bid, which may put off The Blues.