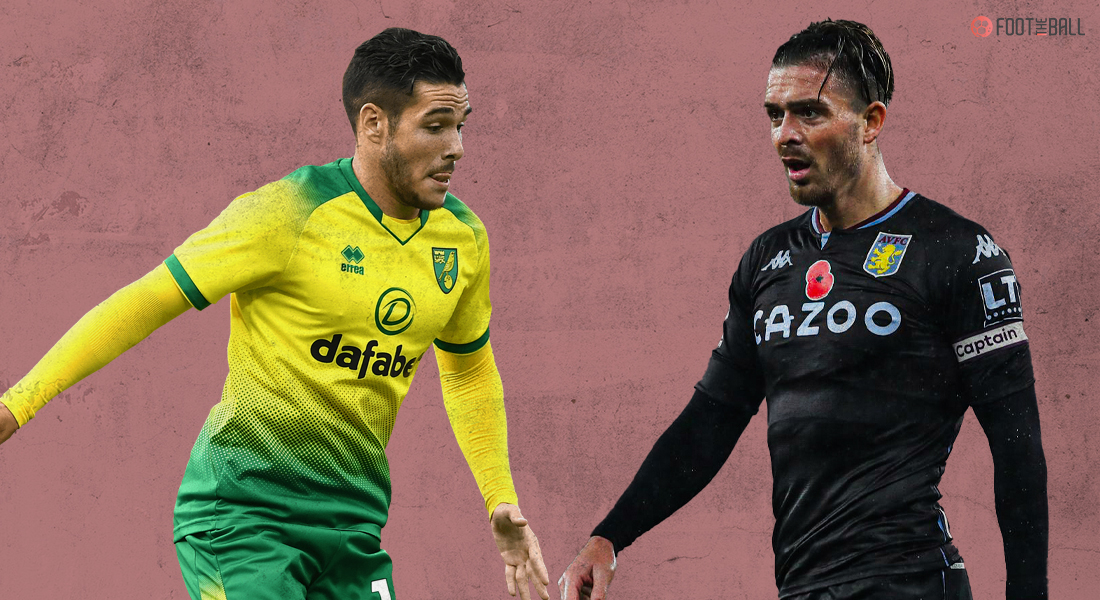 Aston Villa had a topsy-turvy season and finished in the bottom half of the table. They scored 55 goals and secured the same number of points to finish eleventh in the table, ten points adrift a European spot. They did display brief spells of spectacular football that suggests a promising season. Buendia is set to join Villa, but what does this mean for Grealish?

The management at Aston Villa looks to back Dean Smith this summer and is reportedly willing to spend considerably big on targeted players. Villa’s star man Jack Grealish has been the driving force and with rumours linking him away from the club, it would be a wise idea to secure one or two quality signings.

Emiliano Buendia is one such player that fits the role perfectly. The 25-year-old Argentine has had a sparkling season for Norwich City. In his 39 appearances for the club this season he found the net 15 times. What’s more impressive though, was his ability to pick out goal scoring chances. Emi Buendia assisted a whooping sixteen goals, more than any other player in the league. An outstanding season that helped Norwich City a ticket back into the Premier League.

The voting is closed! ❌

🥁 Your @Dafabet goal of the season for 2020-21 🥁@EM10Buendia's sensational touch and finish against Bristol City at Ashton Gate! 👏 pic.twitter.com/hFJjsva7PE

The midfielder often thrives on the right side of the field and is on a constant lookout for teammates in advanced positions. He averages fifty passes per ninety and is also keen on taking a shot whenever the opportunity arises. Emiliano loves to keep the ball and tries to cut infield as often as he can. When out of immediate options, the midfielder uses his vision to pick teammates on the other half of the field.

His ability over set-piece situations is also a notable feature. When unable to cut infield, the midfielder often drives into the channels and puts in crosses or low through balls to find players in the box. A creative midfielder who is capable of playing a wide variety of balls to create goalscoring situations. The additional benefit of strong defensive support makes him an ideal choice for Villa.

Only Kevin de Bruyne played fewer matches than Jack Grealish and got shortlisted for the Premier League Player of the Year (POTY) Award. In just 25 appearances, the Villa captain scored six goals and assisted ten times to help the Lions secure their best finish since 2011. The 25-year-old is one of the most influential players for a club in the Premier League right now and his ability on and off the ball is evident.

The nominees are in 🙌

The attacking midfielder is exceptional at finding teammates and creates an average of three key chances per ninety. An exceptional dribbler who has the raw pace to beat players using his explosive changes in direction. His goal contribution is on a rising tally and with it, his confidence has seen a significant boost. With Watkins, Ghazi and Traore in support, Smith’s side has been exceptional going forward.

However, Grealish would be more than hungry to play European football in the coming seasons. In fact, of the eight nominees that were announced for the POTY, Grealish is one of just two who does not play in Europe next season. Harry Kane is the other player, but a move away from Tottenham might well change his circumstances.

Pep Guardiola has praised the Villa Captain on more than one occasion and since rumours have been circulating about a possible transfer to Manchester. City would be adding more depth to their already talented midfield if the rumours do pan out to be true. A fee around the 100 million Euro mark would be the ideal bounty that the young captain warrants. The billion-dollar club does have the resources to pull off such a move, but the necessity of the deal is still in question.

Manchester City desperately needs a striker, especially since the departure of Sergio Aguero. Although Jesus is a viable option, he is not an out and out striker. City’s inability to finish off the ample chances they create during matches have cost them valuable results. Jack Grealish simply does not fit the need and hence might not be making his way to Manchester.

The other, more historically significant club in Manchester is also a viable option for the Englishman. United has made considerable progress this season despite facing heavy criticism in the early stages. Even though they are nowhere near their old stature, Old Trafford is still an attractive destination.

Pep Guardiola when he sees Harry Kane and Jack Grealish linking up pic.twitter.com/TZImlFl0ou

There are also crazy speculations that point towards the Emirates stadium. Emi Buendia was a prime target for the Gunners and now Arsenal is in dire need to find a new prospect. A fee of 30 million is on the cards. Mikel Arteta will have a tough time finding another suitable candidate, and although Grealish is linked to the club, it is highly unlikely to be successful.

The top officials in Villa feel they have what it takes to break into the elites of the Premier League and keeping their captain intact would be a priority. Villa is not interested to sell and given the financial situation due to the pandemic, it is unlikely to see many high-profile signings. Jack Grealish might well be staying!