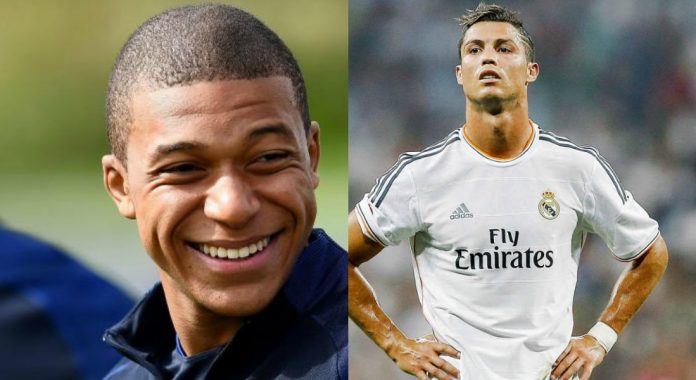 Teenage sensation Kylian Mbappe has informed Monaco bosses that he would only play for Real Madrid if he leaves the Ligue 1 club. 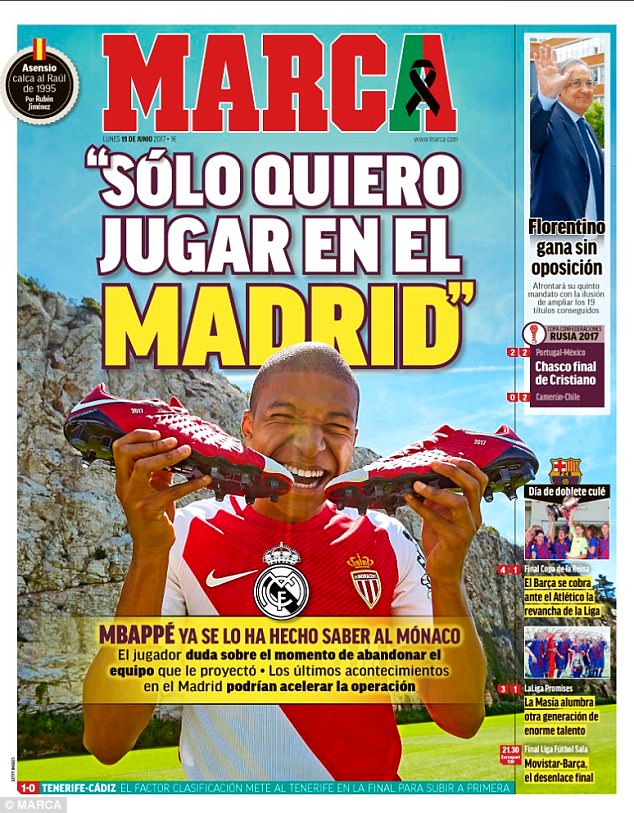 But the French striker is keen to make a move to the Bernabeu, according to Spanish newspaper Marca.

FootTheBall sources also claim that the 18-year-old forward is eyeing  a move to Real Madrid and recent doubts over Cristiano Ronaldo’s future could make such a move possible for the French teenager. 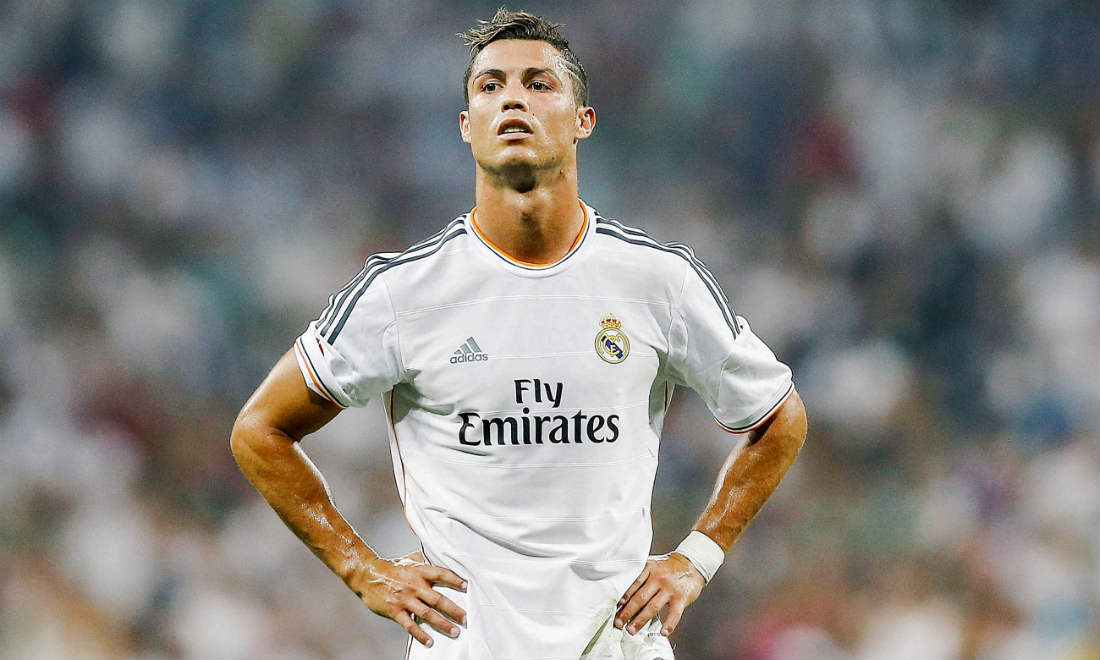 Ronaldo is unhappy at Madrid due to a lack of support over his fight with Spanish tax officials and could part ways with Real Madrid this summer – with Manchester United and Paris Saint-Germain in the race to secure the signatures of the four-time Ballon d’Or winner. 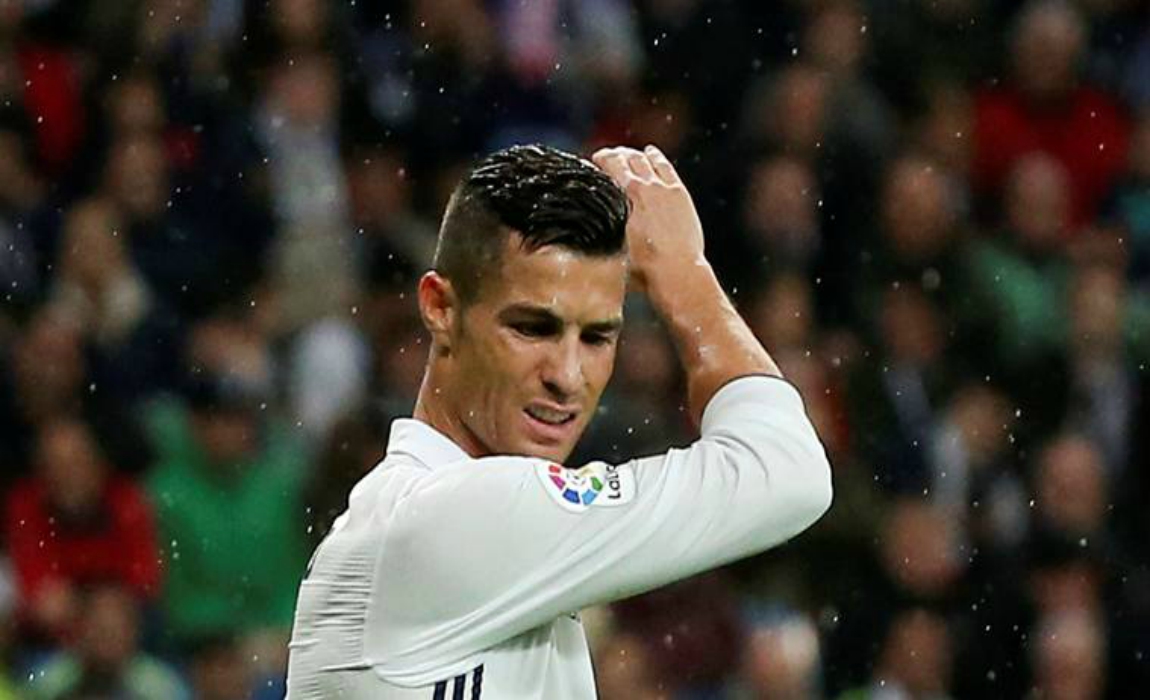 Marca also claim that the Portugal skipper has already informed his international team-mates that he wants to leave Real Madrid – making way for Mbappe to join Zinedine Zidane’s side.

However, Real have set a huge £350 million asking price for the Ballon d’Or winner if he is to leave the Santiago Bernabeu. And any other club would have to break the bank for a world record fee for the former Manchester United player.

It is now believed that Mbappe’s expected move to the Bernabeu has been spurred by the re-election of Florentino Perez as the club president. 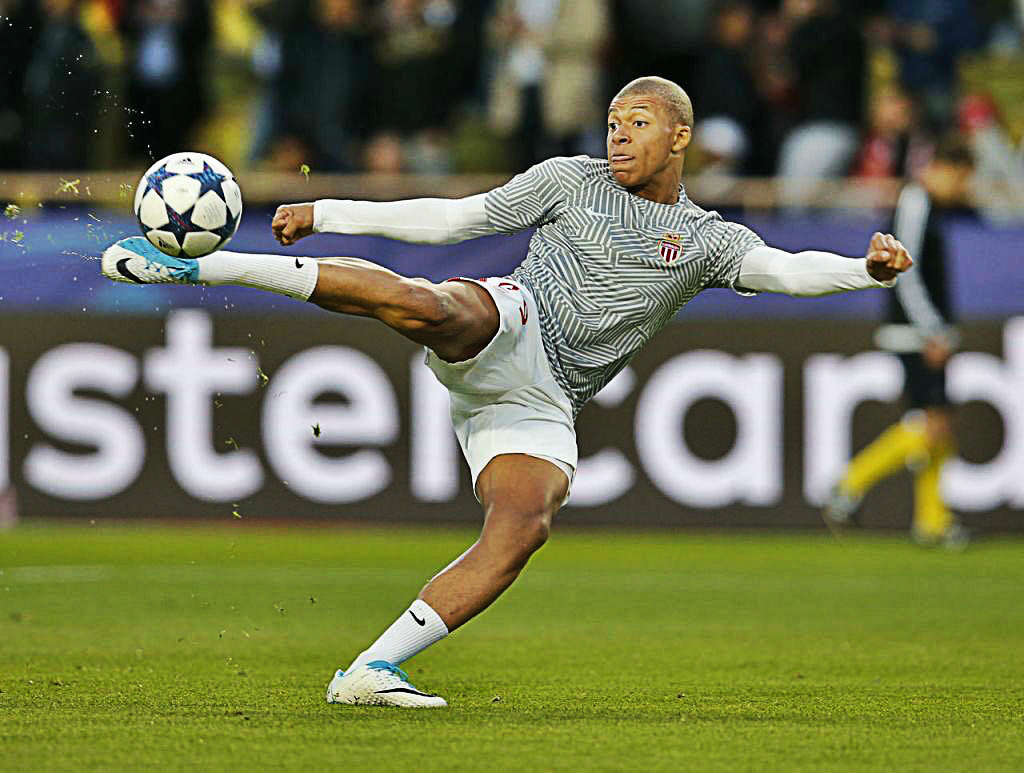