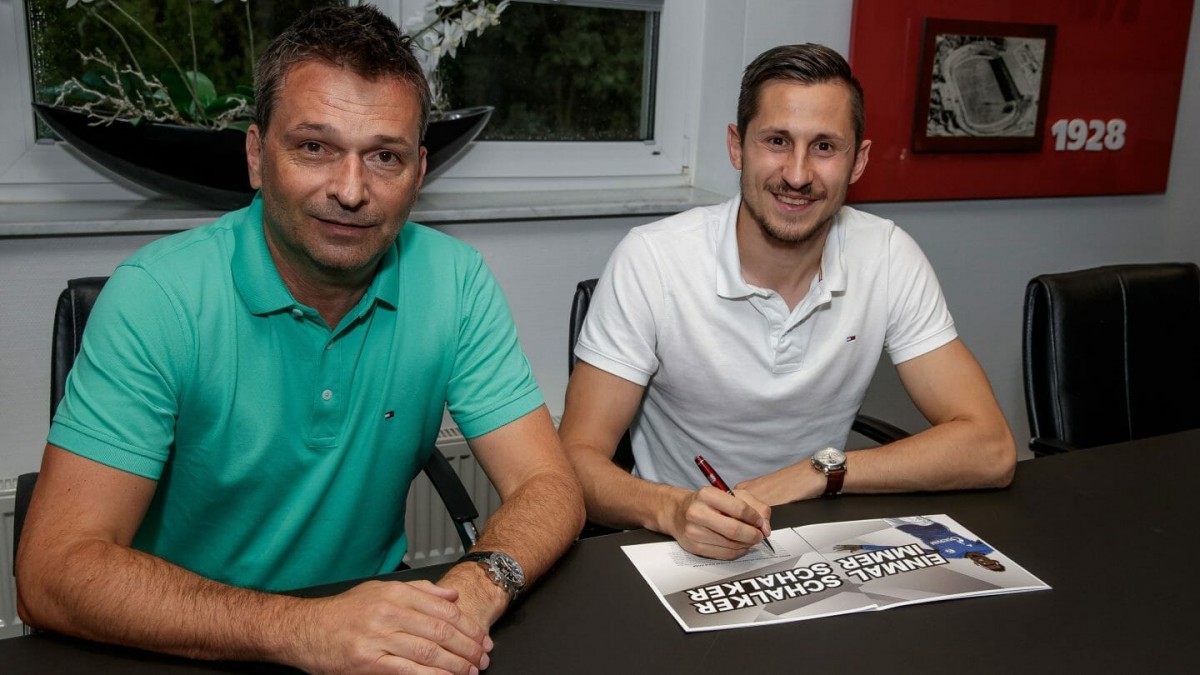 Schalke have sealed their fourth summer transfer after signing striker Steven Skrzybski from second division side Union Berlin, both clubs confirmed on Wednesday.

The 25-year-old attacking all-rounder has put pen to paper on a three-year deal, which keeps him in Gelsenkirchen until June 2021.

“Steven Skrzybski was one of the best second division players of the past season. We are delighted that he has chosen for Schalke. He is dangerous in front of the goal and gives always 100 percent. His style of play is variable too,” Schalke’s head coach Domenico Tedesco said.

Schalke’s new arrival played since 2000 for Union Berlin where he made 136 competitive appearances with 29 goals and 18 assists. Skrzybski was the second-best top scorer after scoring 14 goals last season.

“I have been a huge Schalke fan since my childhood. I hope that I can contribute my part to ensure a successful season again. I cannot wait to start,” Skrzybski said.

Schalke completed the Bundesliga season 2017/18 on the second place to secure a berth in the UEFA Champions League group stage.