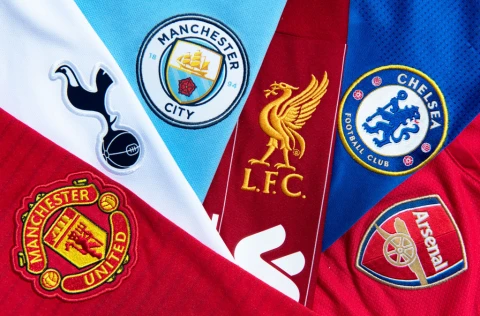 The Premier League season has already started with fans enjoying the best football league in the world. However, there is lots of action off the field as the transfer window deadline is still three weeks away. With the season expected to be one of the toughest in recent memory, every club, especially the big six, are scampering around to sign the best player available.

What do the Premier League top six need in the transfer window?

While the Gunners may have missed out on the Champions League after being pipped by Tottenham Hotspur, they are ready to strike back. Mikel Arteta demanded signings and got them. Gabriel Jesus and Oleksandr Zinchenko joined from Manchester City, while Porto’s young sensation Fabio Vieira and MLS star goalkeeper Matt Turner also arrived at the Etihad.

The Gunners have assembled a good squad which is well equipped to deal with playing in multiple competitions. While Jesus will improve the quality in attack, Zinchenko can play at left-back or in the midfield. In addition, Vieira is an able deputy to Martin Odegaard so is Matt Turner to Aaron Ramsdale.

The two areas where the Gunners could improve are the full-back and the wings. At the same time, PSV star Cody Gakpo is also an exciting option that could provide a much-needed boost to the attack. However, the right-back is the most pressing need, and they could go for a player like Ajax’s Devyne Rensch.

The new era under Todd Beohly has begun at Chelsea. However, in the transfer window, Chelsea have faced several rejections, missing out on Gabriel Jesus (Arsenal), Raphinha(Barcelona), Robert Lewandowski(Barcelona), Matthijs de Ligt(Bayern Munich), and Jules Kounde (Barcelona) in a single transfer window.

The defence was their biggest weakness after the departures of Antonio Rudiger and Andreas Christensen. However, Chelsea have managed to snap up Marc Cucurella and Kalidou Koulibaly. Thomas Tuchel still needs a quality defender, and while Leicester City’s Wesley Fofana is a target, he is not coming cheap. But if they want to compete with Liverpool and Manchester City, having three world-class defenders is a must.

#Chelsea's latest bid for Wesley Fofana is over £70M and it won't be the last one made if it is rejected. He is their number one target for the rest of the transfer window.

Elsewhere, Chelsea are also chasing Frenkie de Jong and Barcelona striker Pierre-Emerick Aubameyang with the latter needing more at Stamford Bridge after the departures of Timo Werner and Romelu Lukaku.

Jurgen Klopp’s men had a frustrating last season as they lost out to Manchester City and Real Madrid in the Premier League and Champions League, respectively. And Liverpool didn’t alter their squad much. Instead, the club signed Benfica’s sensation Darwin Nunez, Fulham’s youngster Fabio Carvalho and Aberdeen’s Calvin Ramsay.

While fans have lamented the lack of signings in the central midfielder, Klopp believes Liverpool could wait a year with the current crop. Nunez is a replacement for Sadio Mane, who departed to Bayern Munich. A quality backup to Trent Alexander Arnold could also alleviate the pressure on the starting right-back.

However, a central midfielder is the most pressing need. Liverpool showed that they are ready to pay the top amount for the best player this season when they signed Darwin Nunez. And the Reds will be prepared to do it again for a player of Jude Bellingham’s calibre.

While City have signed Sergio Gomez, the left-back might not yet be ready for Premier League’s intensity. So, a replacement must be sought with Wolves’ Rayan Ait-Nouri and Stuttgart’s Bruno Sosa, or even RB Leipzig’s Josko Gvardiol the perfect player to act as Joao Cancelo’s deputy.

City could also go in for a winger or a central midfielder; however, those moves are improbable to materialise this Premier League transfer window.

Where do we even begin? Manchester United endured a painful last season and are now bearing an even more painful transfer window. Till now, the Red Devils have signed Tyrell Malacia from PSV, Lisandro Martinez from Ajax, and Christian Eriksen from Brentford.

However, they still are well short of quality replacements, as evidenced by their loss against Brighton in their first match of the season. And while United have several weaknesses, none is more evident than the defensive midfield.

🚨 Chelsea are now confident of hijacking the Frenkie De Jong transfer after Manchester United's 3 month pursuit of the player.

Time and time again, United have been dominated in the midfield, which has been down to an absence of a strong number 6. And since the start of the transfer window, the club have been chasing Barcelona’s, Frenkie de Jong. However, the Dutch midfielder has maintained he wants to stay at the club. In addition, Chelsea has also joined the race for de Jong. In short, it would take a miracle to revive United’s transfer window misery.

Despite qualifying for the Champions League, Tottenham have not rested on their laurels and had one of the best transfer windows in their history. Antonio Conte’s men have signed Richarlison, Ivan Perisic, Yves Bissouma, Djed Spence, and Clement Lenglet(loan) and are also close to signing Udinese wingback Destiny Udogie.

The club is perhaps the most improved squad in the league following the transfer window. And reports suggest they are not done yet. They are looking to add James Maddison, or Nicolo Zaniolo to the squad to bolster the attacking department.

🧵 A thread of issues that Tottenham Hotspur still need to resolve this transfer window, and players that could potentially fulfil that.#THFC || #COYS pic.twitter.com/ljNToUhx32

However, a centre-back is a more pressing need with someone such as Inter Milan’s Alessandro Bastoni. The defender has already played under Conte and is a player who is perfect for his system. If they managed to sign a centre-back, then Tottenham, on paper, would be the best team after Liverpool and Manchester City.