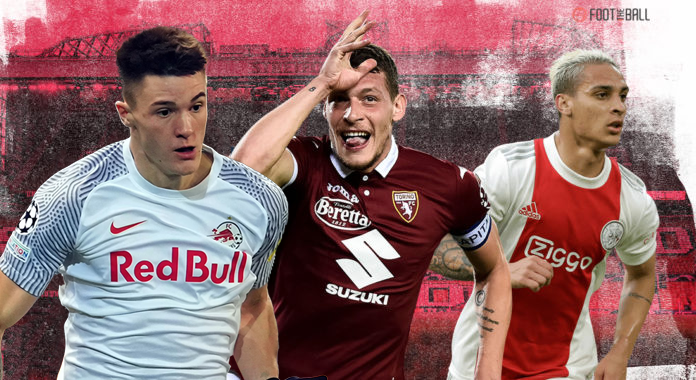 The Cristiano Ronaldo transfer saga has become a circus around United. It has threatened to derail the season before it has begun. After he was left on the bench for their first PL fixture, a disastrous 1-2 loss to Brighton, the furore around Ronaldo has only increased.

While Ronaldo looks to leave, a new player finally joins! Meet Tyrell Malacia, the young left-back who could signal better days to come.

From the timing of Ronaldo’s request to the extremely careful wording of his statements so far, there is a lot to unpack. United missing out on the UEFA Champions League and their inability to challenge for trophies are thought to be the major factors. Erik ten Hag has tried to instil confidence in fans, but a delay in signing top targets is not helping. Frenkie de Jong transfer saga has become a microcosm of failings in United’s transfer strategy.

Therefore, Ronaldo is justifiably worried about not winning silverware in his final years. However, United have been steadfast in their approach of not wanting to sell. Nevertheless, it is hardly wise to keep a superstar player if he wishes to leave. The problem is in United’s court.

Cristiano Ronaldo is certainly one of Manchester United’s greatest ever signings. Here are the best of the rest

They have no world-class strikers at the moment. Liverpool signed Darwin Nunez, and Edinson Cavani has left. Marcus Rashford had a horrid 2021-22. Of course, the Red Devils have to buy someone if they are to keep up with their rivals.

So, who would be the ideal choice for Erik ten Hag and a viable target? FootTheBall lists five replacements for Ronaldo and how they would fit.

Starting with an option who is definitely not a striker. Well, that is how football works (right, Pep?). Antony has been a target for United ever since Ten Hag arrived. The Brazilian right forward is a terrific crosser, who can get double-digit goals every season.

United have been monitoring the situation, but negotiations are slow. Antony would instantly upgrade United’s attack, which huffed and puffed against Brighton. Ronaldo’s departure means one of Rashford or Anthony Martial playing through the centre. This option will leave them at a disadvantage during aerial duels.

However, the pace on the counter and long-range finishing will be a big bonus. United were hampered on the right side ever since Mason Greenwood was arrested and suspended. Anthony Elanga did a commendable job, but United need more.

This one came out of the left field! The former West Ham striker enjoyed somewhat of a career revival last season at Bologna. The Austrian scored 14 goals as his talismanic play helped Bologna stave off relegation worries.

Moreover, Arnautovic has prior experience working with Erik ten Hag. United’s recent transfer window has shown a startling lack of innovation, with the club going for targets who have played under ten Hag, like Lisandro Martinez, or who were previously targeted by him, like Tyrell Malacia and Christian Eriksen.

The 33-year-old fits both bills. While there are doubts about his character in the dressing room, and his past problematic remarks, Arnautovic’s on-field play suggests he could be a serviceable stopgap signing. Fans would rightly argue, however, that United need much more than stopgaps.

100 goals in seven Serie A seasons is definitely not a bad return, especially while playing for a mid-table club. Belotti has been one of the most consistent strikers in the league, known for his physicality and aerial prowess.

Belotti would slot right into the Ronaldo position but would offer something during buildup play too. He is an expert in holding up the ball for his partners and could release the fast-paced wingers down the flanks.

Official statement from Torino now confirms Andrea Belotti will not sign a new contract – he’s available on the market as free agent immediately, no full agreement with any club yet. 🚨🇮🇹 #transfers

Belotti will make a decision on his future club soon.

Moreover, he will also be a great danger from set-pieces, from which United have struggled in the recent past. Though his own speed is not too great, Belotti will be a nuisance for defenders. He is available on a free transfer as well, so the process of signing him should be smooth.

The next Haaland? RB Salzburg think so! The Croatian is the latest striking sensation to come from the RB conveyor belt. Reportedly, United have had initial discussions with Salzburg about the transfer but have been put off by the valuation. The Austrian champions value the wonderkid at more than 50m Euros. For a 19-year-old with less than 10 goals in the Austrian league, United consider it to be extortionate.

However, it comes down to two factors- Salzburg not wanting to sell, and United’s desperation for a striker clear to the selling teams. Slow movers in the transfer market always face two challenges, the selling club and the ticking clock. United are the same. Sesko is undoubtedly talented but splashing that money would be a debatable decision.

The Canadian striker has been one of the top performers in Ligue 1 over the past two seasons. David scored 13 times in the league as Lille won the title in 2021. He followed that up with a haul of 15 league goals in 2021-22.

Additionally, David’s performances with the national team were exemplary as Canada reached their first FIFA World Cup in a generation. Lille are also a selling club, who know David will generate good money.

There are a few top clubs interested in David, and United should join the race. The Red Devils would have a perfect complement alongside Sancho and Rashford/Antony if he also joins.

Moreover, David is an on-target shooter who can burst past opponents. David is also young, so the future bodes well. United should definitely aim for one of the young strikers in the market if they are unable to sign a veteran star.