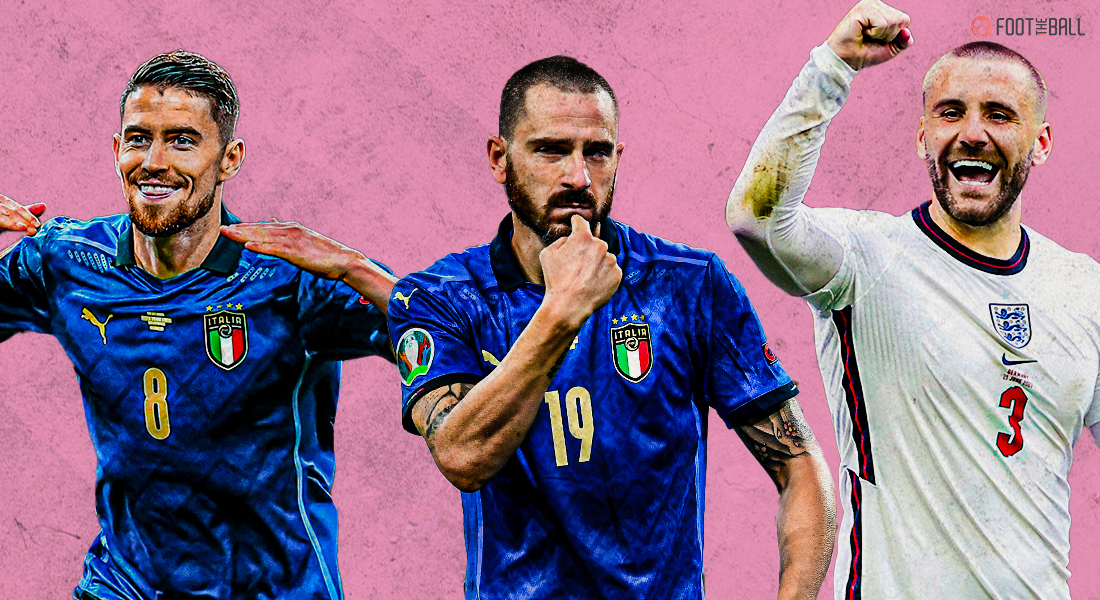 Italy and England met in the final of Euro 2020 to determine who would be crowned champions of the continent. While Italy beat Spain after a nervy penalty shootout, England managed to overcome Denmark in extra time. The Three Lions were aiming to win their first major trophy since 1966 while Italy were bidding to capture their second European title.

The Three Lions took the lead within three minutes. A fast break following an Italian corner saw the ball fall to Trippier. The wingback took his time and put in a measured cross to the far post for the incoming Shaw to side foot it home. It was the left back’s first international goal and the quickest goal in a European final.

Italy were struggling to cope with the pace and intensity of the English attackers. They were being pulled out of their shape as England’s front three looked to exploit the ageing centre backs. The tempo of the game eventually evened up as it inched near the half hour mark with both teams getting more cautious.

The Azzurri did start dominating the ball with England starting to sit back and defend. However, there was to be no opening yet for them to test Pickford except for Verratti’s tame attempt just before halftime. That effort along with Chiesa’s dragged shot did seem to suggest more of an Italian fightback in the second half.

Both teams started in a much more even manner after the break. Italy continued to hog the ball while England were happy to bide their time. Chiesa looked the most threatening of the lot with Pickford having to save his shot at full stretch.

The Azzurri’s pressure finally paid off with just over 20 minutes to go. An Italian corner was flicked on at the near post with Verratti’s header at the back post being saved by Pickford. However, he was a helpless bystander as Bonucci was on hand to stroke in the rebound. There was no let-up in that Italian tempo post the goal. Cristante almost scored after bursting through on goal while Chiesa was really troubling the fullbacks.

The remainder of the regulation time passed by without any significant incident except for an intruder onto the pitch in the 88th minute. The teams could not be separated in regulation time with an extra 30 minutes to come now.

Italy had been more proactive in bringing on substitutes while Southgate brought on Grealish. However, neither team were particularly adventurous and looked to build in a patient manner as the scores remained level.

The last 15 minutes started in a better manner than the first. Bernadeschi’s free-kick from range was slightly fumbled by Pickford before pouching safely. At the other end, Donnarumma had to come off his line and deal with a dangerous cross from Kane. However, that was about as good as it got with both sides seeing the game through to a penalty shootout.

England were on top in the penalty shootout after Belotti’s early miss but three consecutive misses of their own doomed them. Rashford and Sancho, both brought on in the 119th minute, missed and saw their penalty saved respectively. There was still chance after Jorginho was brilliantly denied by Pickford but Donnarumma saved Saka’s decisive kick to crown Italy champions of Europe.

Here are the three key takeaways from this epic finale clash which went right down to the wire:

Italy were absolutely caught off guard for the game’s first goal. Shaw’s goal in less than 120 seconds, and the ensuing 20 minutes that followed had put England firmly on top.

However, they weathered the storm well and started to grow more into the match. By the end of the first half they were dominating the ball and that pattern continued in the entirety of the second half. Bonucci’s goal came after some sustained attacking pressure that was causing the Three Lions problems.

Though they were unable to score more in the time remaining as well as in extra time, they were certainly the better team over the 120 minutes of football. Donnarumma made two crucial saves in the subsequent shootout and coupled with Rashford’s miss, won Italy the trophy that they deserved for an amazing showing at Euro 2020.

England got off to the dream start, taking the lead in brilliant fashion inside two minutes. They looked to feed off that momentum and add another but could not find a way through. Italy came back strongly into the game and put the Three Lions on the backfoot. England seemed lost for ideas, content with just defending behind the ball. That tactic backfired midway through the second half as the Azzurri found their deserved leveller.

England has won just 22% (2/9) of their major tournament shootouts (World Cup/EUROs), the lowest ratio of any European nation to have been involved in three or more.

England has failed to win/advance in 6 of the 7 EURO matches in which the team scored in the opening 5 minutes. pic.twitter.com/t3nFG9zqdg

Since that goal, they did get tighter at the back and kept the attacker at bay. The energy levels dropped in extra time and though Sterling made some exciting runs, nothing came of those. A hat-trick of misses in the penalty shootout meant that the wait for a first international trophy since 1966 goes on for the desperate nation.

Italy, one of the most strongest sides in international football right now, justified their status with a penalty shootout win to break English hearts. It is now 34 games unbeaten for the Azzurri and they can deservedly call themselves the best in Europe for the second time in their illustrious history.