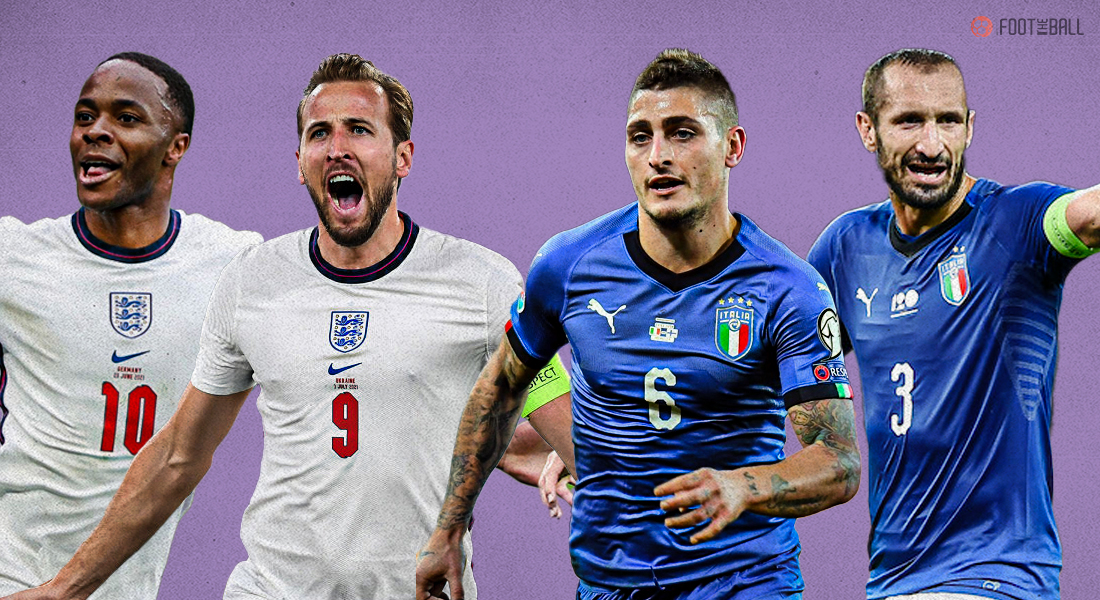 Euro 2020 is heading towards the end after a month of excitement over who is going to go all the way. Italy and England have booked their places in the final of the tournament and are just one game away from taking the trophy home as the Wembley Stadium in London prepares itself to host the epic encounter.

🇮🇹🆚🏴󠁧󠁢󠁥󠁮󠁧󠁿 Italy versus England at Wembley Stadium on Sunday 🔥

Who is lifting the 🏆❓#EURO2020 pic.twitter.com/tYSEzNjAkI

Italy successfully came out of the challenging knockout ties against Belgium in the quarterfinal and Spain in the semis to book their place in the final. It was a cruising 2-1 win against Belgium but Spain created a massive roadblock for them but Italy stood firm and went through on penalties. It will be their first final appearance since Euro 2012.

England too, looked convincing in their knockout wins against Germany and Ukraine before a rekindled Denmark tested the English attackers to their limits. The Danish defence put everything on the line but couldn’t stretch it past the extra time as England’s fierce attacking lineup finally got the better of them and booked their place in the final. It will be England’s first-ever Euro final ever.

WHEN TO WATCH THE EURO FINAL

The match is set to take place on Sunday, July 11 at the Wembley Stadium in London. Here’s the list of the match timings in different parts of the world —

WHERE TO WATCH THE EURO FINAL

Euro 2020 final will be televised and is predicted to gain record viewership. Here’s the list of the TV broadcasters of the event around the world —

Italy have been in imperious form and have played an attractive attacking brand of football and have easily been the most enteratining team of the tournament. England, on the other hand, have looked as solid as ever. The goal scored by Mikkel Damsgaard in the semi-final was the first they conceded in the tournament. It is hard to say who will win but with home advantage, FootTheBall predicts England will finally bring it home with a 2-1 win over Italy.