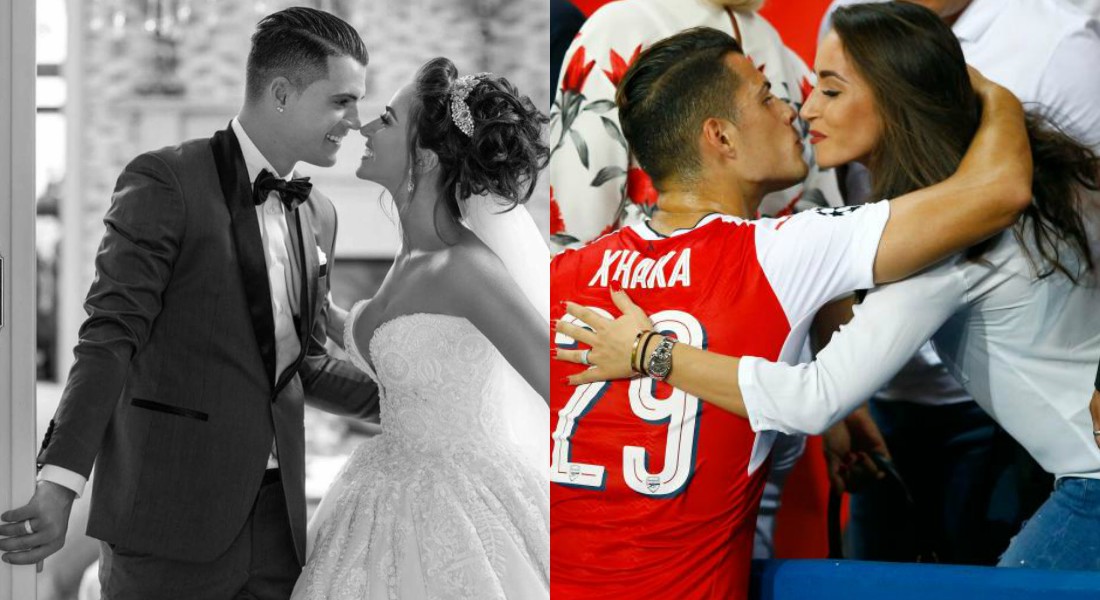 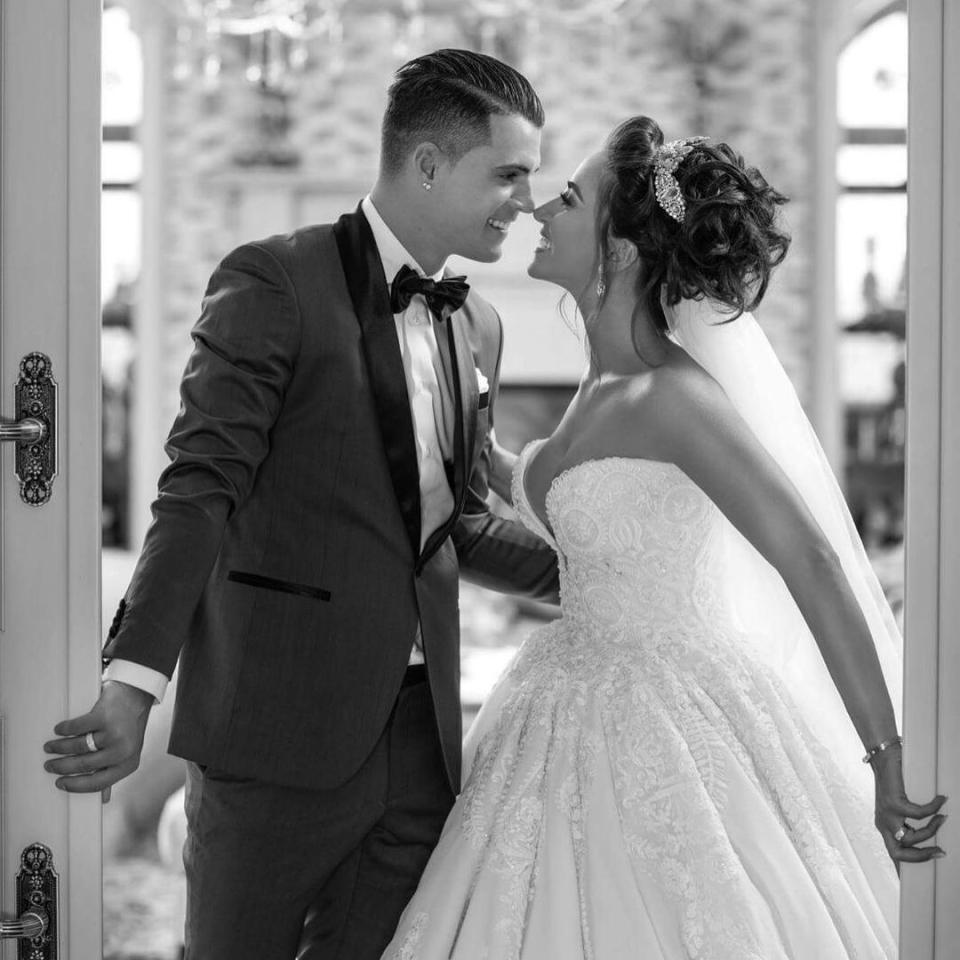 The Swiss midfielder had posted a snap of his proposal on June 22nd and now he has tie the nuptial knot with his long-time girlfriend.

And on Thursday he uploaded another picture of himself and his wife, with a caption, that read: ‘Mr & Mrs’. 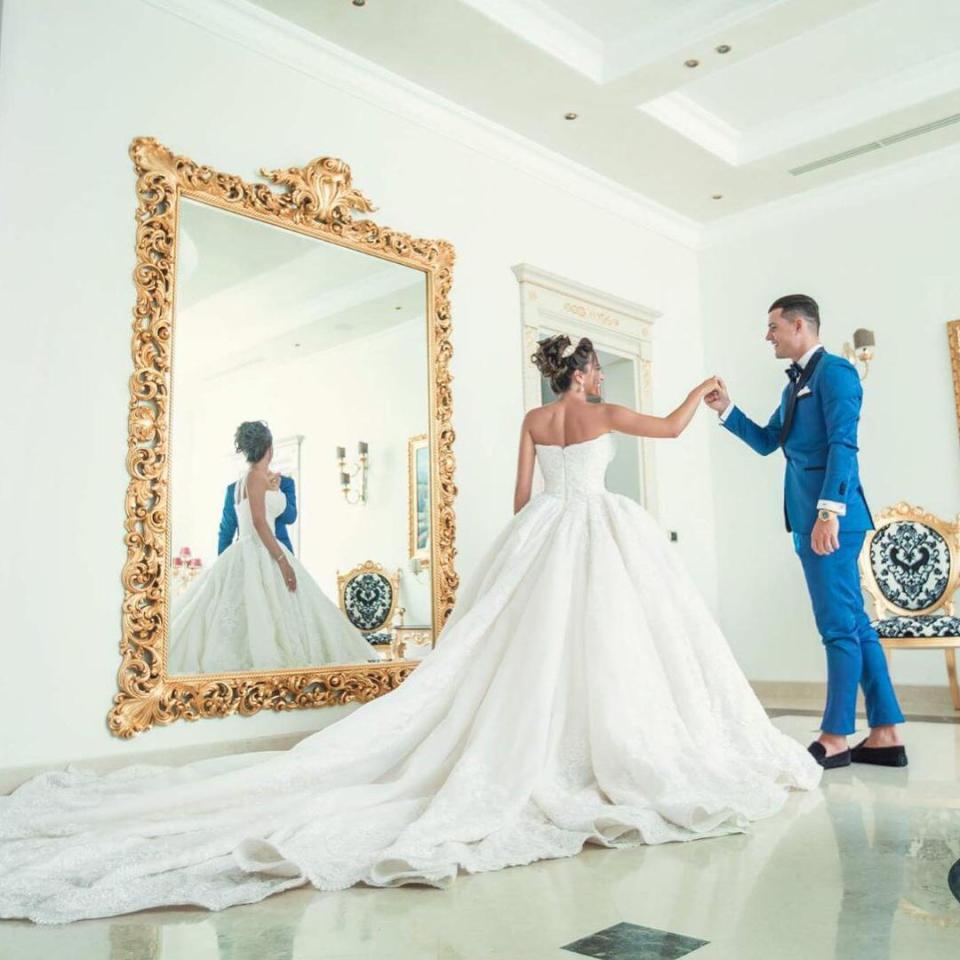 The couple pose on their big day.

The couple met when Xhaka played for his former club Borussia Monchengladbach and both of them hail form Kosovan-Albanian families.

Xhaka’s wife appeared in the stands at Euro 2016.

Leonita was spotted in the stands during Switzerland’s Euro 2016 campaign.

Xhaka is now looking forward to build upon his FA Cup final display as the Gunners prepare for the upcoming season. 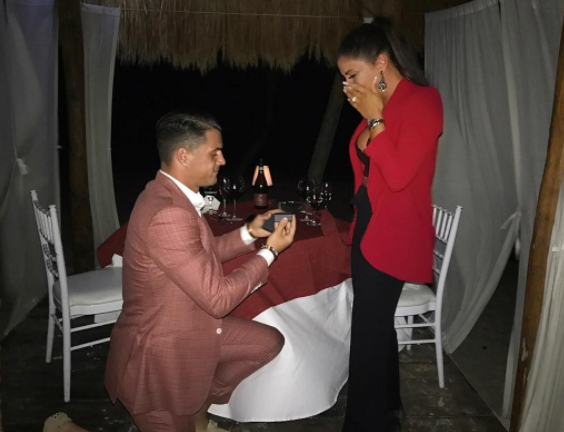 Xhaka posted this snap on social media of his proposal.

The £30m Swiss signing displayed good form in the latter half of the last season after a difficult start to life at the Emirates. 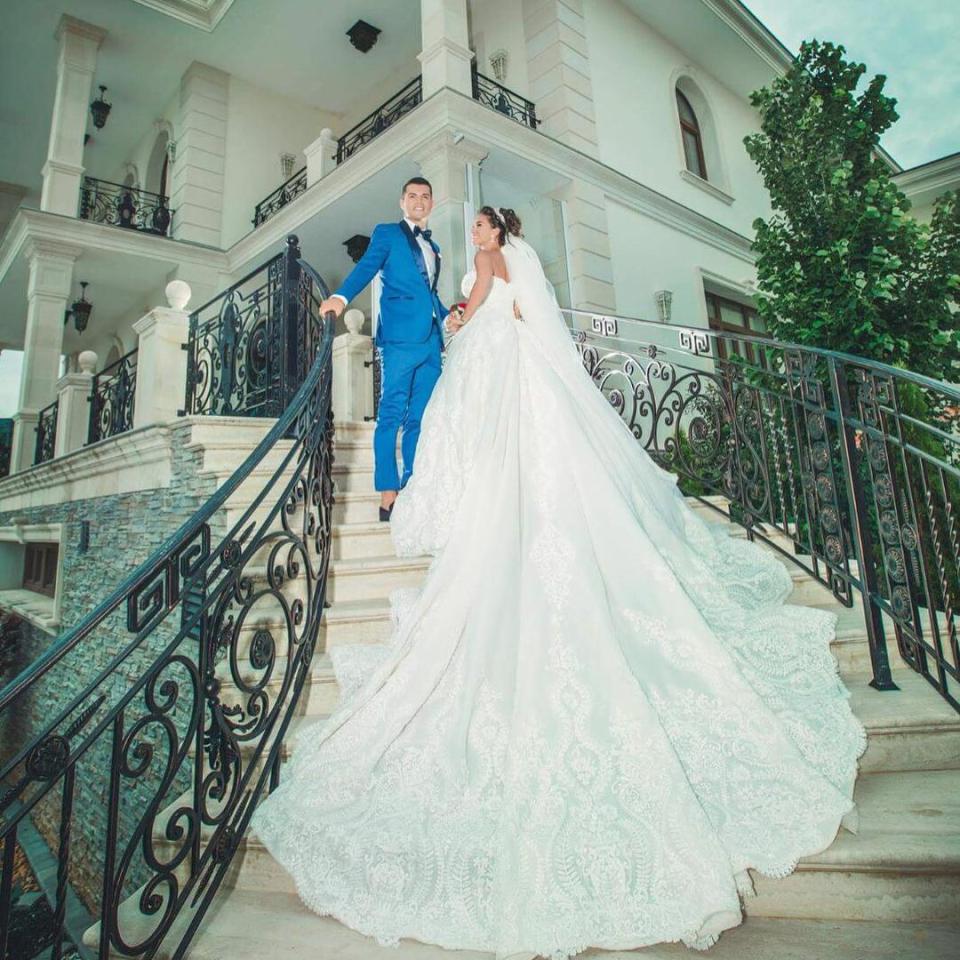 The couple have been dating since his time playing in Germany.

He picked up a ban after being sent off in their victory over Swansea in October.

Leonita was spotted with Xhaka’s family at the tournament in France.

And he was given the marching orders again in a hard-earned win over Burnley in January – and he went to pick five yellow cards in his next five games. 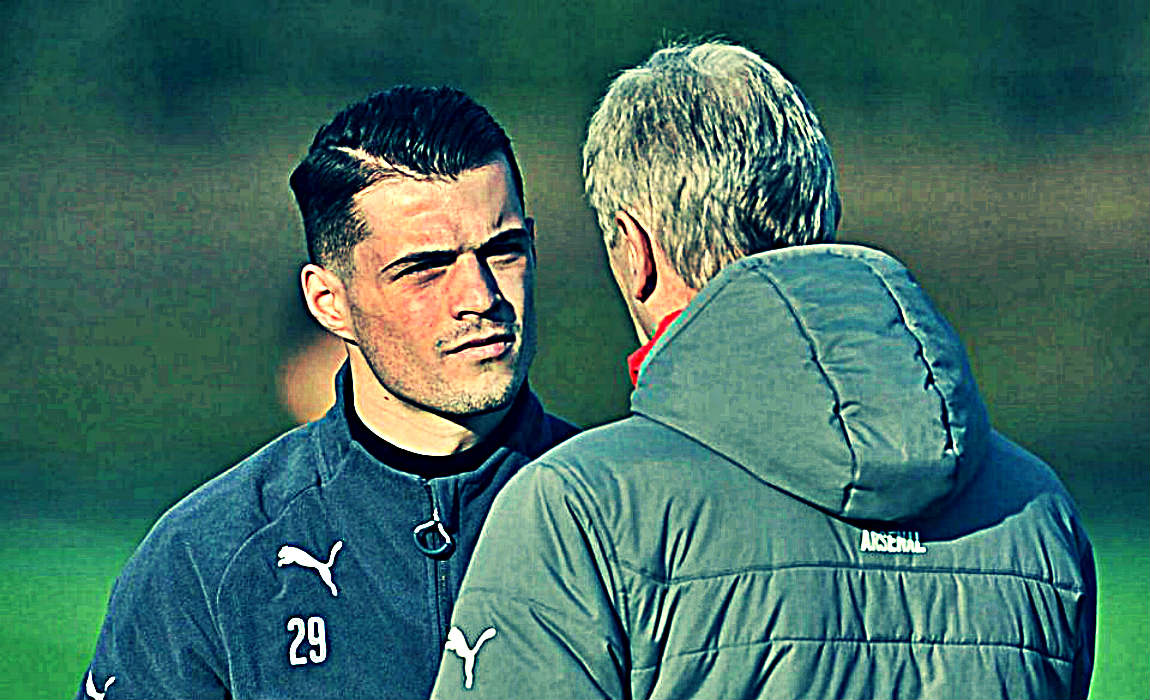 But now the Swiss star will hope to sort out his discipline issues and focus more on his game as Arsenal gear up to challenge for the title in the upcoming season.