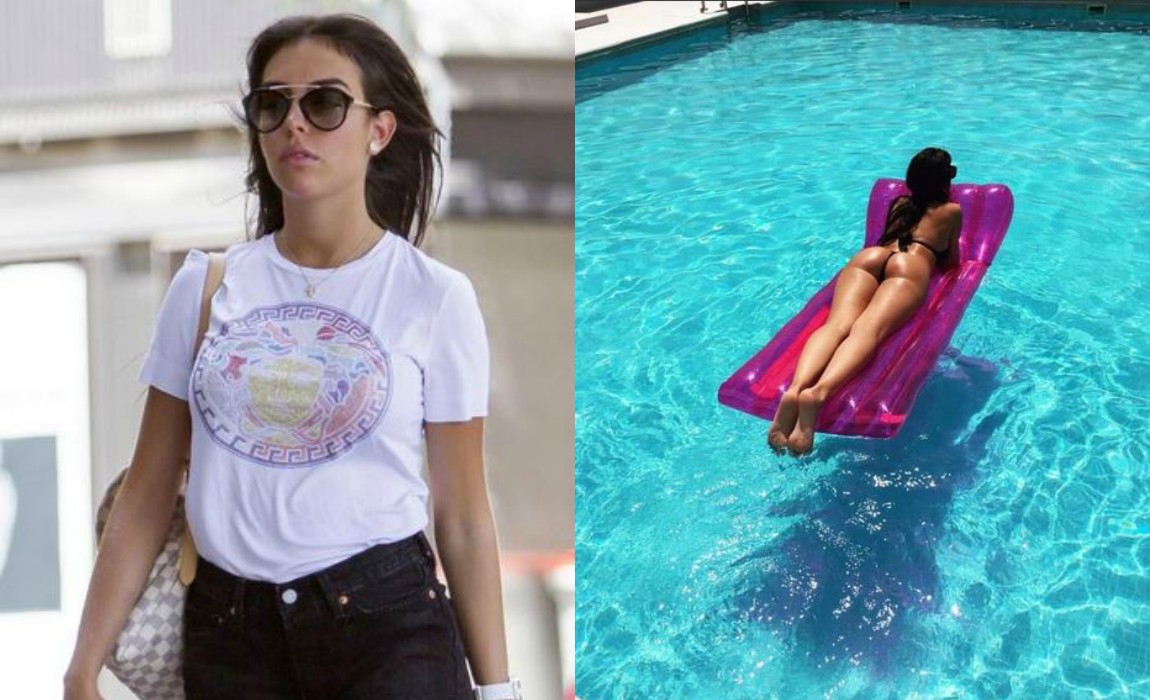 The Spanish beauty shared a cheeky video with her followers on Instagram, where she is seen swimming in the pool in a black bikini.

She even shared a snap of lying down on a lilo, where she is clearly showing off her bum.
CR7 had bagged an amazing £71.8million in the last 12 months, which has helped him afford a luxurious lifestyle. After Champions League match against Juventus, the Spanish Bombshell was spotted with the UCL medal around her neck, which was named after Ronaldo for his incredible performance. Football’s most loved up couple even celebrated Real Madrid’s Champions League win on a private jet. Rodriguez was already seated when Ronaldo entered the plane with two of his friends and started dancing like there is no tomorrow. Georgina has been the centre of football gossip for a long time with rumours claiming that she is pregnant. She was spotted with a growing baby bump during a holiday in Corsica before the Champions League finals.

Cristiano spotted Georgina in the VIP area of Dolce Gabbana’s event last year and could not take his eyes off her.