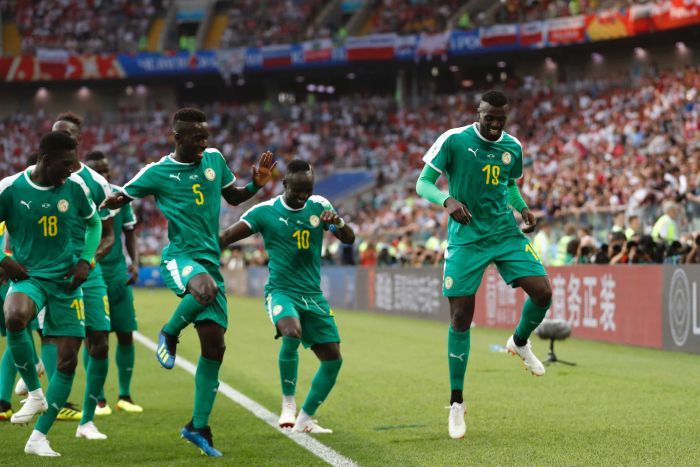 With an own goal and a rare mistake by their opponents, Senegal dramatically defeated Poland 2-1 in their World Cup opening match in Group H at Spartak Stadium in Moscow on Tuesday.

The two teams, led by world-class forwards Robert Lewandowski and Sadio Mane respectively, started match cautiously. The Senegalese seemed to be in better form, as they kept pressing on the Poles constantly and forced them to turn the ball over quite often.

After switching sides, the Poles gave it all, trying to equalise the game. But Lewandowski rarely touched the ball throughout the match. His only glittering moment was a sharp drive 4 minutes into the second half, which converted into a free kick in front of the box, when Salif Sane fouled the Polish captain and was booked by the referee. However, the Bayern Munich forward’s free kick attempt was punched over by Senegal goal keeper Khadim Ndiaye.

Mbaye Niang, who just finished treatment and returned to the pitch, doubled the lead in the 60th minute for Senegal as he capitalized on a poor Polish backpass and the tapped in his team’s second goal.

The desperate Poles launched a barrage of attacks in the incessant chanting of tens of thousands of supporters at the stadium, and eventually got a reward when Grzegosz Krychowiak header went past Khadim Ndiaye at the 86th minute.

“Poland is one of the best teams in Europe, today’s game was difficult. But we managed to control the game tactically and emotionally, we won thanks to our discipline, we have a very compact team, ” said Senegal coach Aliou Cisse.

“With this victory, we are able to enter the competition in the best possible way, but we are not too euphoric, because we know the match against Japan will be a difficult one as well,” he added.

“Today we started (the tournament) with a victory, it was a great satisfaction for our coach. When you give a lot of effort, there is a goal coming, today it worked, it’s a great pleasure for us,” Man of the match Niang said.

Speaking about the second goal, Niang said, “When I came back on the pitch, I saw the ball back towards the Polish defence, I felt there was a shot to be taken, and it was the decisive goal for our team.”

Poland coach Adam Nawalka conceived the second goal scored by Niang as “curious”, but he conceded that the first half his team played deserved no proper excuse.

Senegal will play Japan on June 24, while Poland are to take on Colombia the same day in the second round of Group H.