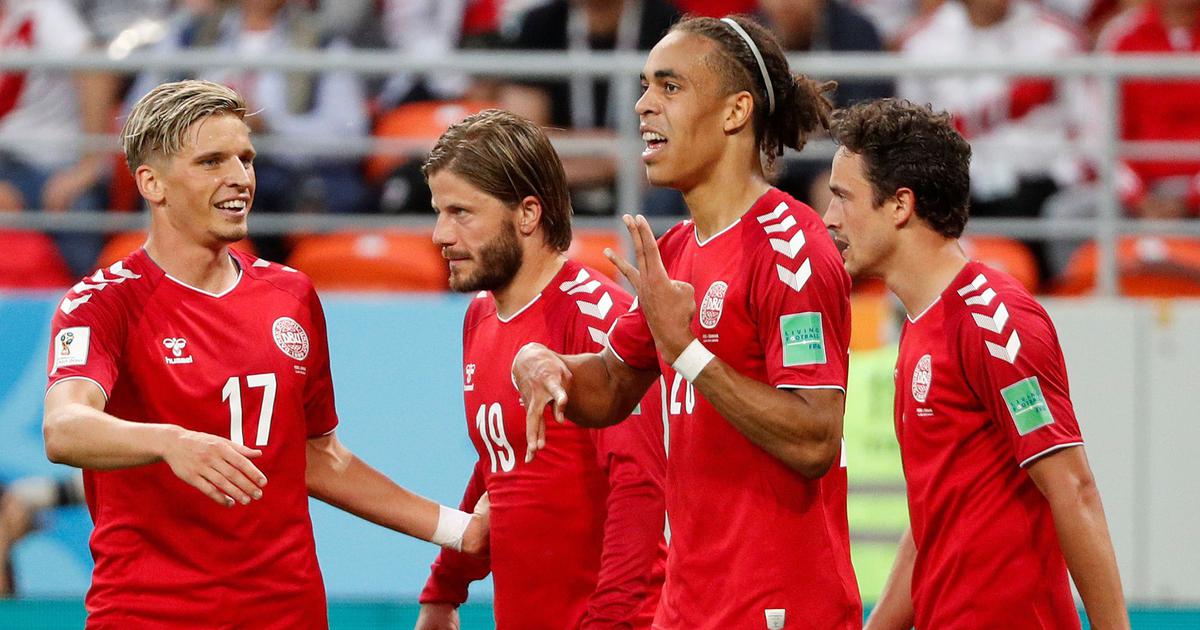 In the 59th minute, Poulsen slotted the ball into the bottom left corner after meeting a clever pass from teammate and star player Christian Eriksen.

Despite the Peruvians’ continuous fierce attacks, they failed to level the score till the end.

It was the first ever encounter between the two teams, which are rather evenly matched, as Peru is ranked the world’s 11th and Denmark 12th according to FIFA.

The Peruvians, playing a 4-2-3-1 formation, launched fast attacks from the very beginning, making attempts at the goal three times within the first nine minutes. But the efforts didn’t pay off in face of the strong defense of the Danish side.

In the fifth minute, Peru’s Luis Advincula shot wide after meeting a pass from teammate Renato Tapia. Just three minutes later, Yoshimar Yotun took a speculative shot but the ball was confiscated by veteran goalkeeper Kasper Schmeichel of Denmark. A minute later, another attempt from the Peruvian side was again stopped by Schmeichel.

The best chance for Peru perhaps came at the last minute of the first half, as Christian Cueva was awarded a penalty kick after Video assistant referee (VAR) technology showed that he was fouled by Denmark’s Yussuf Yurary Poulsen. But his right-foot shot went over the bar.

The Danish, meanwhile, didn’t have a good chance either in the first half. In the 32nd minute, William Kvist was forced off by injury.

Seven minutes later, Denmark got a free kick opportunity after Renato Tapia was given a yellow card. Star man Christian Eriksen kicked the ball wide and Lasse Schone followed with a shot but was saved by the Peru goalkeeper Pedro Gallese.

Paces picked up in the second half, as the Danish emerged from break with more attacking intents and broke the deadlock in the 59th minute with Poulsen’s clever goal.

Guerrero nearly leveled the score for Peru through a backheel kick minutes after he came off the bench but the ball trickled wide.

FIFA statistics showed that Peru made 17 attempts at the goal throughout the match, while Denmark made 10.  Ball possession was 52 percent for Peru and 48 percent for Denmark.

“Peru didn’t deserve to lose,” said Peru coach Ricardo Gareca after the match, but added that he had no complaint, as his team had done their best and Denmark are a strong team.

Having the fight against France in mind, Gareca expected his men to reflect upon the match and come to terms with the defeat.  “I think we have to stay cool and calm. We lost one match, but we have three matches…We do not cry over spilled milk. We have to recover as soon as possible,” he said.

Denmark coach Age Hareide, meanwhile, expressed respect to Peru’s style of playing. “The South American style are quick, good original play… Today we are on the lucky side. Next time Peru might be on the lucky side,” he said.

Regarding the VAR system which awarded Peru a penalty kick, Hareide wasn’t bothered, saying “I’m sure it was the correct decision. It was fine.”

“It (VAR) does make life easier for the referee,” he added.

Both of Peru and Denmark are competing in their fifth World Cup tournament. It was the first time for Peru to qualify for the World Cup since Spain 1982, while Denmark missed out on Brazil 2014.

Saturday’s match is important for both sides as they are fighting for the second spot for qualifying for the Round of 16, while France, also in Group C, are tipped as the most hopeful for the top spot.

A total of 40,502 spectators attended Saturday’s match at the 44,000-seat Mordovia Arena, among which Peru fans outnumbered Denmark supporters by a large margin.

Post tags:
BrazilFranceLionel MessiNeymarSpain
previous post
France Must And Will Do Better In Next Game, Says Deschamps
next post
Messi: ‘It’s Time To Be Calm And Think About What’s Ahead’