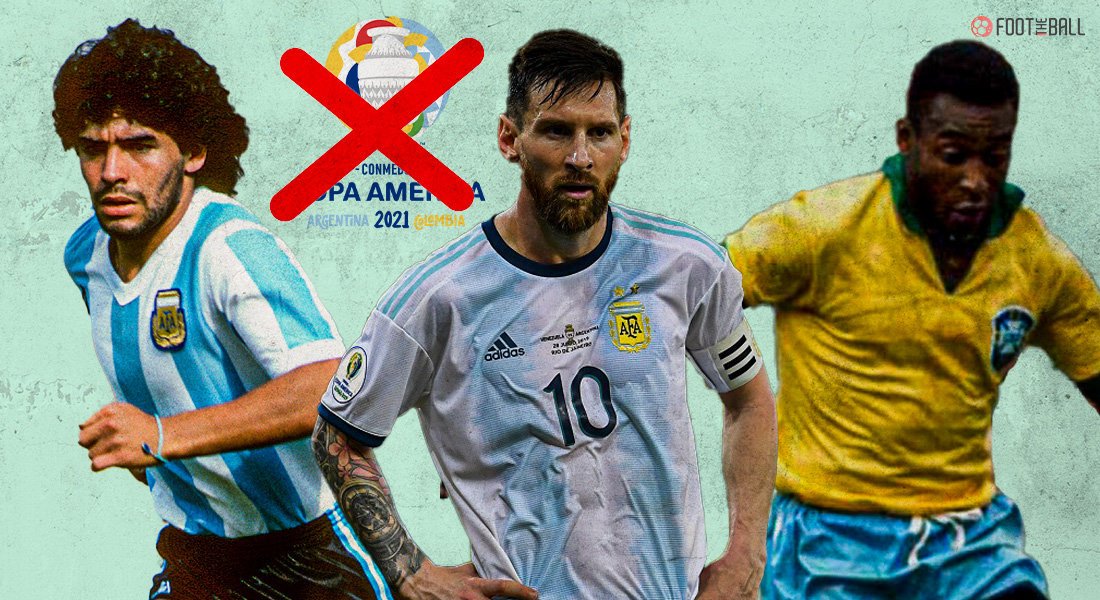 The Copa America is one of the most iconic trophies in Football. The competition is the oldest continental tournaments in the world. From the very nature of its conduct to the matches themselves, this century-old competition is jam-packed with bizarre incidents.

The South Americans are blessed with the most skilled talents in the world. From Pele and Maradona to Messi and Neymar, a long list of incredibly talented players exhibits the continent. Let’s look at the greatest South Americans to have never laid their hands on this coveted trophy.

The most capped player in Argentine history has never won the Copa America during his career. Known as ‘El Jefecito’ or the Little Chief, this central midfielder has had an illustrious club career. Mascherano has played his trade in Argentina, Italy, England, Spain and China. The central defender is known for his tactical intelligence and leadership skills. His skillfull passing and defensive presence have earned him praise in every locker room he’s been to.

“It’s important for any athlete to defend the gold medal. I might be the only person from my country ever to do it and I’ll go down in history.” – Mascherano on being selected to play in the Olympics.

Mascherano was selected to represent Argentina at the Olympics in Beijing in 2008. Argentina won the tournament, making Mascherano only the second Argentine sportsman ever (following polo player Juan Nelson) to win two Olympic gold medals. Despite his best efforts, Mascherano was never able to win the Copa America. He was runner up for the competition on four occasions: 2004, 2007, 2015 and 2016.

Sócrates Brasileiro Sampaio de Souza Vieira de Oliveira, is regarded as one of the best football players in Brazil’s history. The midfielder was known for his midfield prowess. An elegant player who excelled in playmaking. An intelligent midfielder who knew how to string passes, drive through defences and even score himself if necessary. The former coach at Fiorentina, Giancarlo De Sisti, said: “Socrates was a very intelligent man, he had great class.”

Jonathan Wilson, a famous British Sports Journalist, said that “Socrates was the brain of Brazil. He might not quite have had the flair of Zico, but he was the central intelligence”.

Socrates was often called ‘Doctor Socrates’ as he also had a medical degree. His distinguished beard and headband made him stand out. Despite having many individual awards to his name, this formidable midfielder does not have any major International trophies to his name. He came close to winning the Copa America in 1983 but lost out to Uruguay in the final.

Mario Alberto Kempes Chiodi is widely regarded as one of the greatest goal scorers of all time. Mario was a force to reckon with in Valencia, scoring 116 times in his 184 league games at the club. His efforts led the club to a Copa del Rey and European title. Kempes was also instrumental in Argentina’s 1978 World Cup triumph. He scored twice in the final and received the Golden Boot as top goalscorer. 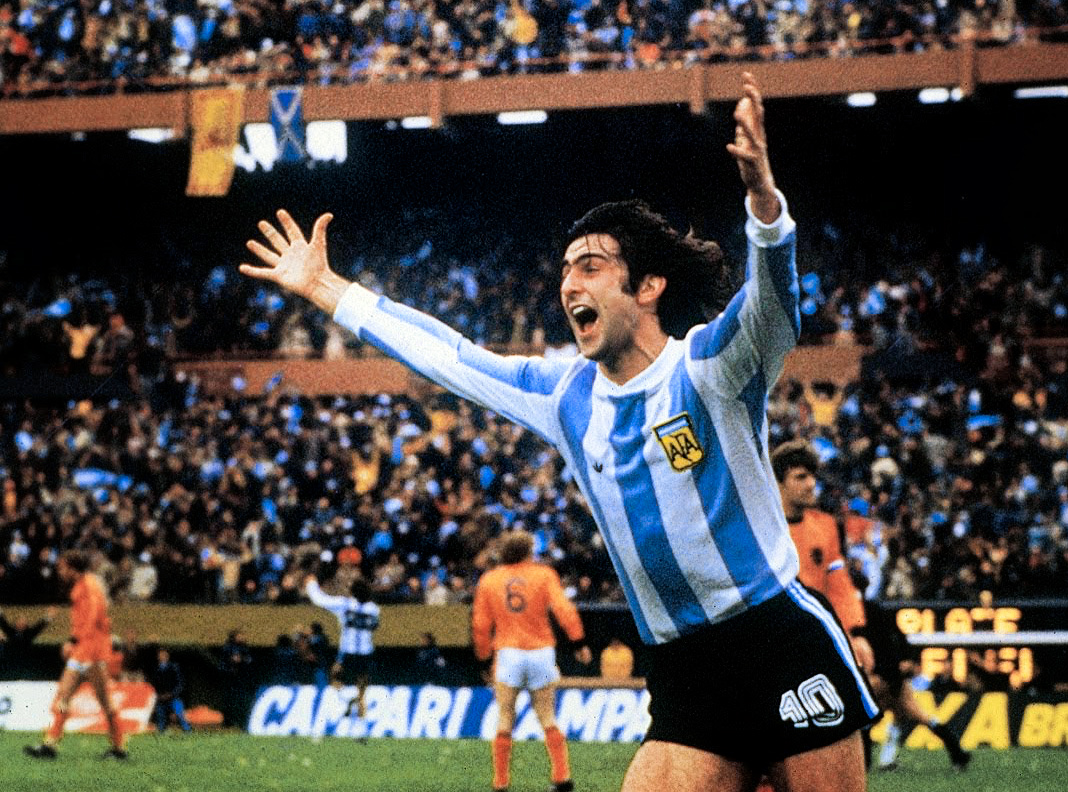 He also won the Golden Ball for the player of the tournament, making him one of only three players to have won all three awards at a single World Cup. Nicknamed ‘El Toro’ and ‘El Matador’, this Argentinian ace has never won the Copa America. In 1978, he was named South American Football Player of the Year.

Yes, the other Escobar. Andres Escobar is probably remembered for the World Cup incident in 1994. The defender scored an own goal in Columbia’s group stage match against the United States. Trying to clear a cross from American midfielder John Harkes, he deflected the ball into his own net. The United States took the lead and eventually won the match.

After the World cup, Escobar was shot dead by a bodyguard of the Columbian drug cartel. It was reported that the killer shouted “Gol!” (“Goal!”) after every shot, once for each time the South American football commentator said it during the broadcast. It is believed that if Pablo Escobar had been alive, Andrés Escobar would not have been targeted Andrés Escobar, as it was widely known that Pablo Escobar was a fervent supporter of the Colombian national football team. 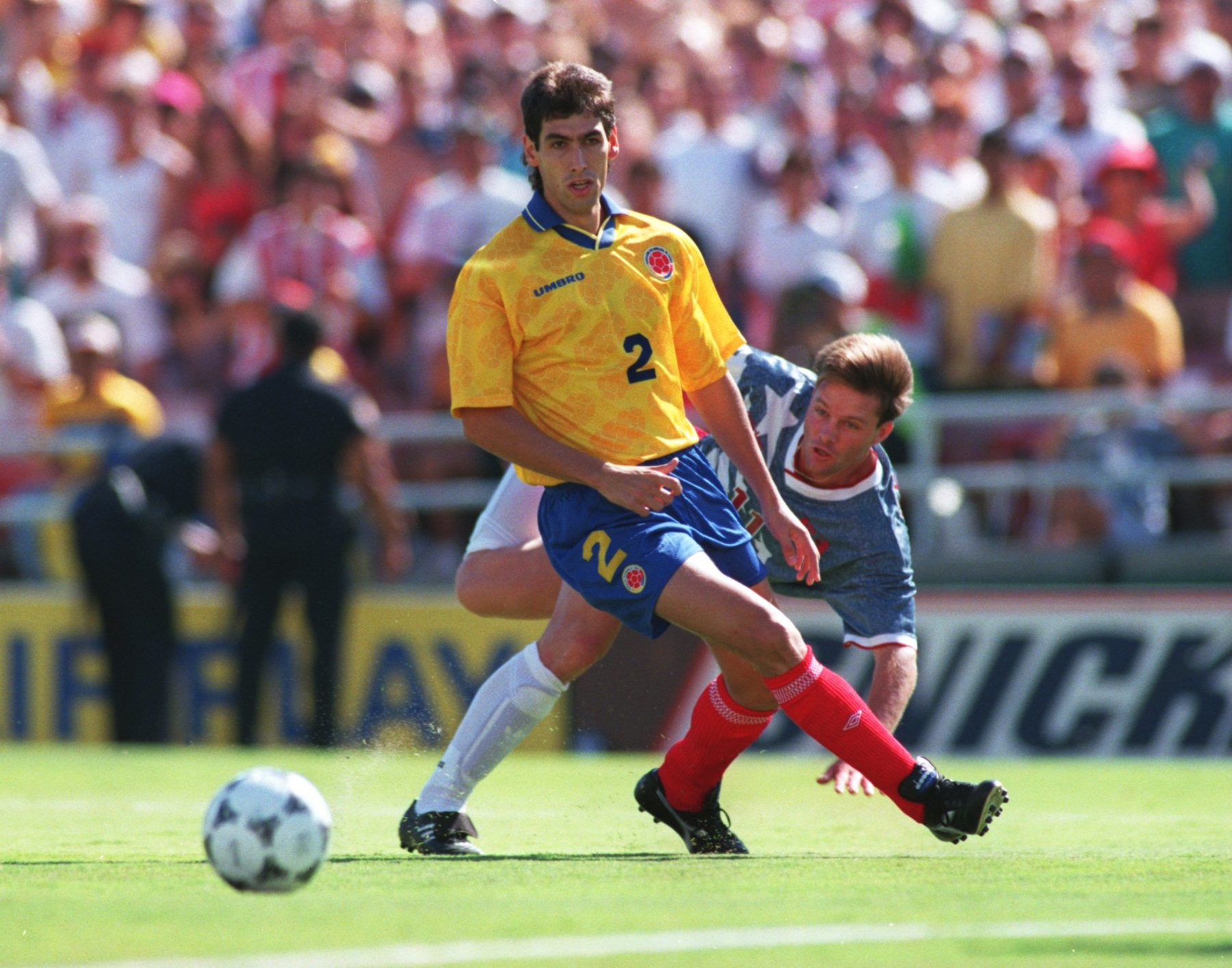 Andres was known as “El Caballero del Fútbol” (“The Gentleman of Football”) and “The Immortal Number 2” due to his personality and playing style. He was known for his calmness and clean style of play. He had worked to build a positive reputation for his country and is still remembered today for his efforts.

Yes, Brazil is the current Copa America Champions, but Neymar has not won the Copa America. The star player did not feature in the triumph in 2019. Brazil beat Peru to lift the coveted trophy at home soil, but Neymar Jr. did not play in the tournament.

The superstar was sidelined due to an ankle injury he had suffered. Many even claim that the absence of the formidable talent may have even been a blessing in disguise. The Brazilian team fared well without their trickster and had a comfortable road to the final.

Neymar was ridiculed for his performance in the previous World Cup, especially for the antics he displayed. He broke the internet with his diving skills but made no real impact on any of the matches. Once regarded as the successor of Lionel Messi and Cristiano Ronaldo, or perhaps even challenger, the Brazilian has not lived up to the expectations.

Even though his career is marked with coveted silverware, the absence of the Copa America and a World Cup proves to be less than satisfactory. Will his array of skills and tricks help Brazil defend their crown?

Uruguay have won the Copa America more than any other country on the continent. Argentina and Brazil may have produced the greatest players the world has seen, but the Uruguayans have been decisive when they needed to be. El Chino, one of the greatest Uruguayan players to have graced the game, did not, however, feature in any Copa America triumphs.

The star attacker was an instrumental piece of the squad in his time at Inter Milan. In his eleven years at the club, Recoba has scored 54 times in 175 matches in Serie A. Yet, despite his splendid performances, the national team did not find any success with their star man. Perhaps, it could be said that Uruguay went through their most dry spell during his time.

Arthur Antunes Coimbra is one of the greatest midfielders to ever emerge from Brazil. More fondly known as Zico and sometimes even as the ‘White Pele’, he was one of the most creative Brazilian players of his time. A master of the set-pieces, Zico rarely missed his targets. His vision and ability to cater for the vision made him a threat even to the best defensive units. 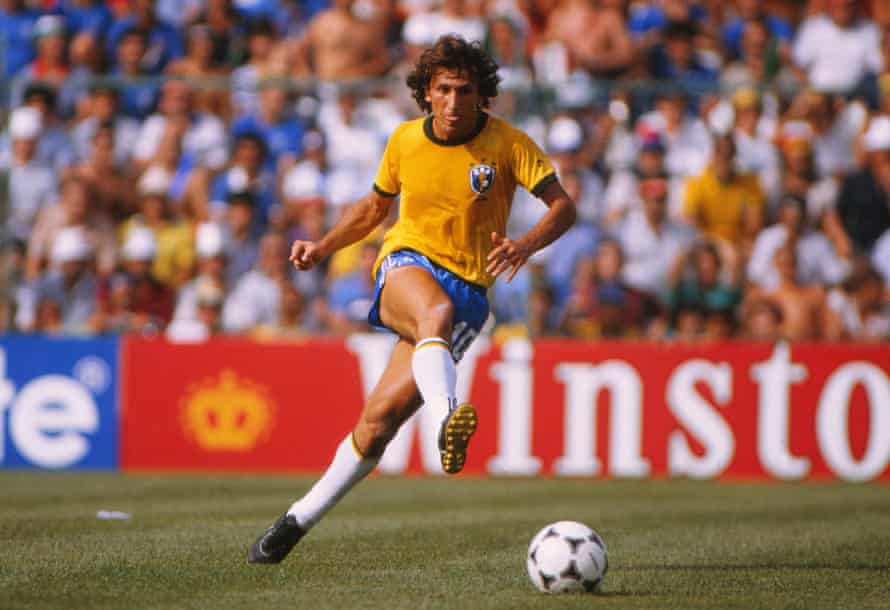 Although a midfielder by trade, Zico had an eye for a goal. In his 71 appearances for the national side, Zico found the back of the net 48 times. Although he represented the country in four world cups, he wasn’t able to win the coveted trophy. A classic example of the number 10, Zico was given special treatment by most of his opposition players. Another great Brazilian who never won the Continental Cup.

Diego Armando Maradona, the left-footed genius that is widely accepted as one of The Greatest players of all time. He along with Pele was announced as the winners of the FIFA Player of the 20th Century. A skilled dribbler and proficient goal scorer just like his Brazilian counterpart, Maradona’s efforts led the country to a World Cup in 1986 in Mexico. He honed the captain’s armband and repaid the faith with five goals and five assists.

The world knows too well about the “Hand of God” and the eleven touches that destroyed the English players. Russell Thomas of The Guardian described Maradona’s second goal against England in the 1986 World Cup quarter-finals as “arguably the greatest individual goal ever.” A left foot that was unrivalled by none during his time, Maradona has left the world with a lifetime of memories to cherish. The only regret may be the absence of a Copa America in his name.

Edson Arantes do Nascimento or Pelé needs no introduction. FIFA has officially recognized this Brazilian as one of “THE GREATEST” players of all time. He was one of the two joint winners of the FIFA Player of the Century. His laurels go beyond just the world of football. A goal machine, his 1279 goals is a Guinness World Record. The small boy grew up in poverty and overcame life with a ball at his feet.

Pelé mesmerised opponents and teammates as he made his way to the top of World Football. His efforts were quickly recognized by the Brazilian squad and was called up to represent the national side. A decision that changed the fate of Football. From 1958 to 1970, Pelé won three FIFA World Cups with Brazil. In his first World Cup appearance on June 29, 1958, Pele became the youngest player to play in a World Cup final match. In 1959, he took part in the Copa America tournament and became the top scorer of the tournament. Despite his efforts, Brazil did not win the competition. A brand ambassador to the global sport, Pele remains an inspiration for generations to come.

Why does Lionel Messi take the top spot?

His hunt for trophies in Spain and Europe makes us wonder if he’s more Spanish than Argentine. No club in Spain or Europe wants to face the wrath of this little magician. When Messi makes his run, nobody is expected to get the ball off him. Sit tight and pray he doesn’t score!!

Messi has been the driving force in Barcelona ever since his arrival and is backed with an illustrious club career. His long list of trophies is just a part of the success story. The managers adore him, fans love him and his teammates respect him. Barring Cristiano Ronaldo, there hasn’t been a single player in Spain, Europe or even the World to rival the No.10. However, Messi does not get the same love back home in Argentina.

Despite his brilliant performances, a meaningful cup with his national team seems to be an elusive dream for the greatest of all time. Messi captained his team to the finals of the Copa America twice in two years but failed to capitalize on both situations. Both times against Chile. A dreadful penalty miss in the penalty shootout did not help the captain’s case either. The Argentinian fans are more of praise for the previous left-footed genius rather than the current one that has failed to honour the nation. Will Lionel Messi win over the hearts of the people in this edition of the Copa America? Only time will tell.