THE COUNTRIES WITH THE LONGEST TROPHY DROUGHTS IN INTERNATIONAL FOOTBALL

The final of Copa America 2021 was memorable for all the right reasons. One of the game’s finest players ever, Lionel Messi, finally won an international trophy. Argentina won its first piece of silverware since 1993. The 28 years in between since their last victory is certainly an agonizing amount of time for their supporters to wait. However, it pales into comparison when one compares some of the longest ever trophy droughts.

FootTheBall looks at the countries with the longest such streaks in international football. For fair play, we have only taken countries that have won at least one major international trophy (World Cup, African Cup of Nations, European Championship). Ethiopia has not been included due to the fact that their lone AFCON triumph in 1962 came under Belgian rule.

La Albirroja are two-time winners of the Copa America, with their first coming in 1953. Back then it was called the South American Championship. Paraguay’s 26-year wait between two trophies was already one of the longest and they have long since eclipsed that record. Their 1979 triumph came on the back of successes for some of their legendary players like Romerito, Alicio Solalinde, Carlos Alberto Kiese and others. Since then, though they have been producing top players and doing well in the FIFA rankings, silverware has been hard to come by. Their best result in the past 42 years has been coming 2nd in the 2011 Copa America and fourth in 2015. Having not qualified for the World Cup since 2010, they made it till the quarter-finals in Africa.

The Atlas Lions have been a middling force of the continent in recent times. However, they did manage to snag the top prize in the land 45 years ago. That has been their only triumph in history, with Morocco coming the closest in 2004 when they finished as runners-up. Players like Abdallaha Tazi and Larbi Chebbak were pivotal in the win of 1976.

Their recent form has been mixed, with the team having participated in the 2018 World Cup. However, Morocco was shockingly knocked out in the round-of-16 at the 2019 AFCON by underdogs Benin. Having qualified for the 2021 edition, they can only hope to get better.

Long before the formation of the new country, the erstwhile nation of Czechoslovakia were a footballing powerhouse. They had twice finished as runners-up at the World Cup (1934, 1962) were champions of Europe in 1976, with star player Antonin Panenka scoring the now famous “chipped penalty” in the final. The team followed up that performance by finishing third in the subsequent edition. 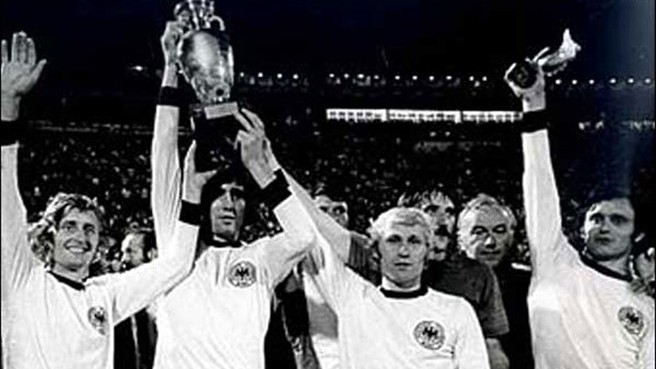 Having become regulars at international competitions, the current Czech Republic reached the final of Euro 1996 with players like Karel Poborsky and Pavel Nedved. Subsequent heroes like Jan Koller and Petr Cech helped them reach the semi-finals in 2004 with the next generation making it to the quarter-finals in the ongoing tournament.

La Blanquirroja had its most successful period of football in the 1970s, qualifying for three World Cups (1970, 1978, 1982). Furthermore, they also won the Copa America in 1975 with some of the greatest players the country has produced. Names like Hector Chumpitaz, Hugo Sotil and Teofilo Cubillas.

That period of glory was followed by some underwhelming performances, as they failed to qualify for any subsequent World Cups. The last decade however has seen them regain some of their lost glory.

Though they have not won silverware again, they finished third at the 2011 and 2015 Copa America as well as qualifying for the 2018 World Cup. Their best finish has undoubtedly been winning the silver medal at the 2019 edition, losing to Brazil in the final. In the ongoing tournament, they finished fourth and are firmly on the rise in world football.

The country has undergone a series of changes in name and geographical location, with two former identities bringing in the trophies. Playing as Congo-Kinshasa, they won the 1968 AFCON while subsequently as Zaire, they won the 1974 edition. Powered by Ndaye Mulamba and Kakoto Etepe (two of their highest goalscorers), those years were the peak of their success. 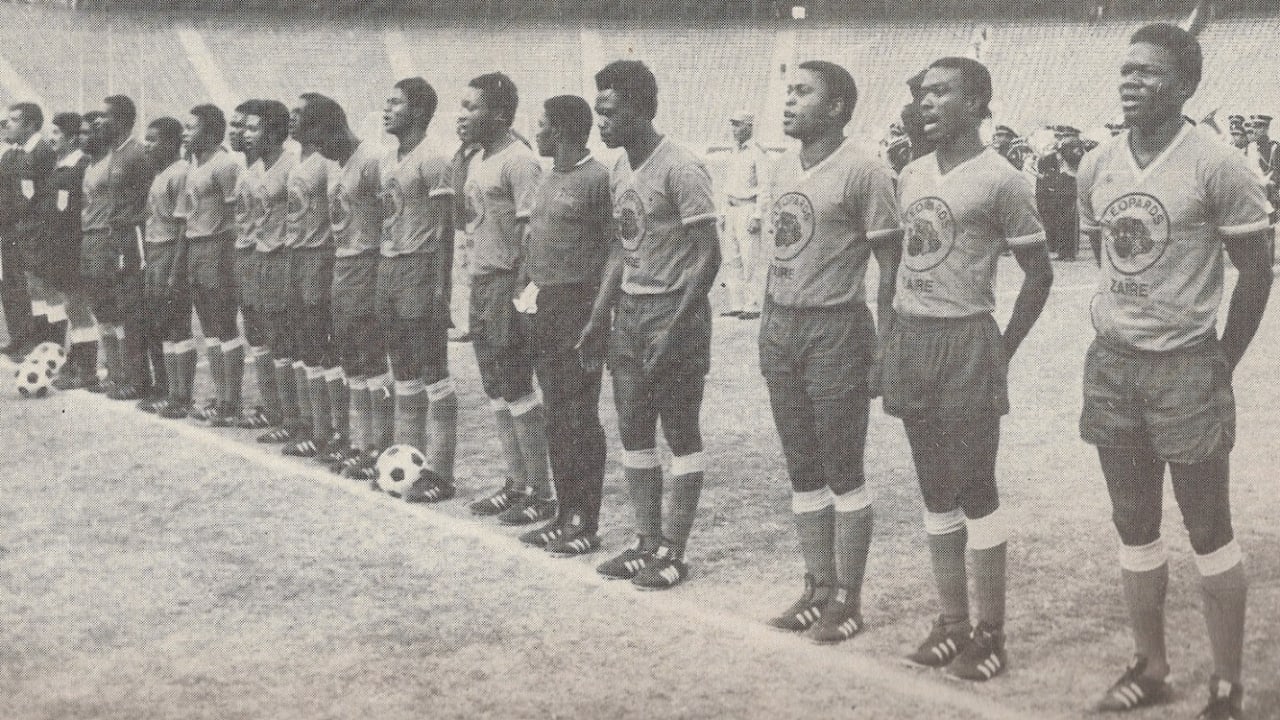 Since then, they have regressed on the world stage with their sole appearance at the World Cup coming in 1974. They have fared better in the continental competition with third-placed finishes in 1998 and 2015. With the growing gulf between nations in Africa, it is hard to see them climbing the heights of their championship years.

Like the namesake neighbours, Congo or the Republic of the Congo have been one of the least successful teams in Africa. They have not yet qualified for the World Cup with their only crowning moment as a footballing nation coming in 1972. Congo, known as the People’s Republic of Congo back then, banked on the talents of their greatest player Francois M’Pele who is a PSG legend.

It was his performances that led to their triumph but that was as good as it got. Though they managed to finish fourth in 1974, that was followed by their most recent solid performance in 2015. Congo made it to the quarter-finals which was followed by three straight qualification misses including the 2021 edition.

The tragic tale of how two civil wars and political strife turned the focus from a once footballing force to a lowly averaging team. Sudan were a force to reckon with in the 1960s and ‘70s with players like Mustafa Azhari, Nasr El-Din Abbas (top goalscorer) and Siddiq Manzul. However, it has been a steady decline since then for the nation. They have not yet qualified for a World Cup while their best recent performance at the AFCON was reaching the quarter-finals in 2012. Sudan has managed to qualify for the 2021 edition as well and will be hoping to put on a much improved performance in order to establish themselves as a force once again.

It did not come home. One of the strongest footballing nations due to their talents and training, it is strange that the Three Lions have been under-performing so much. Their World Cup triumph of 1966 remains the highest point for the football-crazy nation, with the team failing to even reach a final since then.

That had been put to rest at the ongoing Euros, with Gareth Southgate’s squad reaching the final. They fell agonizingly short, losing out in the penalty shootout. Thus, the wait for their first continental trophy and only their second piece of silverware in history continues.

A lot had been riding on this young team and the pressure was intense. Not since Euro 1996 had the team been cheered on so much. Many thought their salvation was just around the corner at the 2018 World Cup but they exited at the hands of surprise finalists Croatia. This run to the final has been just rewarding for their on-field and off-field progress in recent years. However, falling this close to the finish line will hurt for a long time for all involved.

La Verde have become South America’s whipping boys in recent times, failing to make it out of the group stage in eight of the last nine tournaments. However, they do have the distinction of former champions as they won the 1963 edition that they themselves hosted. Taking advantage of the high altitude playing conditions, Bolivia beat Brazil in their final group match to lift the trophy. Since then, they have struggled to match those heights but there has been glimpses of improvement. Bolivia finished as runners-up in 1997 and reached the quarter-finals in 2015, the latter their best result since the millennium. Having just been knocked out at the first round once again, they will be hoping to do much better during the upcoming World Cup qualifiers to reach their first global tournament since 1994.

The former Soviet Union had been one of the successful teams at the Euros. Apart from winning the maiden Championship in 1960, they managed to finish runners-up three more times (1964, 1972, 1988). Their success of 1960 had some of the stalwarts of that era including Lev Yashin, Igor Netto and Valentin Ivanov. After their breakup in 1992, the new Russian nation has been sporadically successful at the international level. 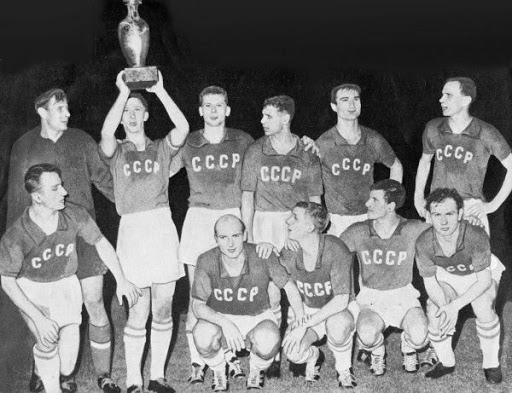 They won the bronze at Euro 2008 with a solid base of star players like Igor Akinfeev, Sergei Semak, Andrey Arshavin, Yuri Zhirkov among others. On the World Cup front, they managed to finish fourth in 1966 before periods of qualifying and non-qualification. 2018 saw another highlight when they hosted the tournament and made it to the quarter-finals beating 2010 champions Spain along the way.