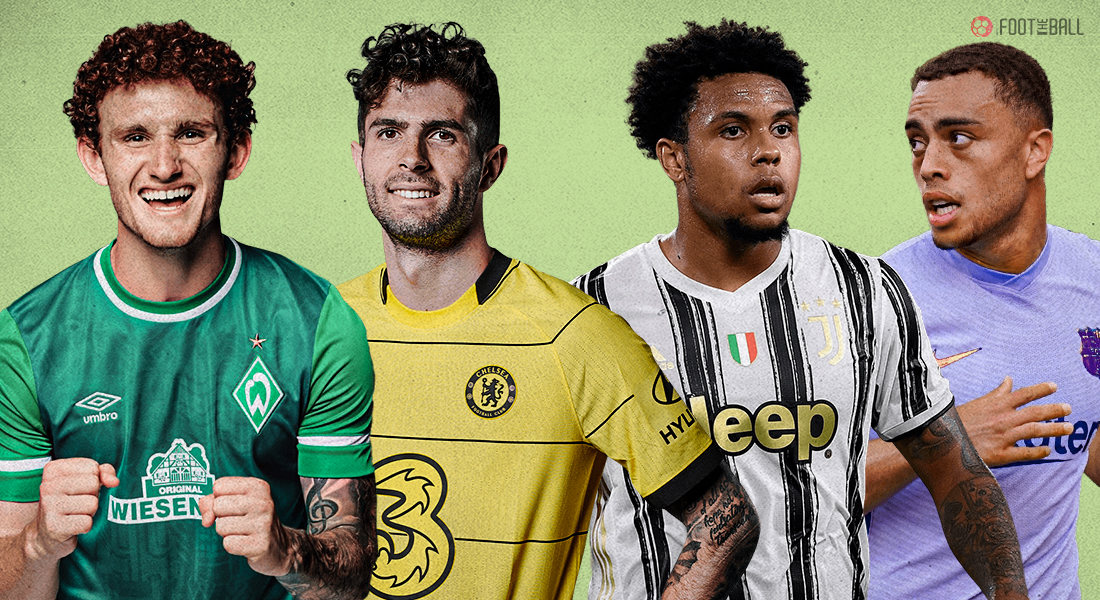 Norwich City have successfully signed Werder Bremen forward and U.S. football player Josh Sargent from the German top division ahead of the beginning of the new Premier League season.

The 21-year old American joins the English club for a fee of £8 million/ $11 million. He had joined the German outfit in 2017 and made his first-team debut in 2018 in Germany. 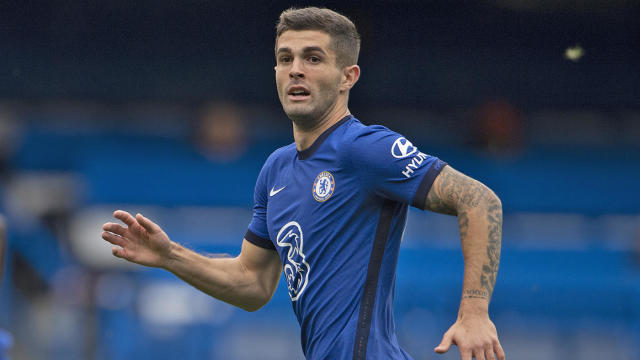 As Sargent signs for Norwich City, FootTheBall takes a look at the top 10 most expensive U.S. football players in the game.

Forward-turned-defender Bryan Reynolds joined Italian club AS Roma on a permanent deal this summer and has thus become the 9th most expensive American football player in the process.

The 20-year old right-back had come to the Italian peninsula in February this year as part of a loan agreement between American club North Texas SC and Italian outfit AS Roma with an obligation to buy after six months, which was activated earlier this month.

The now retired professional football player from Texas transferred from Fulham to Tottenham Hotspur in the summer of 2012 as he became the highest earning U.S. football player at that time.

His first goal for the Lilywhites came in their match with Premier League giants Manchester United at Old Trafford in Northwest England as Spurs won for the first time in 23 years at the Theatre of Dreams.

A year later he departed for MLS side Seattle Sounders in August 2013 before calling it a day in the beautiful game five years later in August 2018.

During the winter transfer window of 2014, Michael Bradley moved from Italian side AS Roma to Canadian club Toronto FC. This brought an end to his stay in Europe since 2008 when he joined German outfit Borussia Monchengladbach.

The former USMNT captain is now the skipper of Toronto FC in MLS and has made over 200 appearances for the Canadian outfit. This season he will be expected to lead from the front for the football club as they are currently languishing in last place in the Eastern Conference of MLS.

The former Werder Bremen forward signed for English club Norwich City in this very transfer window and became the 7th most expensive U.S. football player of all time.

The 21-year old said that it was a dream come true to secure a move to the Canaries who are going to play in the Premier League this season after being promoted from the Championship.

The forward praised the quality and competitiveness of the English top-flight and expressed his delight at the prospect of competing with some of the world’s best football players.

Son of former Ballon d’Or winner George Weah, Timothy Weah earned a transfer from Paris-Saint Germain to Lille in the summer of 2019 for around $11 million on a five-year contract until 2024.

He was unlucky to be sidelined for the majority of the 2019-20 season due to two hamstring injuries that prevented him from playing in Ligue 1, but he made a return in the 2020-21 season as Lille pipped Paris-Saint Germain to the domestic league title.

Minutes have been hard to come by for the U.S. international in France, but given that he is still only 21 years old, one can expect him to achieve great things in the seasons to come in France as well as Europe.

In the summer of 2013, Jozy Altidore transferred from AZ Alkmaar in the Netherlands to Premier League club Sunderland on a four-year contract. He has earned more than 110 caps for the USMNT over the years and represented them at two FIFA World Cups.

Since 2015, he has been plying his trade at Toronto FC in Major League Soccer alongside compatriot Michael Bradley, getting on the scoresheet 60 times for the Canadian club in the domestic league.

John Brooks is an American defender who plays for German club VfL Wolfsburg in the German top-flight since 2017. Earlier he plied his trade at another German club, namely Hertha Berlin in the German capital before making the switch to Wolfsburg.

The transfer fee paid for him was a world record amount for an American football player at that time and he has gone on to make almost 100 appearances for Die Wolfe in four seasons at the club.

The American midfielder went to Juventus on a season-long loan from Schalke in the summer of 2020 before the Turin-based club signed him on a permanent basis in March 2021.

Good win and glad to be back on the scoresheet 🙏🏾🙏🏾 @2DaniLuiz pic.twitter.com/yTaR0shGzU

He made 46 appearances in total for Juventus in the 2020-21 season, scoring 6 goals across the campaign along with setting up Dejan Kulusevski’s goal in the Coppa Italia final against Atalanta in an eventual 2-1 win.

The American right-back came to the Catalan capital in the summer of 2020 from Dutch club Ajax signing a five-year contract and has made a name for himself ever since arriving at the Camp Nou.

Dest made 30 appearances for the Blaugrana in the 2020-21 season, scoring 2 goals and setting up 1 more as Barcelona finished third in La Liga behind Atletico and Real Madrid after amassing 79 points.

The American midfielder moved from Borussia Dortmund to Chelsea in January 2019, becoming the most expensive North American player of all time in the process.

Ever since his arrival, he has helped the Blues win a Champions League, meanwhile helping his national team to a runners-up finish in the 2019 Gold Cup only to better it two years later by winning the 2021 Gold Cup on home soil against fellow North American side Mexico.