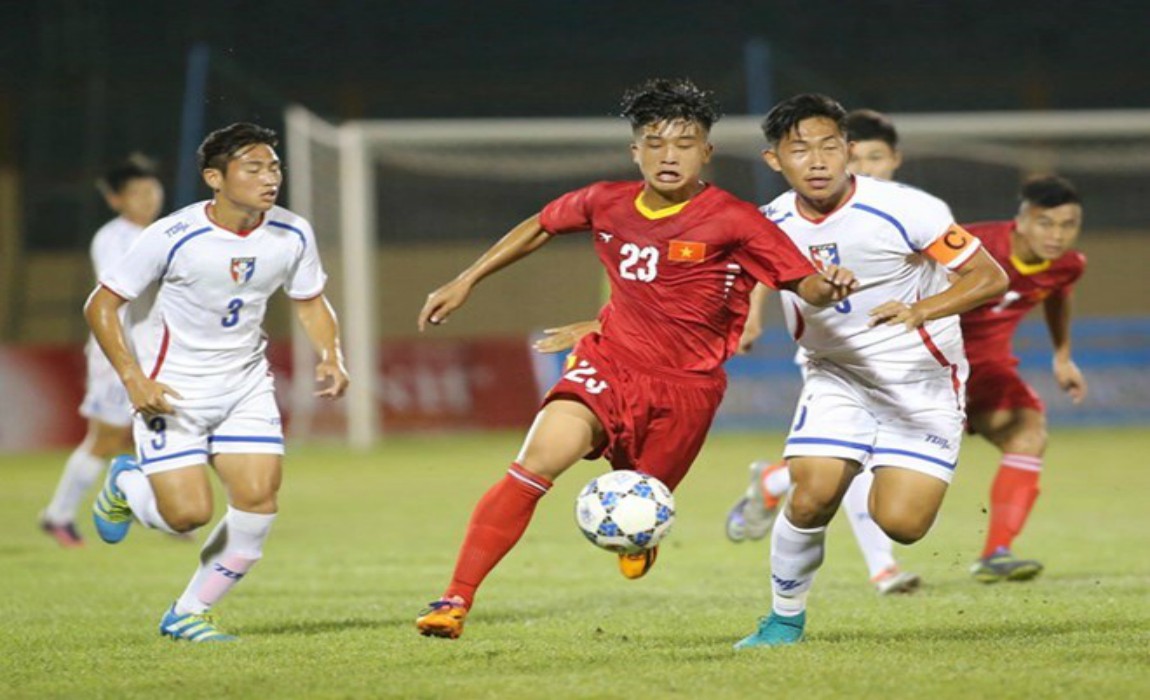 Vietnam Wins 2-0 Over Taiwan At U19 Football Tournament

Host Vietnam defeated Taiwan 2-0 in their opening match at the U19 International Football Tournament held in south central Nha Trang city on Tuesday.

Accordingly, the former player sent a free kick to the high far corner of the Chinese team’s goalkeeper while the latter made it 2-0 from a penalty shootout after he missed one opportunity in the first half.

The result pushed Vietnam to the top of the table in the five-team tournament.

Vietnamese Hoàng Anh Gia Lai FC and South Korean Gwangju shared the second position after their goalless match that was played before the opening ceremony on Tuesday.

Chinese Taipei will play Gwangju, and Vietnam will meet Myanmar on Wednesday.