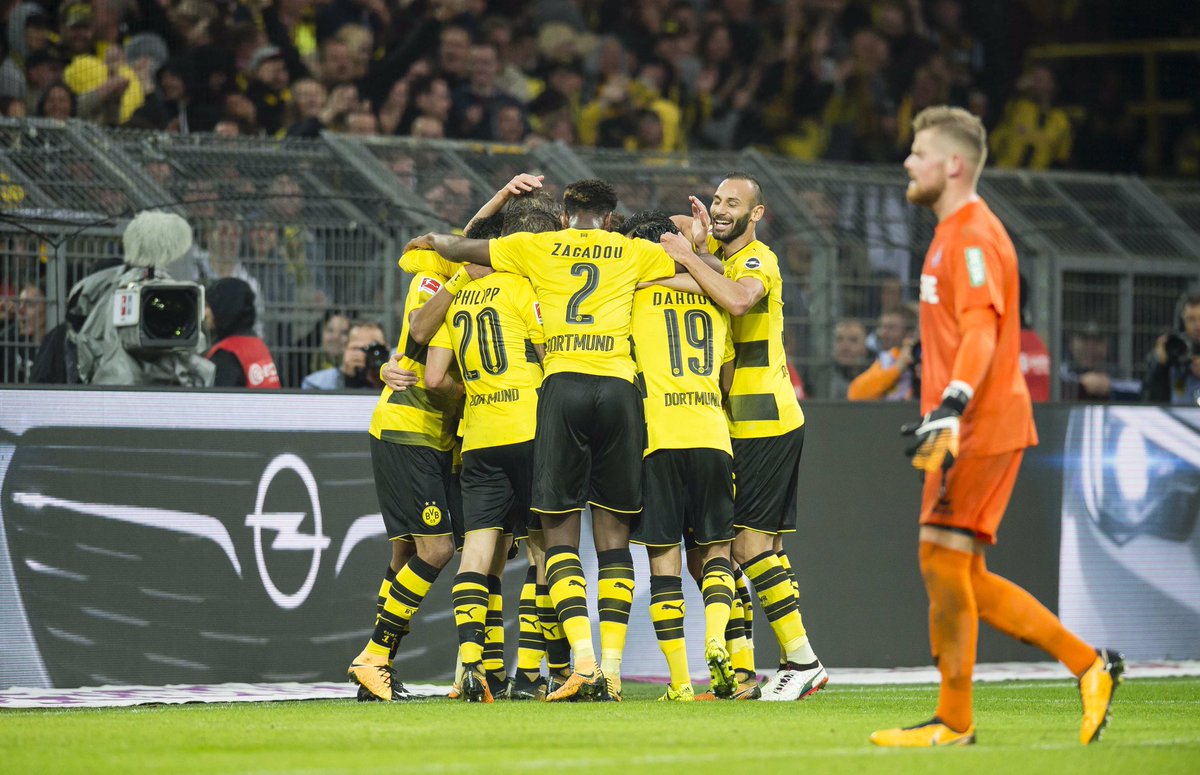 Kevin Volland’s brace helped Bayer Leverkusen to whitewash Freiburg 4-0, while Dortmund crushed Cologne 5-0 to move atop the standings at the closer of the 4th round of Bundesliga action on Sunday. 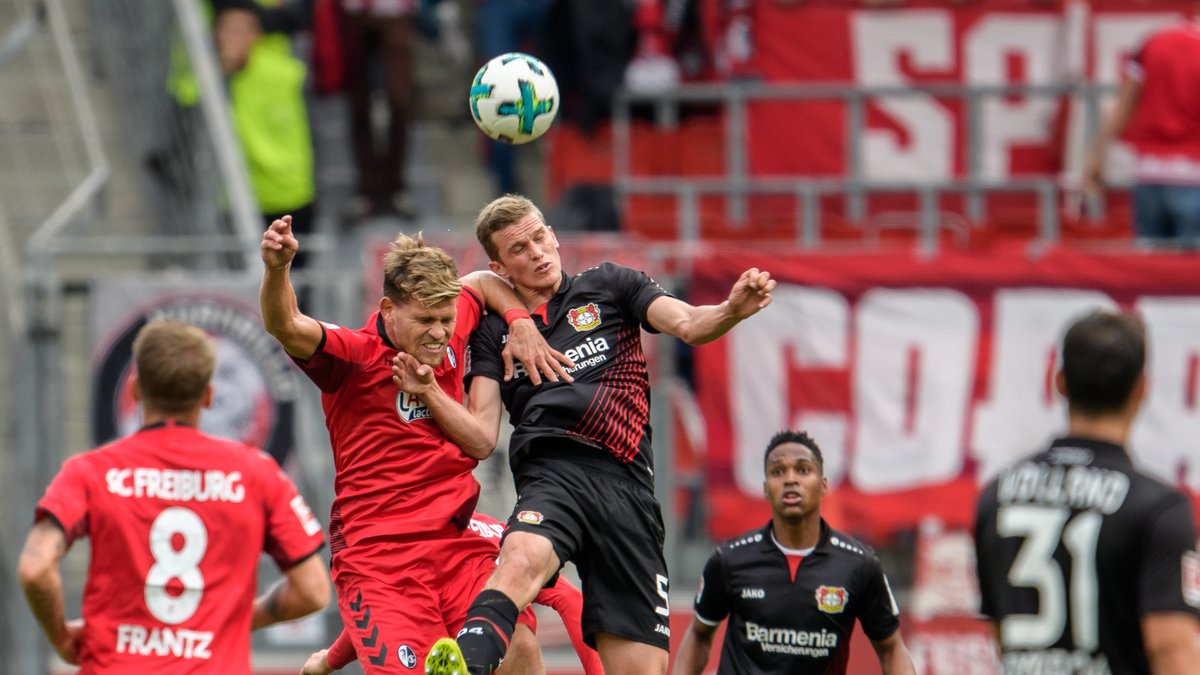 Three first-half goals smoothed the way for Bayer Leverkusen’s first victory of the season, while Freiburg are still waiting for their first win after suffering their second loss of the season. 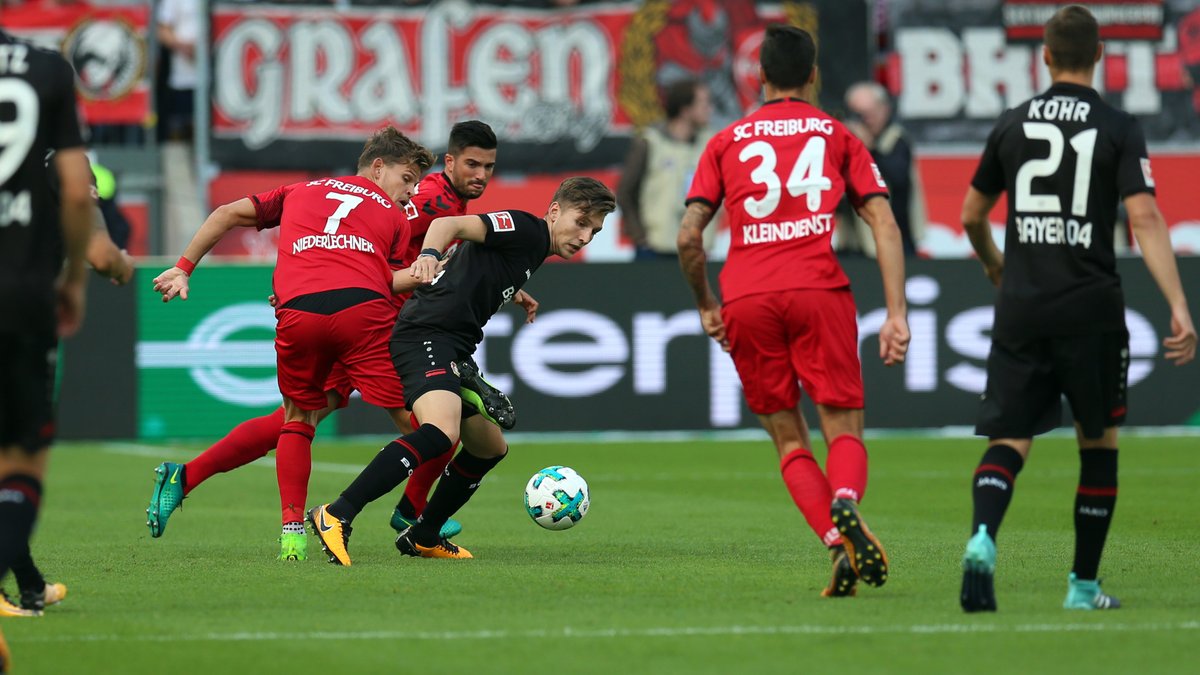 From the kick-off, Leverkusen left no doubt that they would secure three points on home soil as Karim Bellarabi and Kai Havertz came close early in the encounter. 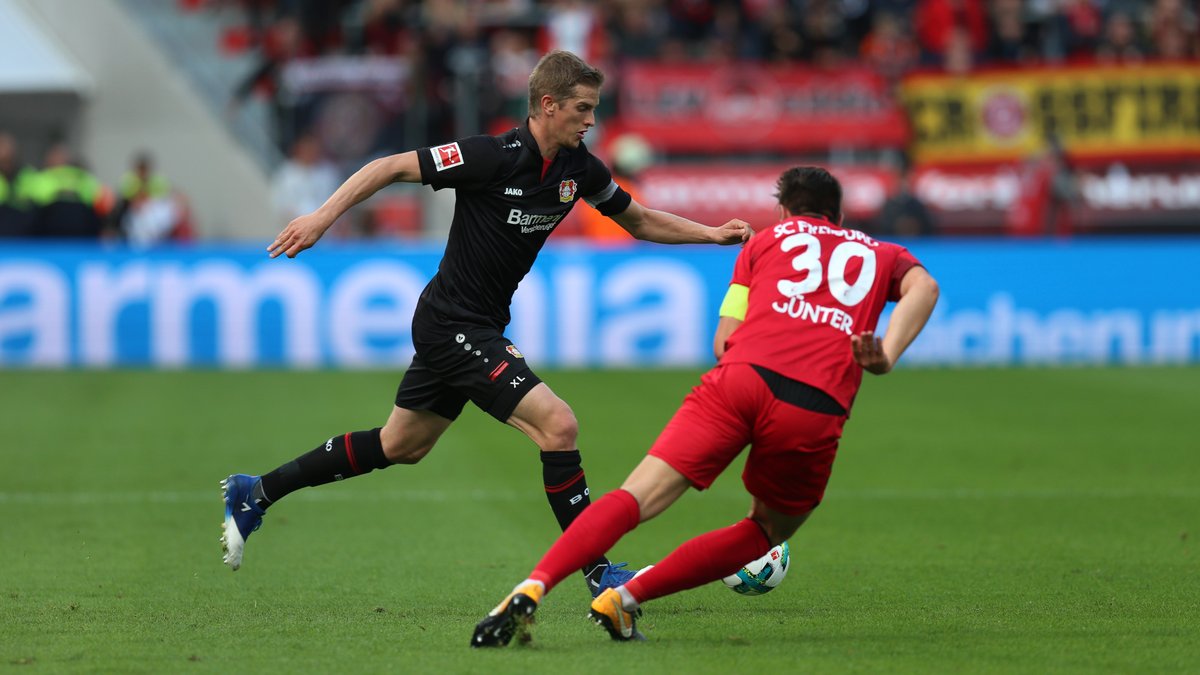 It was just a matter of time before Leverkusen’s dominance would pay off. Charles Aranguiz assisted with a square pass for Kevin Volland, who made sure to slot the opener into the top left corner with 21 minutes played. 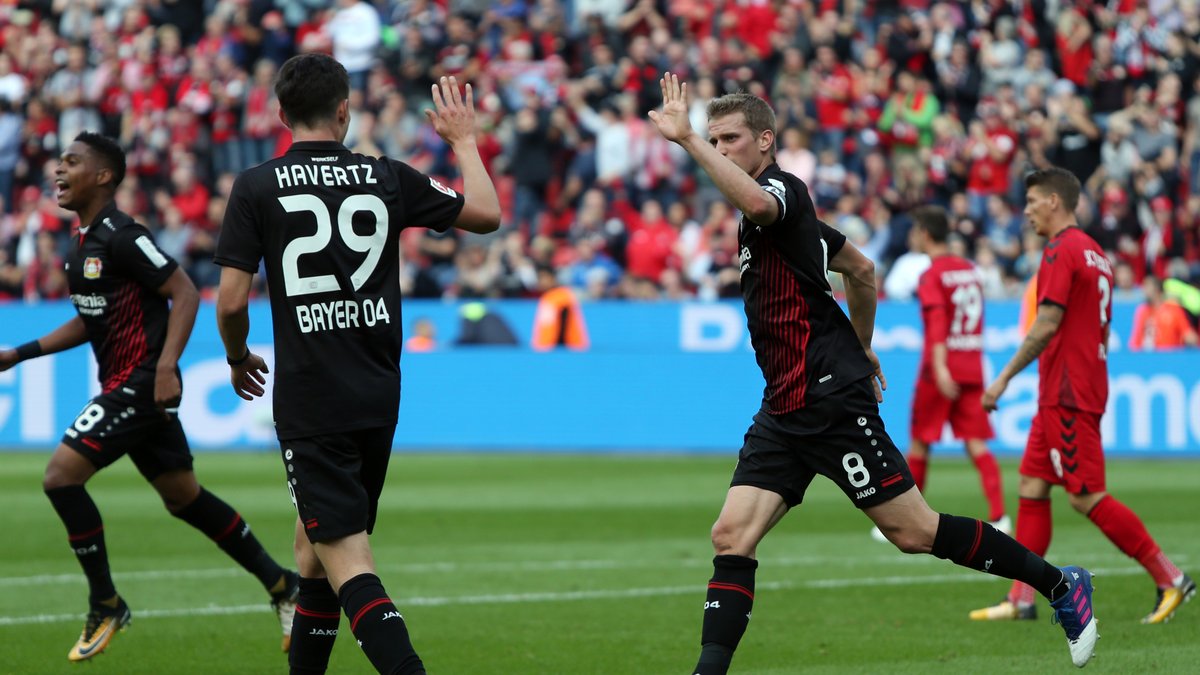 The hosts gained momentum and doubled the lead eight minutes later when Freiburg failed to clear a corner, allowing Aranguiz to hammer home into the far post corner. 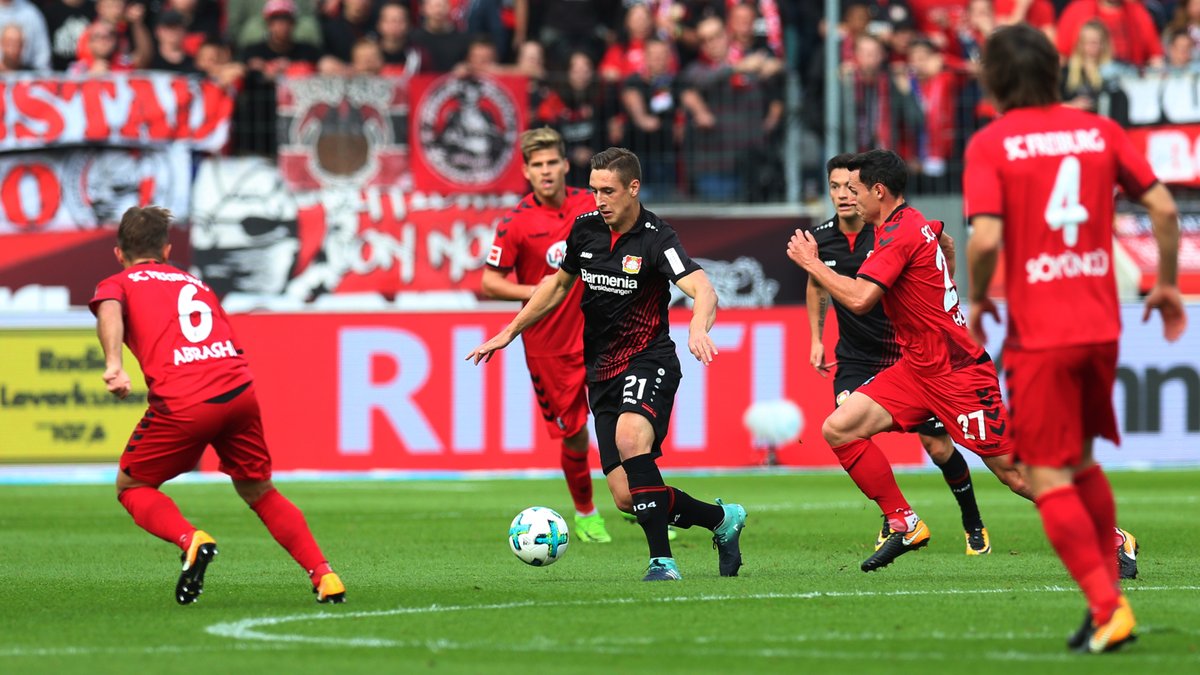 Things went from bad to worse for the visitors as Leverkusen kept it going. Kevin Volland wrapped up his double after tapping home Lars Bender’s pinpoint cross into the box to make it 3-0 on the scoreboards just 34 minutes into the game.

Even after the restart, the Werkself kept control of the proceedings on the pitch. Volland thought he had reaped a hat trick, but referee Sven Jablonski disallowed his goal after consultation with the video referee.

However, that didn’t stop the hosts from extending their lead in the closing period as Julian Brandt rounded off the rout with a fourth goal in the 86th minute.

With the result, Freiburg are still searching for their first three points while Leverkusen recorded their first win of the season. 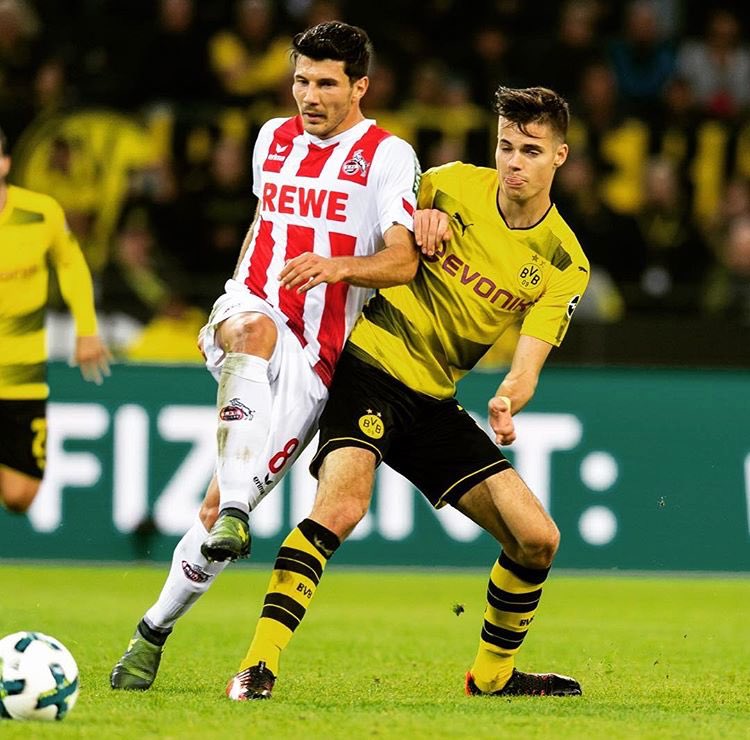 Borussia Dortmund climbed onto the first place of the Bundesliga table after overpowering winless Cologne with a 5-0 goal-festival. Pierre-Emerick Aubameyang and Maximilian Philipp had large shares on the hammering win as both provided a brace. 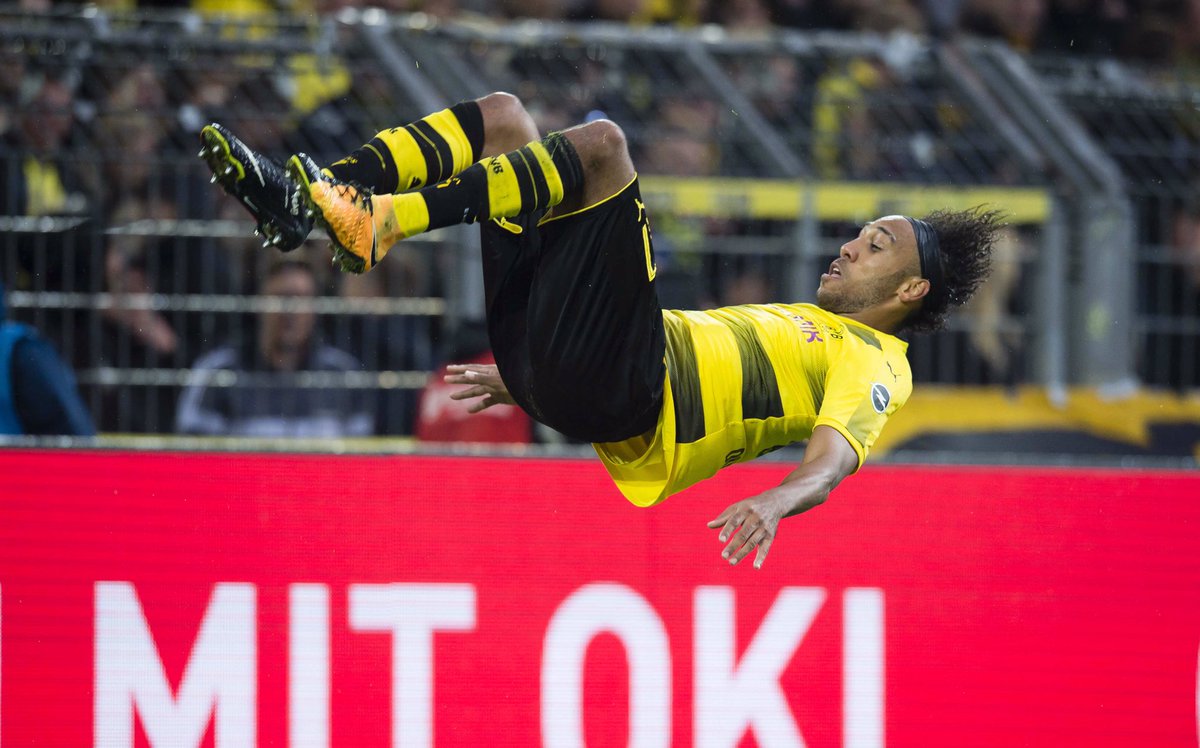 The BVB ensured a perfect start on the home front as Andrey Yarmolenko’s cross found Philipp, who broke the deadlock with a header with only two minutes into the game.

Dortmund dominated the harmless Billy Goats and yet they had to wait until the dying minutes of the first half before the video referee confirmed Sokratis’ header goal.

After the restart, the hosts reasserted their dominance and tripled the lead through Aubameyang, who kept his nerves from the spot to convert a handball penalty in the 59th minute. 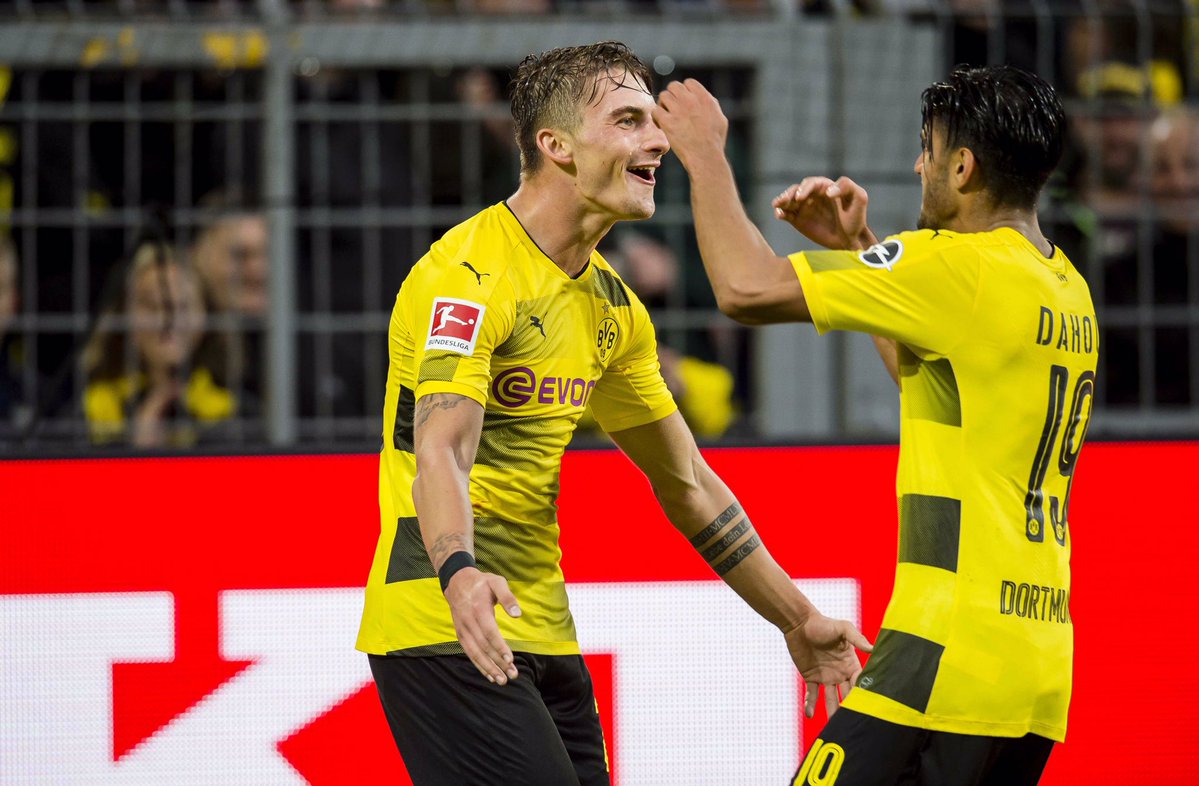 The Gabon international wasn’t done with the scoring and sealed his brace after tapping home a cross from Lukasz Piszczek one minute later.

Despite a four goal advantage, Dortmund remained on the front foot and added another goal to their lead as Philipp sewed up his double after chipping the ball over Cologne goalkeeper Timo Horn from a sharp angle in the 69th minute.

With the win, Dortmund take over the top spot in the Bundesliga, while Cologne suffer their fourth loss in as many games.