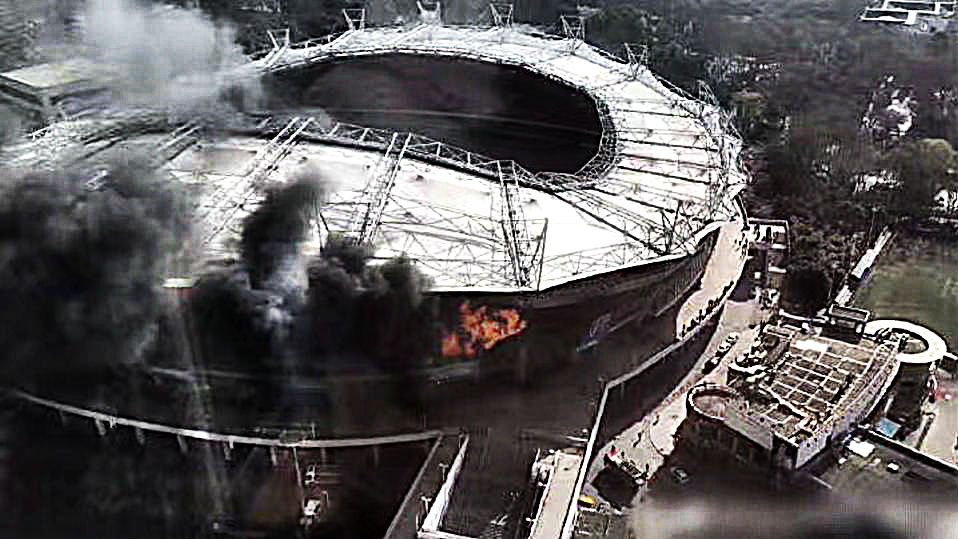 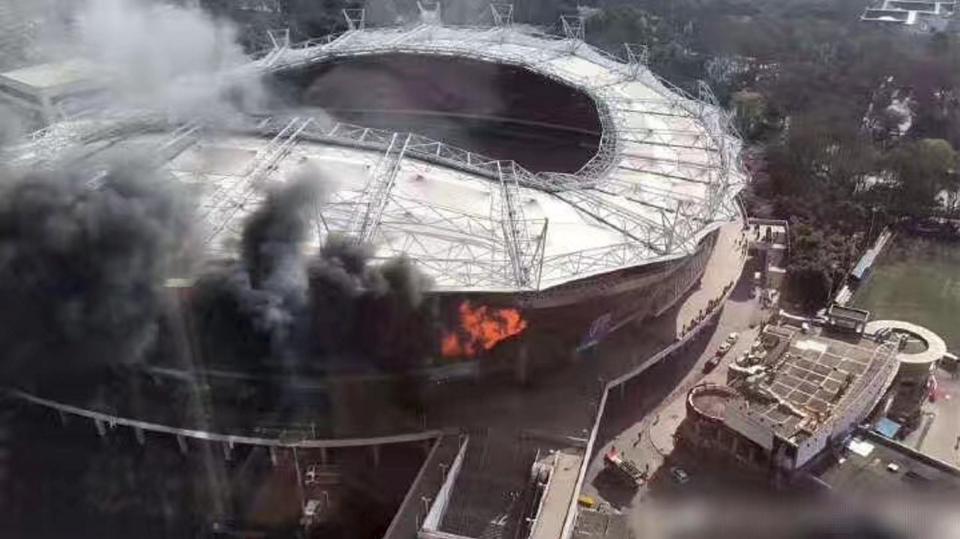 According to reports, there were no casualties and the fire was brought under control by mid-morning. 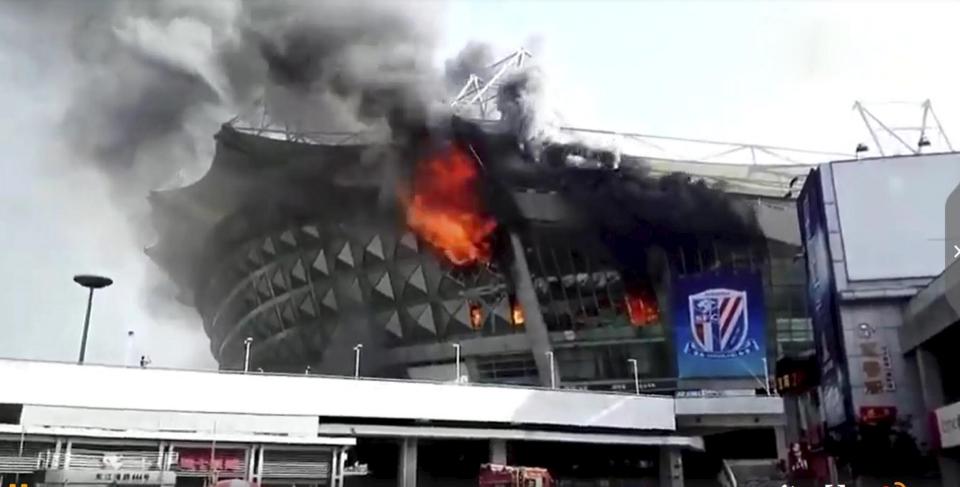 Shanghai city government announced on their official website that the cause of the fire at the Hongkou Football Stadium is still being investigated.

It appeared from pictures online that the fire rising from one side of the stadium but media reports stated that it had not affected the stands on the ground.

The Chinese Super League have splurged huge cash to rope in superstar players in the last two seasons. 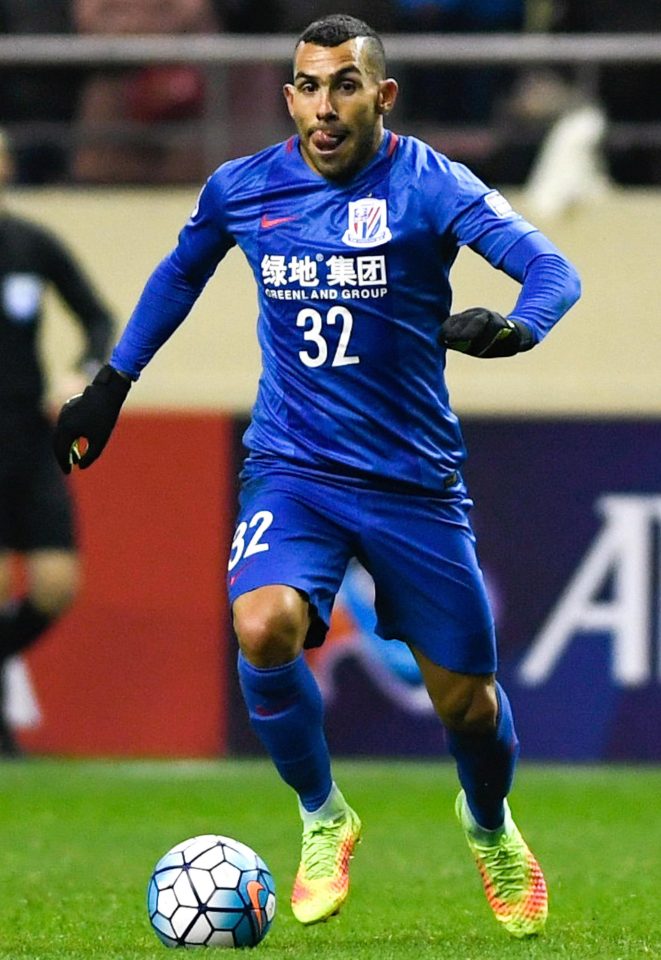 They secured the services of Argentine superstar Carlos Tevez on a two-year deal for a transfer fee of 84 million euros ($91.22 million). They also have other big names like Senegalese striker Demba Ba, Nigerian forward Obafemi Martins and Colombian midfielder Fredy Guarin. 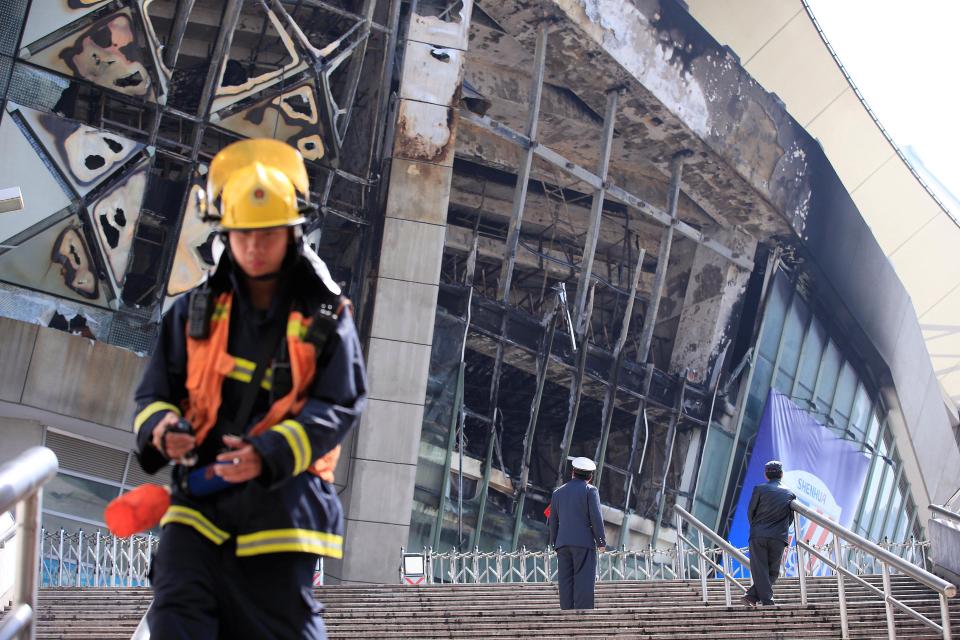 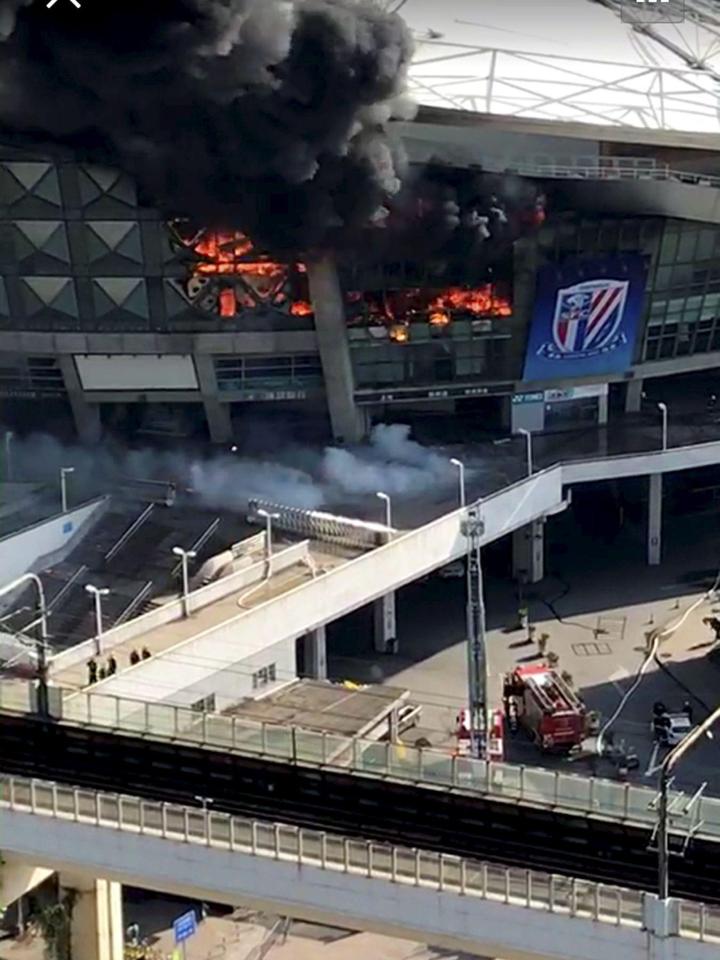 They crashed out of the AFC Champions League in February and the players along with the club hierarchy had felt obliged to apologise to fans. 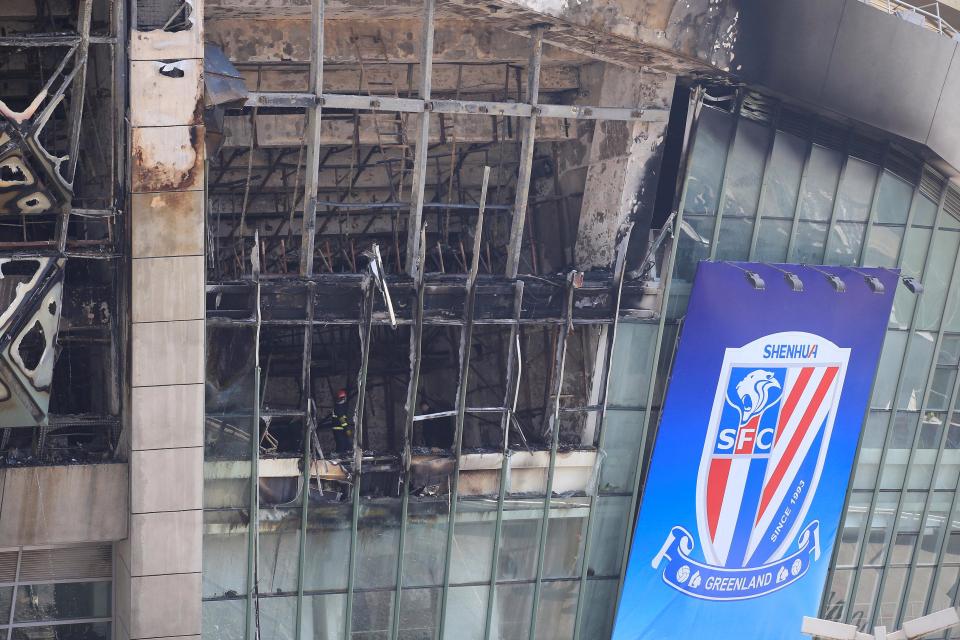 One person said on China’s popular Sina Weibo microblog: “Grateful there are no civilian casualties. As for the Shenhua emblem, it’s best to burn it into ashes.”