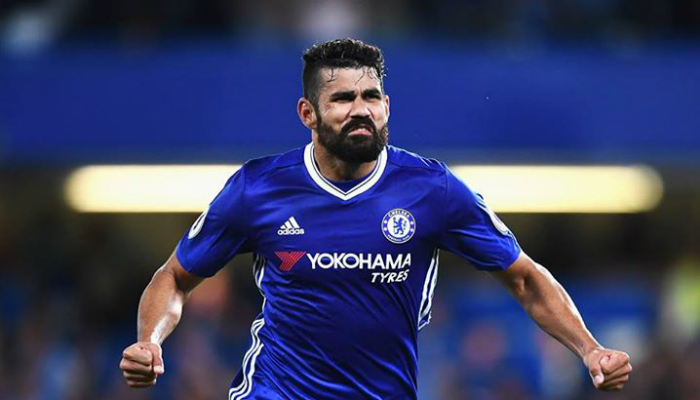 Hazard And Costa Power Conte’s Side To Dominant Win

Blues supporters at Stamford Bridge finally had something to rejoice about, after Chelsea beat West Ham United 2-1 in a thrilling encounter.

This marks Antonio Conte’s official debut for the club, as the blues sealed 3 points.

A disastrous 2015/16 campaign that saw Chelsea put on the worst title defense in the league’s history, looks to be in the past as the club started the new season with a win over London rivals.

However, West Ham managed to give away just 1 point in last seasons 2 games and the Hammers were hoping to carry on with the same form, but Costa and Hazard had something else in mind, as the Blues starlets scored one goal each to hand the Stamford Bridge outfit their first win of the season.

Conte played a 4-1-4-1 formation, with Diego Costa up-front, N’Golo Kante made his debut for Chelsea, but Cesc Fabregas and Mitchy Batshuayi were kept out of the starting eleven.

However, Kante was booked just three minutes into his debut game after a tackle on West Ham’s towering striker Andy Caroll.

Chelsea came very close to scoring when Branislav Ivanovic almost scored in the 13th minute, but the Serbian international was denied by a brilliant save from Adrian. 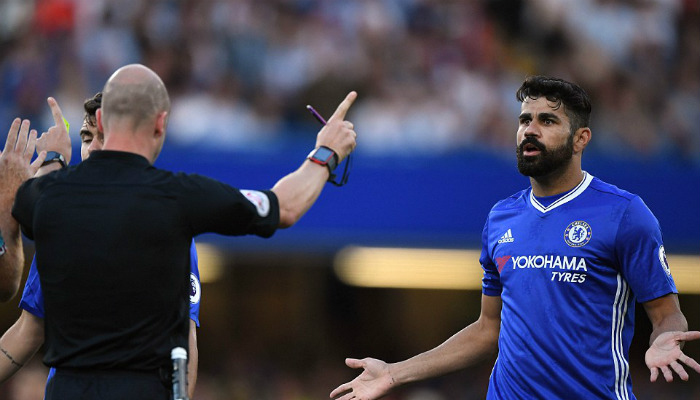 Costa was booked in the 19-minute after having a heated argument with the referee over a penalty appeal for a tackle on Oscar.

Chelsea dominated the first half, with 61-percent possession.

The first-half remained goalless but the blues looked sharp and so did Eden Hazard, the Belgian international looked sharp and he was constantly troubling defenders with his speed and dribbling.

Willian too looked sharp, as Chelsea’s POTD of last season nearly scored with a stunning free-kick. 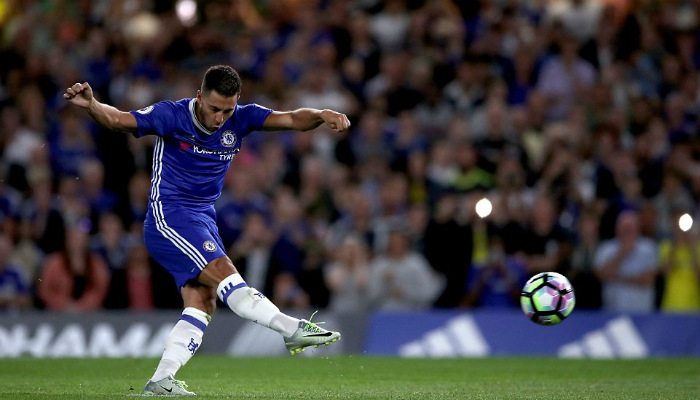 Chelsea took the lead within 52 seconds of the second half, after Michail Antonio committed a foul on Cesar Azpilicueta.

Hazard scored from the spot, opening his and Chelsea’s account for the season.

Willian again came very close to scoring in the 63rd minute with a powerful strike from the right, but Adrian again denied the Brazilian international. 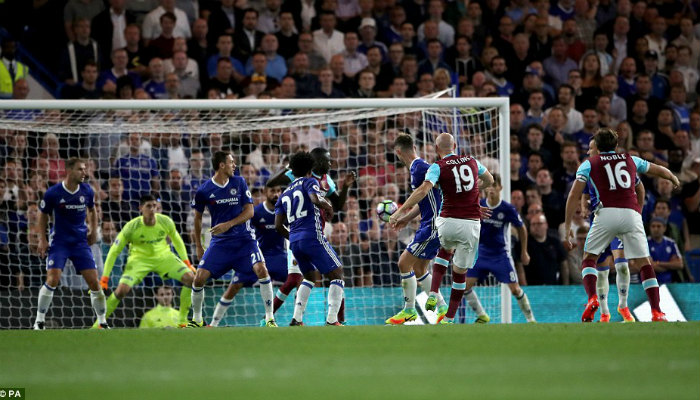 Steven Bilic introduced Dimitri Payet in the 63rd minute and the Frenchmen made an instant impact with a brilliant corner-kick, Payet found James Collins who headed the ball into the back of the net, leveling the score 1-1.

West Ham came back with all guns blazing, but Thibaut Courtois stayed calm as a cucumber.

The Blues managed to hold onto their lead in the final four minutes of injury-time.

The best moment of the match came after the game got over, with Chelsea captain celebrating by hugging boss Antonio Conte in show of passion and will. 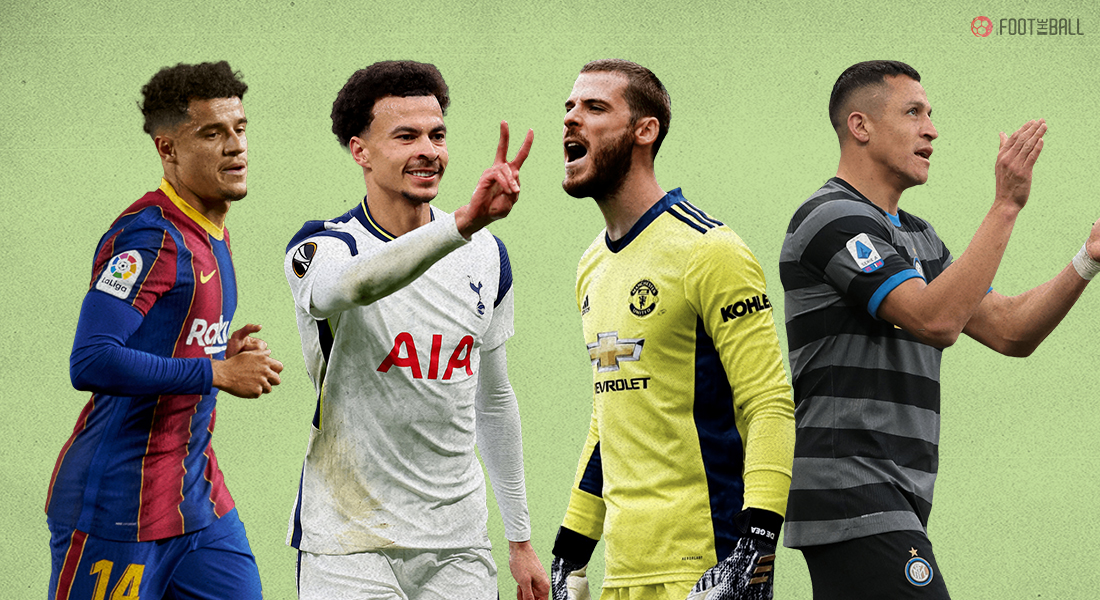