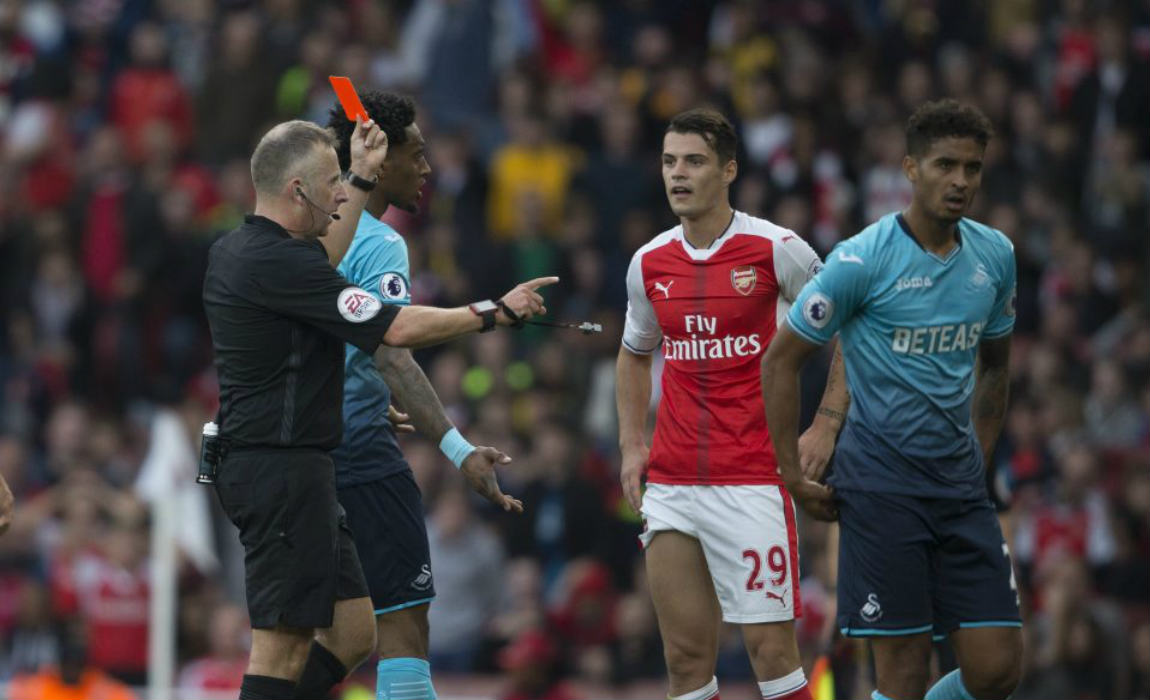 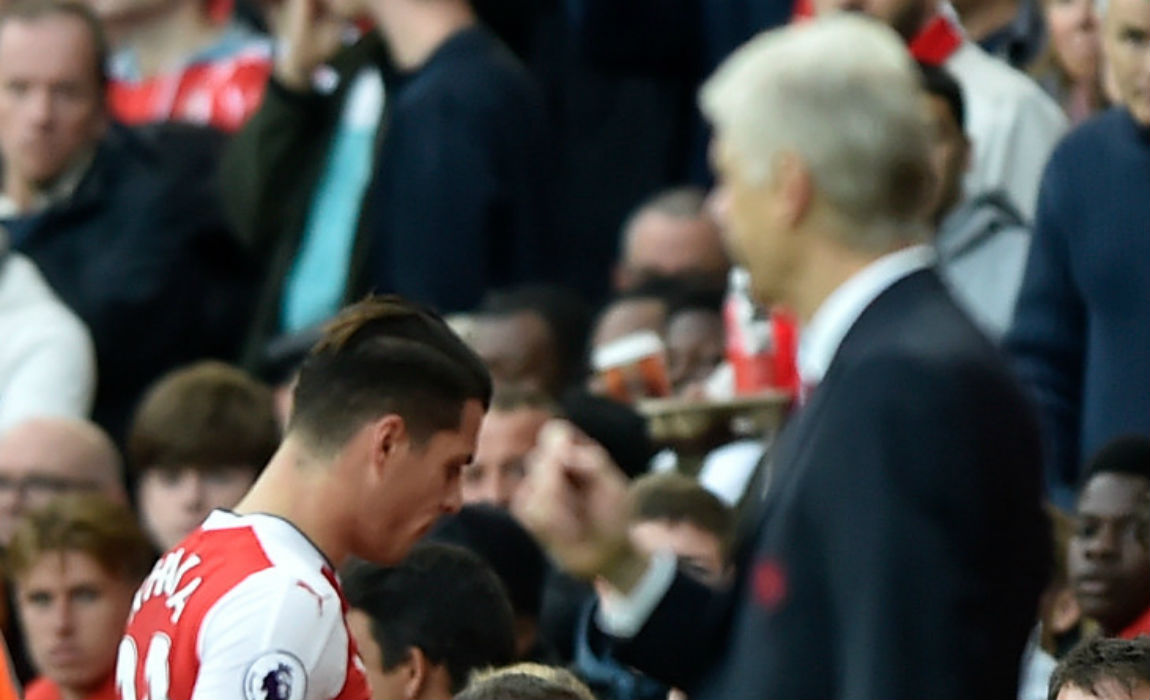 However, referee Jon Moss branded the tackle as a serious offense and immediately showed Xhaka the red card – concluding that the Swiss midfielder had deliberately kicked his opponent rather than hacking him down to the ground.

Arsenal will be without the services of Xhaka in the upcoming Premier League encounters against Middlesbrough and Sunderland and also the EFL Cup clash with Reading.

Arsenal would now rest their hopes upon defensive midfielder Francis Coquelin, who recently returned from an injury. 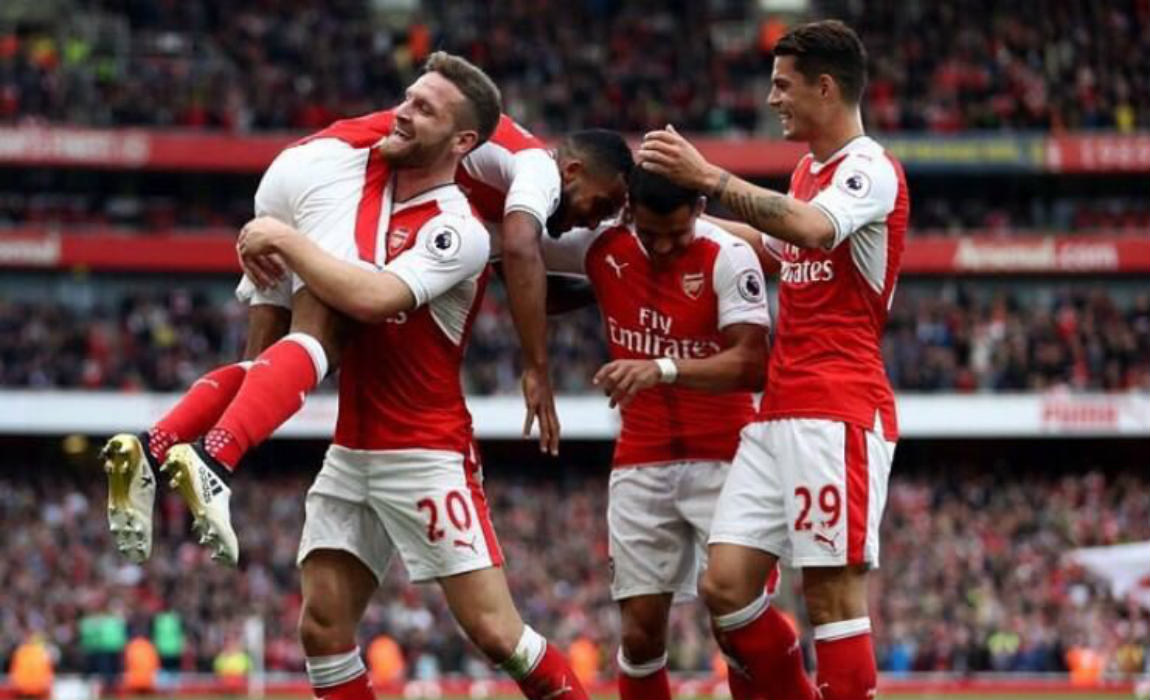 Walcott scored a brace followed by Ozil’s volley to score the third for Arsenal. Swansea came back strong into the game with goals from Gylfi Sigurdsson and Borja Baston. Bob Bradley’s side lacked the finishing during the final minutes and failed to clinch the much needed equaliser as the Gunners bagged all the three points with a 3-2 win over the Swans.

Wenger insisted that Xhaka’s sending off was harsh but he made it clear that the club would not launch an appeal and asserted that the Swiss midfielder needs to learn from his mistakes.