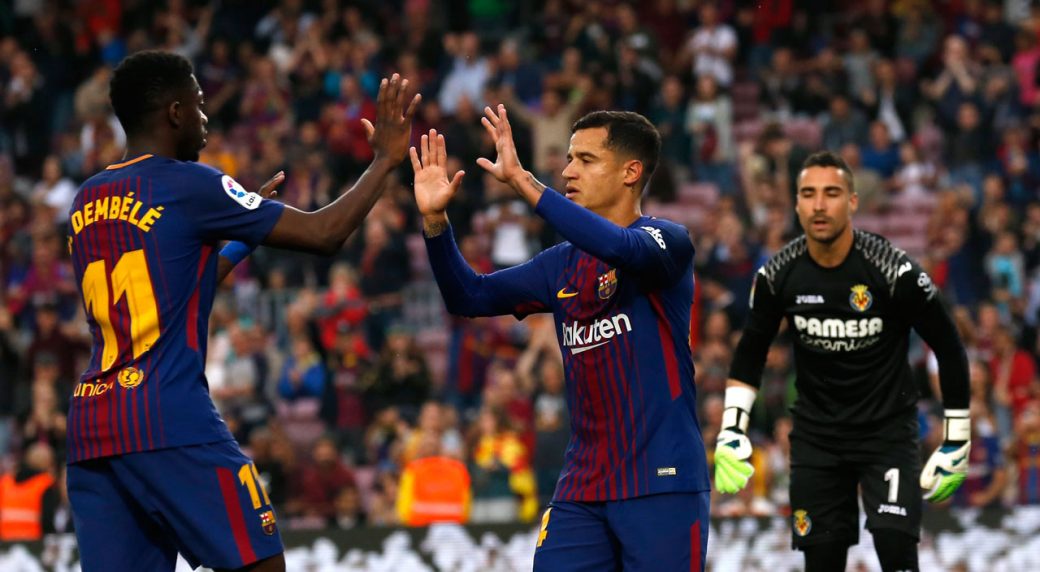 FC Barcelona continued their incredible unbeaten run with a 5-1 home win over Villarreal, who themselves needed a win to assure a place in next season’s Europa League.

In a game postponed from matchday 34, Barca coach Ernesto Valverde made several changes to his starting 11, but Andres Ineista was in the side and had a hand in Barca’s second and third goals as the league champions went in 3-0 up at the break. 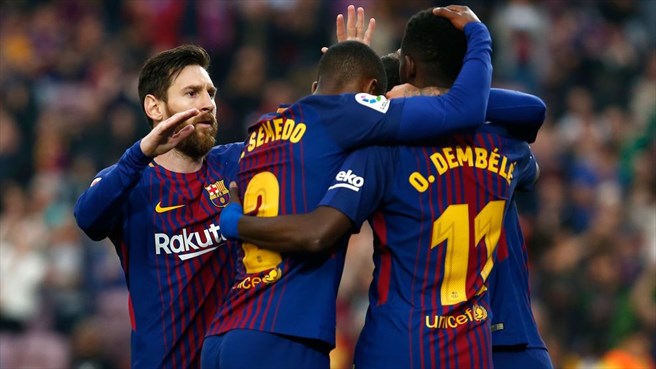 After Phillipe Coutinho opened the scoring after just 8 minutes, Iniesta teed up Jordi Alba who passed for Paulinho to make it 2-0 and his wonderful ball over the Villarreal defense allowed Leo Messi to net his 35th league goal of the season. 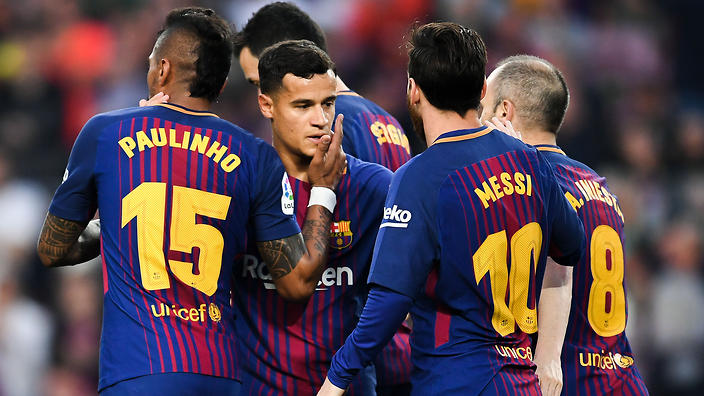 A deflected shot allowed Nicola Sansone to give Villarreal hope, but Ivan Rakitic set up Ousmane Dembele for Barca’s fourth of the game and the big money Frenchman netted his second of the match to make it 5-1 in the closing minutes.

The day’s other game same Real Madrid suffer a 3-2 defeat away to Sevilla, which means they are now 18 points behind Barca in the Liga Santander. 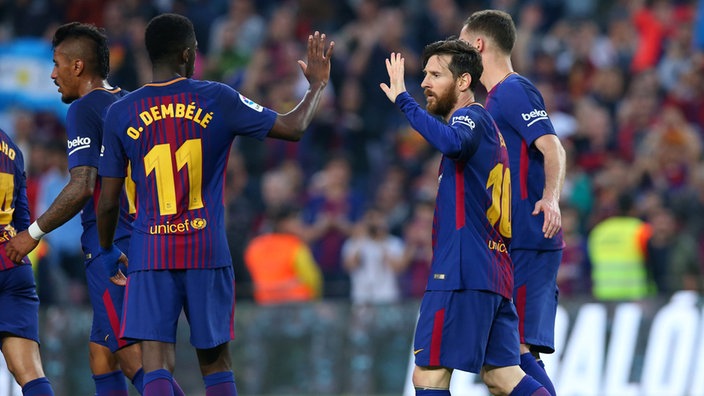 Real Madrid rested several first team players as Zinedine Zidane rotated his squad ahead of the Champions League final and were made to suffer against a rival who have not won both their matches since Joaquin Caparros returned to the club. 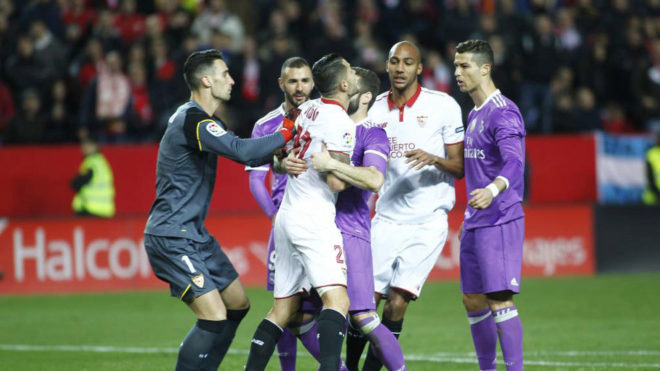 Wissan Ben Yedder opened the scoring for Sevilla, who doubled their lead before the break through Miguel Layun on the stroke of halftime. 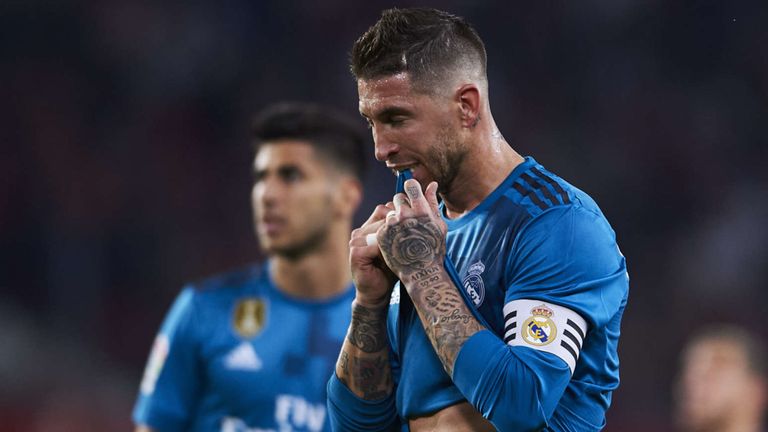 Sergio Ramos then missed a penalty for Madrid against his former club as he hit his spot kick against the bar and then delighted the home fans with an own goal six minutes from the end. 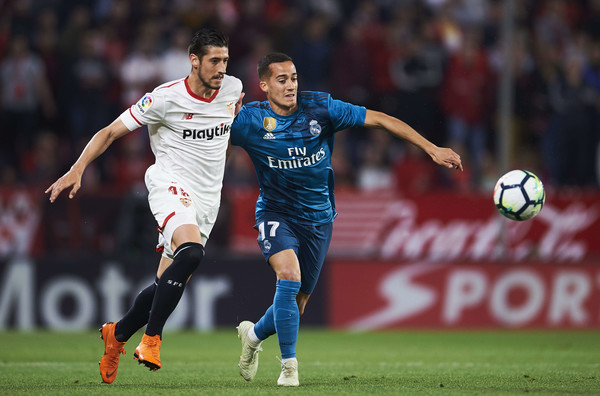 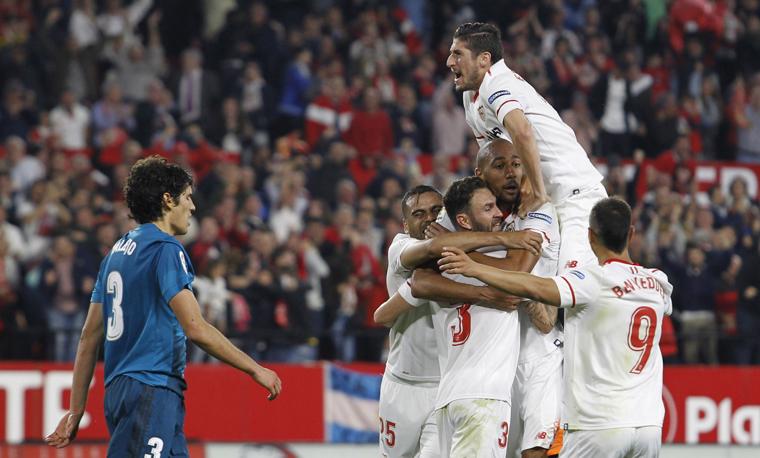 Although youngster Borja Mayoral pulled back a goal for Madrid with three minutes to go and Ramos scored a penalty at his second attempt, Sevilla held on for a win which lifts them into seventh place which would see them into Europe again next season.