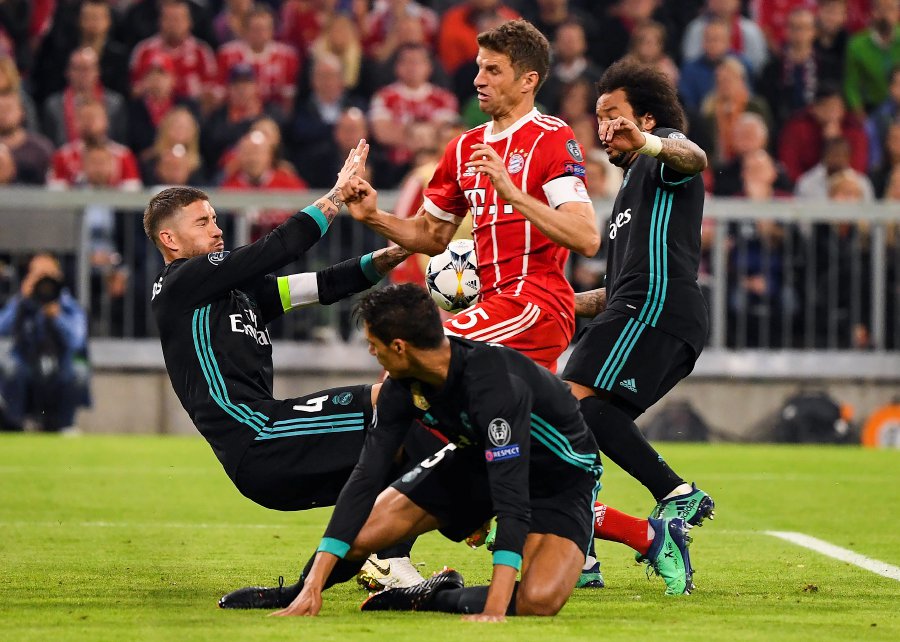 To listen to Thomas Mueller or Joshua Kimmich or their coach Jupp Heynckes is to listen to men full of determination and obsessed with turning around the disappointing 2-1 defeat in the first leg.

Fans around the globe are now wondering if the 2017/2018 Bundesliga champions are strong enough to reach the 2018 Champions League final.

Having lost the last six matches against Real Madrid, some assume Bayern’s statements are driven by desperation.

The 2017/2018 Champions League campaign has shown itself to be a year of stunning comebacks and Bayern’s struggling stars seem to be ready for a surprise.

“We are fully focused on our tasks,” Bayern defender Niklas Suele emphasizes. The game plan can only be to score two goals and keep a clean sheet at the back, the 22-year-old told German media.

Bayern, Suele adds, does not need to hide. “I have rarely seen Real Madrid delivering such a poor performance as they did in the first leg,” the central defender commented ahead of the most significant challenge of his career as he is expected to be the man to stop Cristiano Ronaldo.

Besides their own plans Bayern has also been quick to point out Real Madrid’s defensive frailties. Juventus’ 3-1 win in the quarterfinals is mentioned as well as Bayern’s 2-1 lead after 90 minutes last season leading to extra time (4-2 Real).

Bayern’s hopes rest on Robert Lewandowski who delivered a poor performance in the first leg and has only scored five goals in this season’s campaign.

29-year-old Lewandowski is world class, Heynckes insists. The Bayern coach raised his voice when the Pole’s position in the starting line-up was questioned.

“You believe I would leave him out on the bench?” Heynckes angrily asked. “He is world class, no discussions. He scored 39 goals this season, many strikers in Europe dream of such a record. Lewandowski sidelined; nonsense,” Heynkes said.