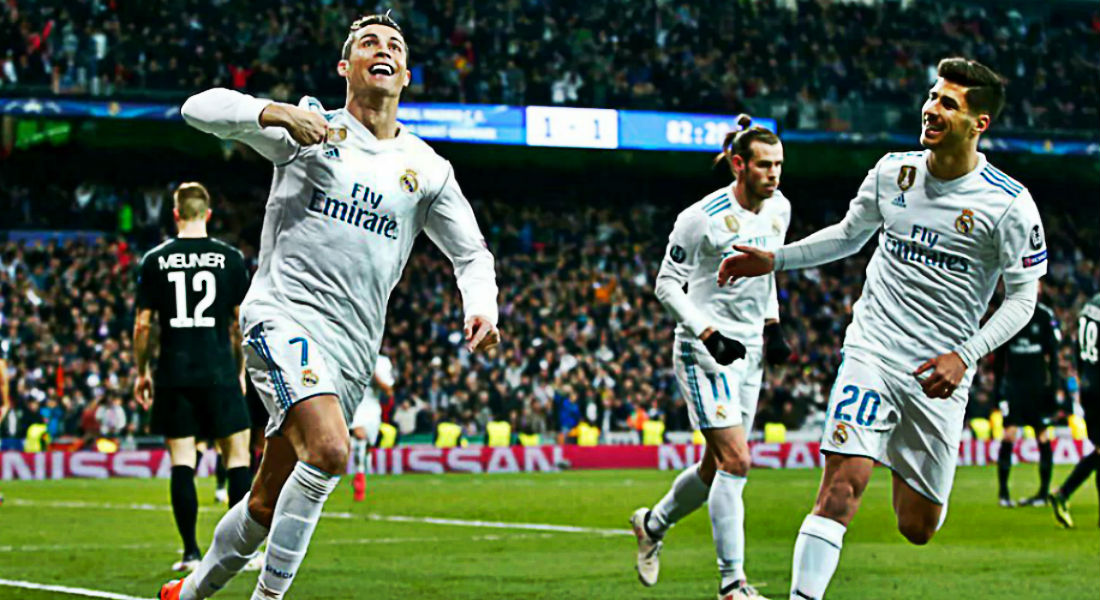 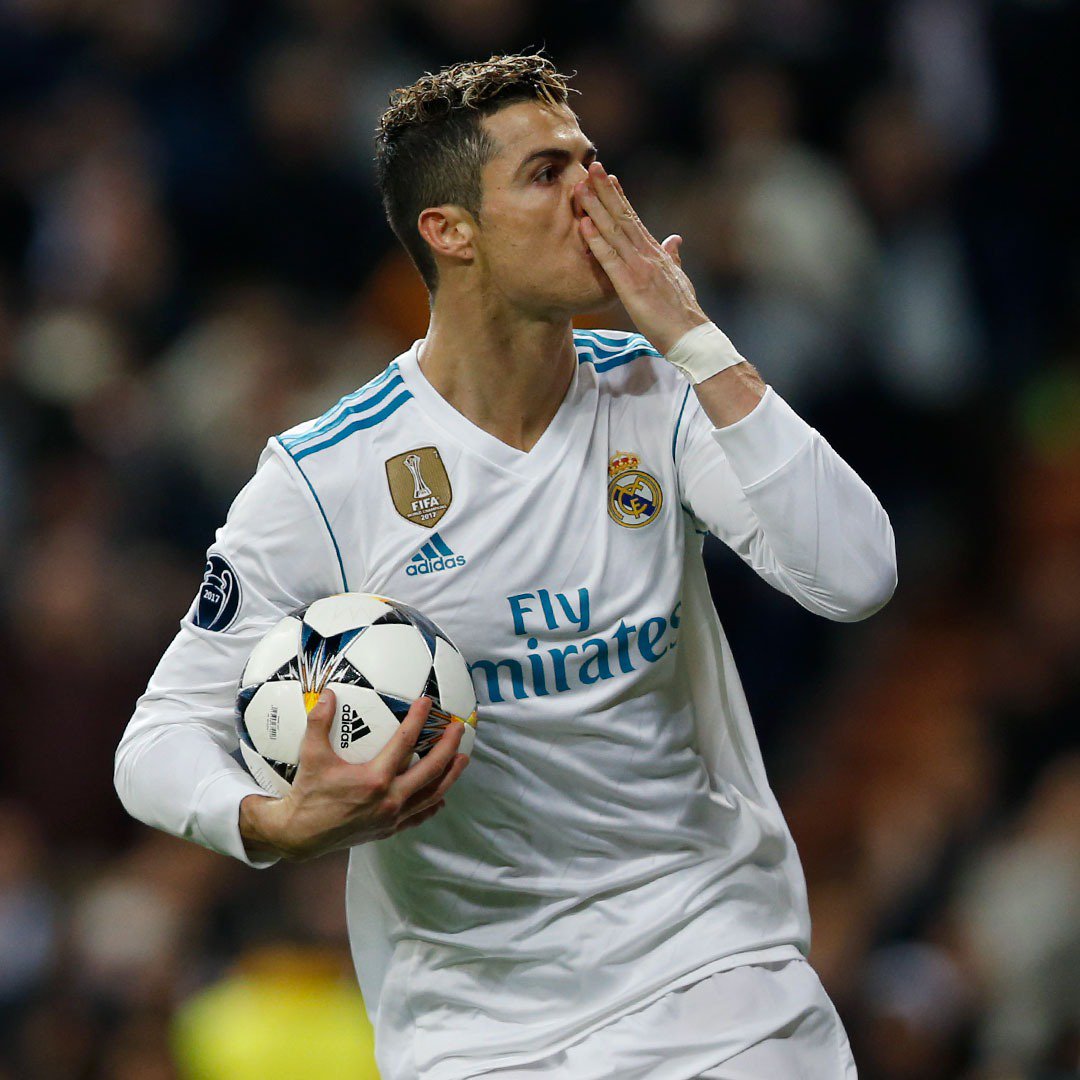 Substitute Marco Asensio was the key to a result which had barely looked likely with just 10 minutes left in the game and the score was 1-1.

Asensio produced two assists after entering the game as a 78th minute substitute, first to see Ronaldo put Madrid 2-1 ahead as the ball rebounded off his knee and then for Marcelo to make it 3-1 with a left foot shot which gives Madrid a two-goal cushion to take to Paris in three weeks. 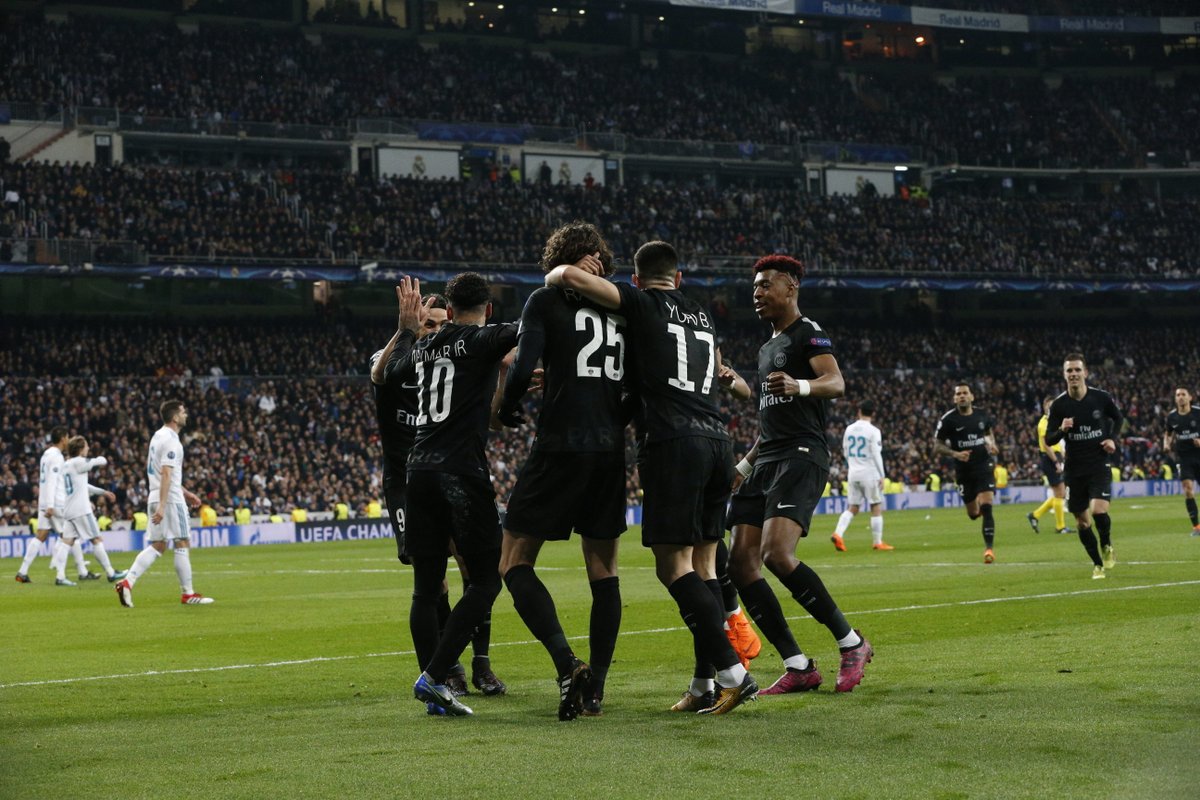 Zinedine Zidane produced a surprise in his starting 11 when he left Gareth Bale out and gave a start to Isco, but the tactic appeared to work in the opening minutes as Madrid forced PSG to play very deep.

Karim Benzema had a shot well saved by Alphonse Areola in the fifth minute and Areola did even better to block an effort from Ronaldo after a counter-attack provoked by a slip from Neymar, who at times was guilty trying to take on the whole Madrid defense and his frustration had already boiled over into a booking. 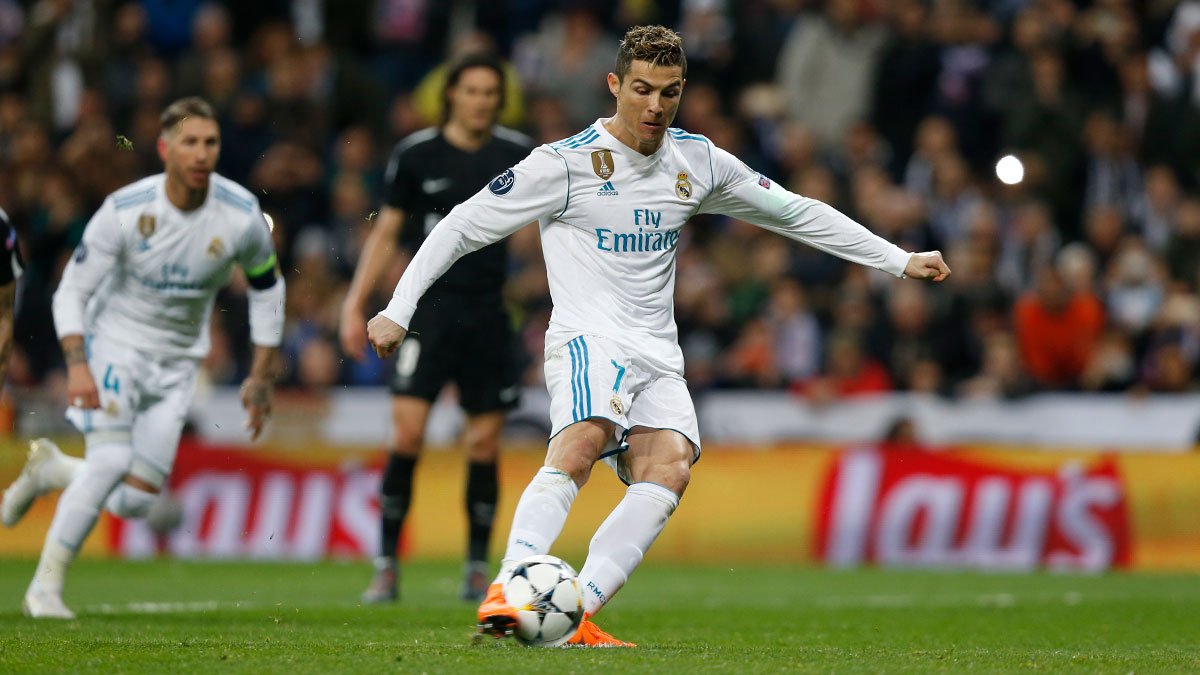 However, he had a hand in the opening goal as he was able to set up Adrien Rabiot to sidefoot past Keylor Navas following a fine run form Kylian Mbappe after 32 minutes.

Madrid equalized from the penalty spot after Tony Kroos drew a foul in the PSG area allowing Ronaldo to beat Areola.

Mbappe forced a fine save from Navas at the start of the second half and the visitors claimed a penalty when Rabiot’ s shot from the rebound struck Sergio Ramos on the arm. 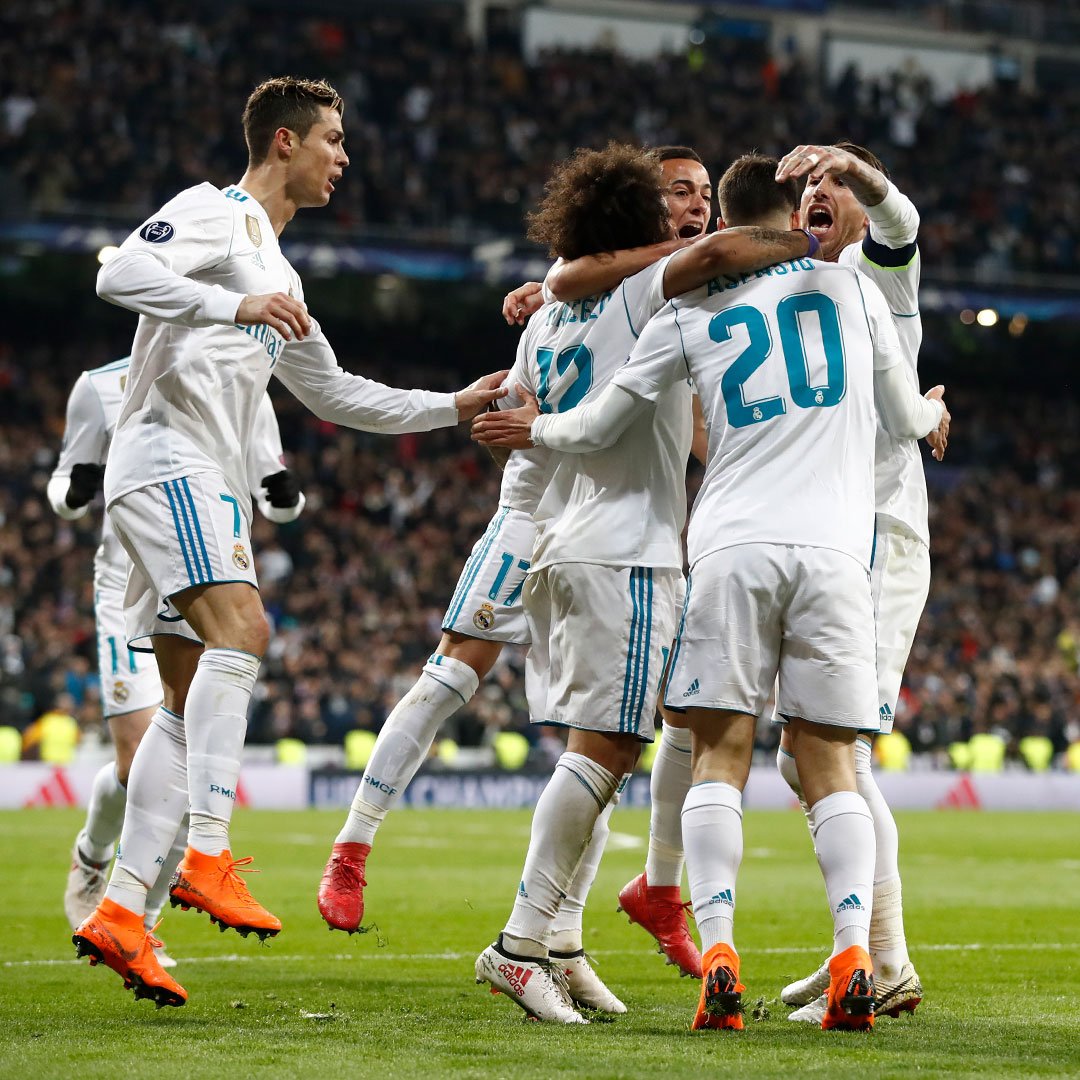 Paris coach Unai Emery replaced Cavani with Thomas Meunier, while Bale came on for Benzema with 22 minutes left as PSG looked to be getting on top of a Madrid side that has faded in the second half of their games all season.

Ramos stuck out a leg to deny Kimpembe following a corner, while Yuri’s low cross from the left was inches away from finding a finish from Dani Alves. 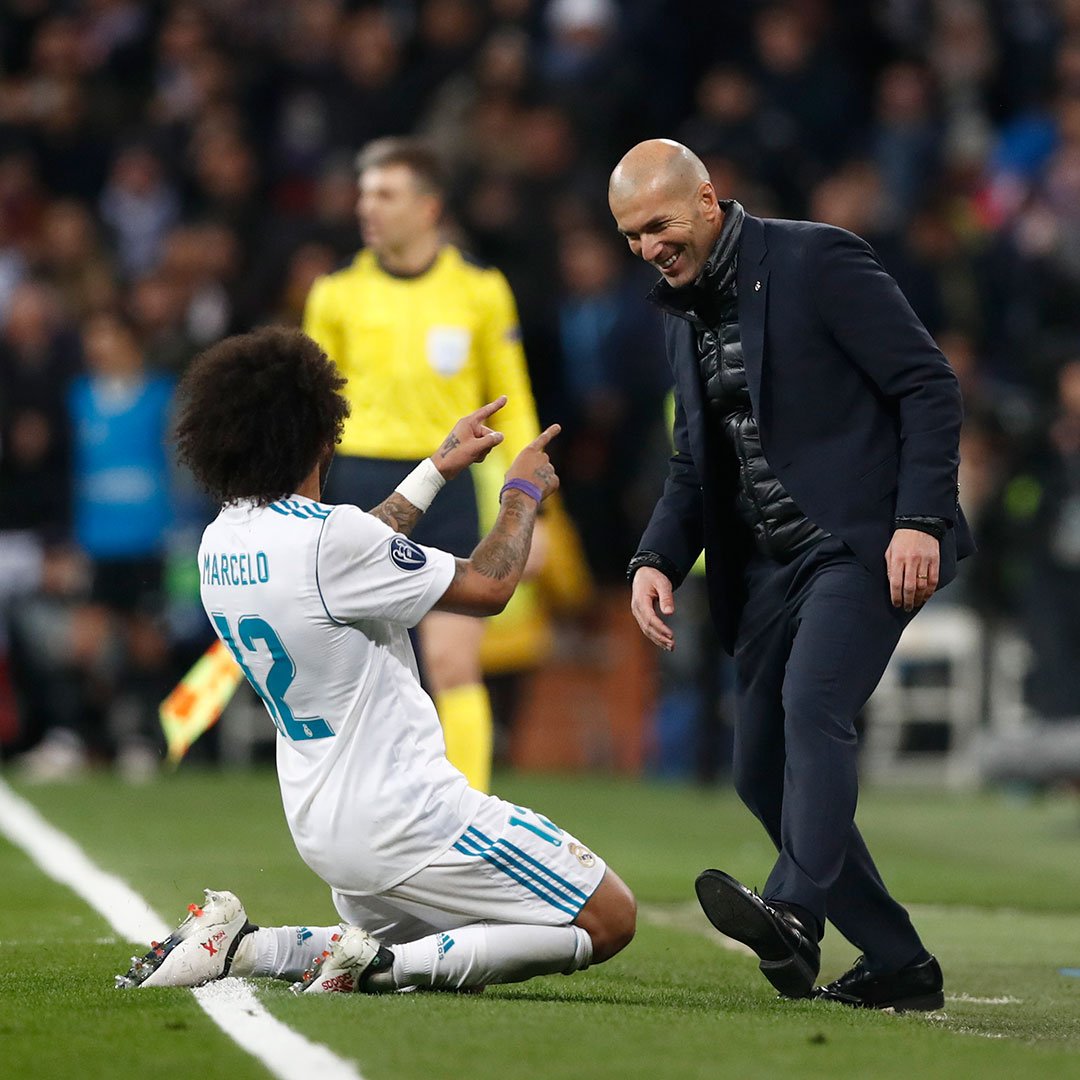 With his side visibly suffering Zidane brought on forwards Lucas Vazquez and Marco Asensio and his courage was rewarded with Asensio’s late show.